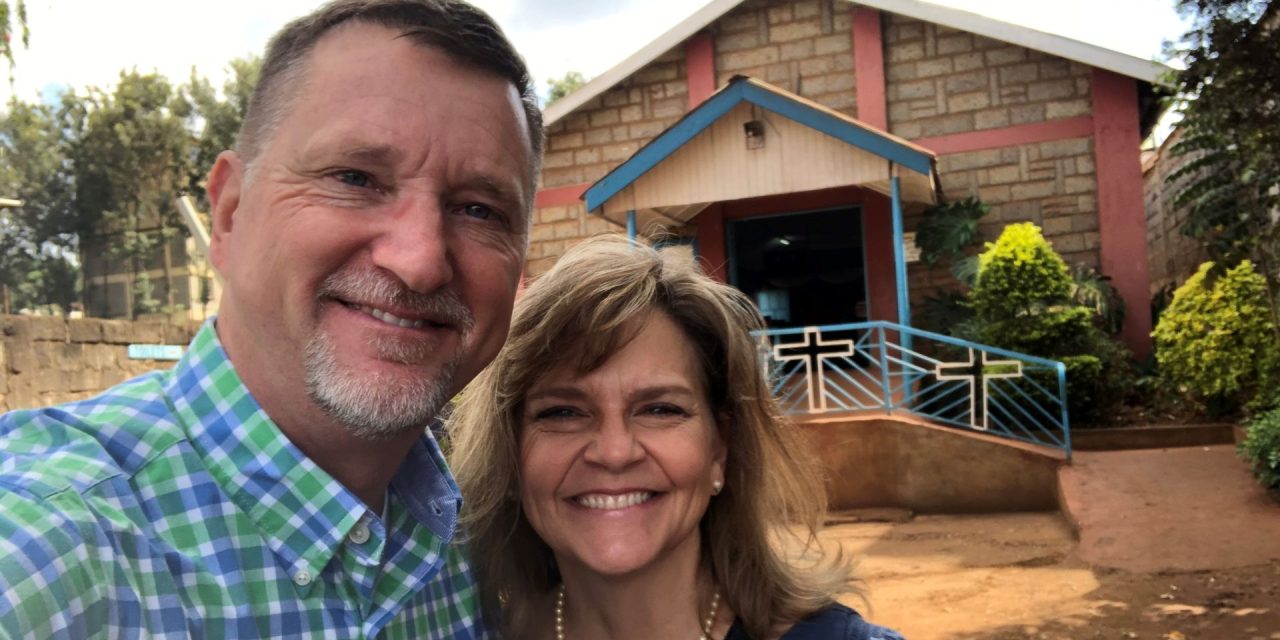 Shawna Davis grew up in Taichung, Taiwan where her parents served as International Mission Board (IMB) missionaries, but it wasn’t until she went on a mission trip to East Asia in 1988 as an Oklahoma Baptist University (OBU) student that she surrendered her life to serving God wherever He would have her.

That commitment led to her and her husband, Daren, being appointed as long-term IMB missionaries in 1997.

“We served as church planters among the Lozi people of western Zambia until 2008,” Davis said. “Then we lived in Botswana from 2008-16, serving as leaders over the southern part of Africa and the Indian Ocean Islands. In 2016, we moved to Nairobi, Kenya as the Affinity Group Leader over Sub-Saharan Africa and the IMB missionaries in that area.”

Davis said she was saved as an elementary student.

“I had become convicted of my sins and asked my parents one night to help me be saved,” she recalled. “They patiently and lovingly pointed me to Christ through Scripture. My mom had always had the habit of talking and praying with me, asking about my day and what was going on in my heart and mind, including how she could pray for me. She was doing this when I was so convicted of sin and when I asked how to be saved.”

While growing up, Davis spent the family’s stateside assignments in Marlow, where both sides of her family claimed as home. She had planned to attend OBU since her fourth-grade stateside time.

“During our time in the States, I became fast friends with Jessie Cox (now Genn). Her mother, Claudia Cox, was our GA leader at Marlow, First, and was very intentional to make me feel welcome in church and among the girls. Jessie and I promised as fourth graders to be college roommates at OBU, and we were.

Claudia has been faithfully praying for IMB missionaries, including Davis, for 40-plus years.

“Faithful intercession for missionaries and the work God is doing through them is essential,” Davis stated.

Davis said although she and Daren are leading IMB work over many countries, it is imperative as a faithful follower of Christ that sharing the Gospel, discipling believers and being an active member of their church is who they are daily.

“No matter what country, airplane or taxi we may find ourselves in, we are looking for God-appointed times to share the Gospel and encourage,” she noted. “When we are at home in Nairobi, we are discipling the believers in Mwimuto Baptist Church. We usually have men’s and women’s discipleship separately, while working together to evangelize in an unreached area.”

She revealed that she and Darren, along with a few men and women from Mwimuto Church have been traveling to the neighboring community of Gathiga since early 2021 in hopes of a new church plant.

“We have spent months walking Gathiga to share the Gospel with those we meet,” she said. “November 14, 2021 was the first service of a group of believers in Gathiga. For months this small group tried to find a place to meet for worship but was denied each location they tried to rent. Thankfully, in October, a cooperative and brave landlord was found. We are praying that this small group will grow to become a healthy, multiplying church.”

Davis emphasized that more missionaries are needed in Sub-Saharan Africa.

“We need young adults from Oklahoma to come serve as mid-term missionaries, either as a hands-on missionary for a semester or a Journeyman for two years,” she said. “We need Oklahoman adults of all ages to come serve as long-term missionaries. We have job requests in urban or rural settings, among university students or an unreached, unengaged people group, sharing the Gospel with Animists of Muslims, training believers in a theological institution or in an orality seminary.”

Davis added that the IMB has a goal of 500 new missionaries by 2025, and to do that, a six percent increase in giving annually is needed.

“We have several projects and free resources I would love for people to know about and use,” Davis pointed out.

“The 55 in 5 project kicked off in January 2020. It focuses on engaging the 55 largest unreached and unengaged people groups of Sub-Saharan Africa with the Gospel in the next 5 years. We are two years in and will celebrate what the Lord has done in 2025.  Here is a link to the resources and prayer guides, including one for children.”

Free Sub-Saharan Africa resources are available in the IMB Store.

Daren and Shawna have been married 32 years and have three adult children who all grew up in Africa, but now live in the States. Micah, his wife, Cindy, and their two sons live in North Carolina, where he works with the Asheville Police Department. Meredith served two years in the Middle East teaching English and is now a graduate student working on a degree in Marriage and Family Counseling. Peyton and her husband, Lucas, live and work in Mississippi where they attended Mississippi College.

Shawna Davis was featured in the 2022 Missionary Prayer Guide for Oklahoma Baptists. To see more information about her mission work, visit oklahomabaptists.org/cp