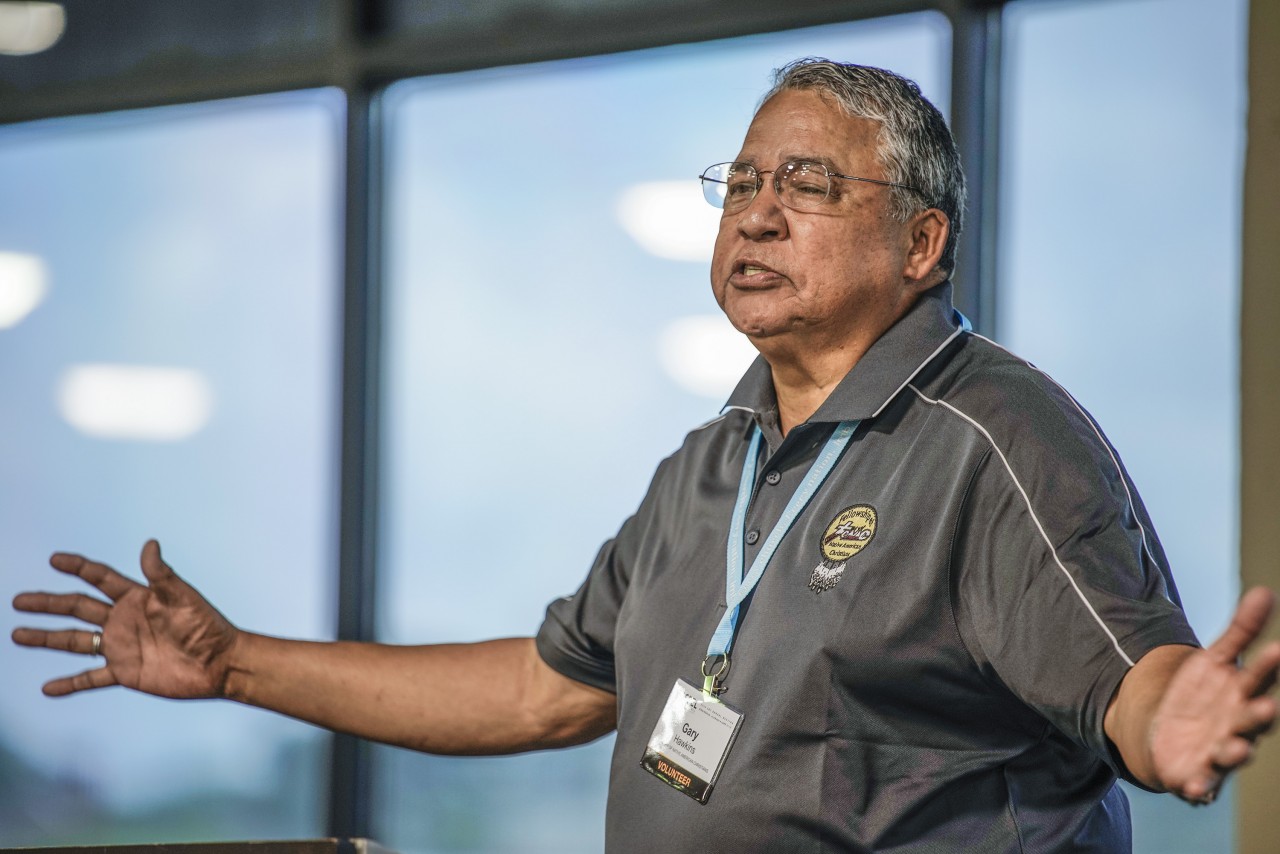 BIRMINGHAM, Ala. (BP) — Ledtkey “Lit” McIntosh, one of the stalwarts who helped develop the Fellowship of Native American Christians, retired as FoNAC’s chairman during its seventh annual meeting June 10.

Reflecting the group’s interest in reaching younger Native Americans, Jordan Kanuho of the Pawnee and Navajo nations was named FoNAC’s new chairman. He is pastor of Belvin Baptist Church in Okmulgee, Okla.

“Lit was in the trenches when all this started,” FoNAC executive director Gary Hawkins said.

McIntosh, formerly was a national missionary for Native Americans with the North American Mission Board, connected in his work with Native leaders from the United States and Canada.

“It concerned me we didn’t have a voice,” McIntosh told Baptist Press. Today, FoNAC provides a growing influence across North America in networking Natives and those wanting to spread the Gospel with and among Natives.

FoNAC’s annual meeting included a welcome from McIntosh, reports from Hawkins and treasurer Tim Chavis, and performances by Pawnee Chief Junior Pratt and his three children who danced in ceremonial regalia to the beat of Pratt’s native drum and singing.

Native Americans comprise about 2 percent of the nation’s population, McIntosh said as he welcomed about 60 people to FoNAC’s gathering, held in conjunction with the Southern Baptist Convention’s June 11-12 sessions in Birmingham, Ala.

“Many people would say that &#91;2 percent is&#93; insignificant, but with God, nothing is impossible,” McIntosh said. “We keep our focus where it ought to be, not on numbers but in souls.” 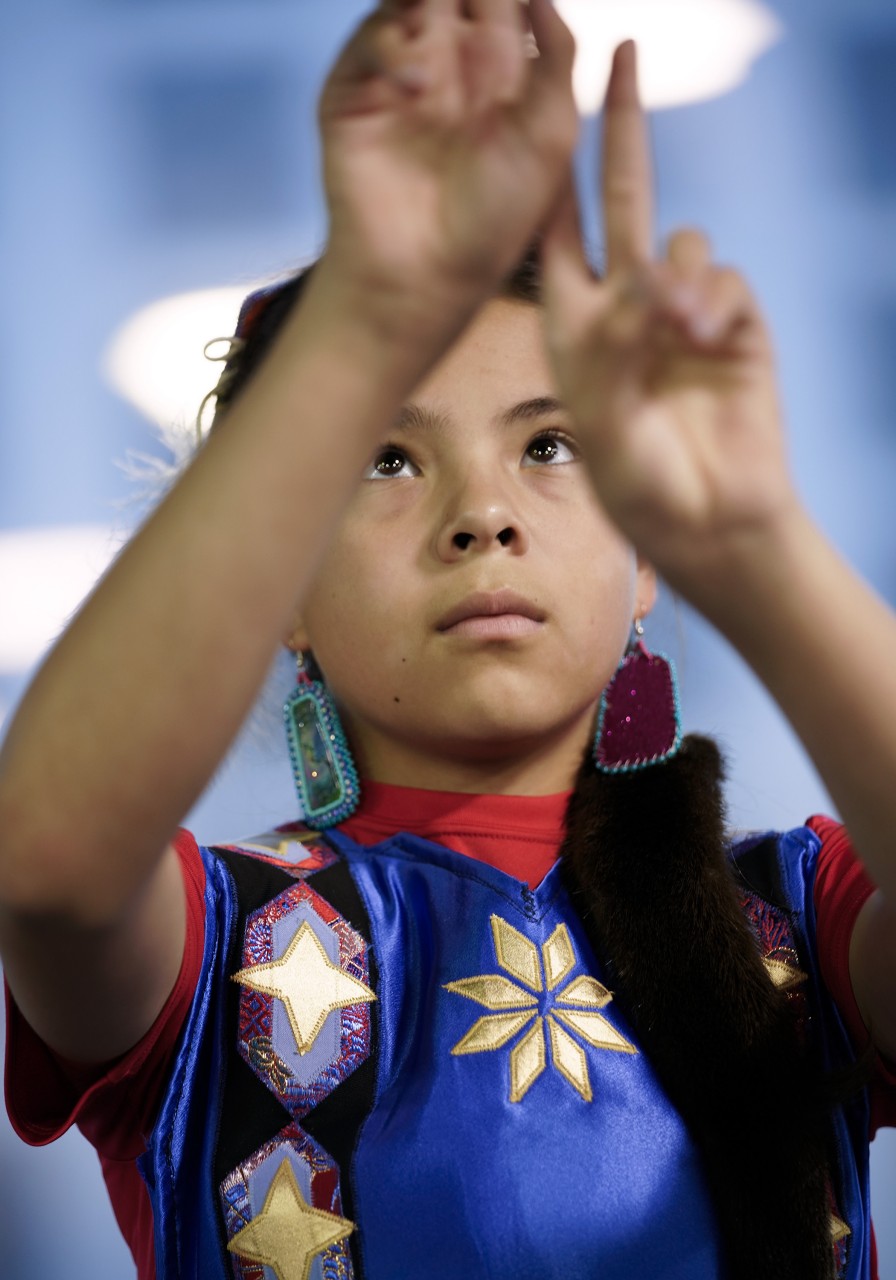 FoNAC’s budget has grown to nearly $79,000 from its initial budget of $3,000, Chavis said. With contributions from supporting churches expected to reach $80,000 over the next year, expenses are budgeted at $78,652.

Hawkins, in his executive director’s report, said, “We have a lot of different needs … for the Gospel to become free-flowing among our Native people. We need to encourage Native people to feel empowered to take ownership of spreading the Gospel in a contextualized way without compromising the message of God’s Word.”

Burnt Swamp Baptist Association in North Carolina, which consists entirely of Native congregations, does “a lot of things,” Hawkins noted, including mission trips across America and internationally, such as the Philippines, Africa and Australia, in addition to local disaster relief ministry in hurricane-ravaged areas of North Carolina.

“Burnt Swamp is the most mission-minded group of churches that I’ve ever had the privilege of associating with,” Hawkins said. “I’m thankful to God that they are one of FoNAC’s partners, and have been from the point of our origination.”

Hawkins spoke of a 28-page booklet of Native testimonies titled “New Life in Jesus: Messages from Native Men expressly written to Native Men” to be available in the coming weeks from FoNAC at www.fonac.org for a donation.

The booklets already have been dispersed to reservations, jails, rehab centers, individuals and churches. One Native believer, severely handicapped, hands them out from his wheelchair, Hawkins said.

“He gives them to men and women on his reservation and has done so in all types of weather to share how Jesus has changed lives of many Native people and to let them know that Christ is the hope of all people,” Hawkins said.

In 2018, FoNAC partnered with Burnt Swamp Baptist Association, Morning Star Ministry of North Carolina and Centerville Baptist Church in Nunnelly, Tenn., to provide more than 500 stuffed gift boxes (similar to Samaritan’s Purse shoeboxes) and backpacks for children in at least 15 Native churches and communities in Oklahoma.

“These were used as evangelism tools in sharing the Gospel with many of our people,” Hawkins said.