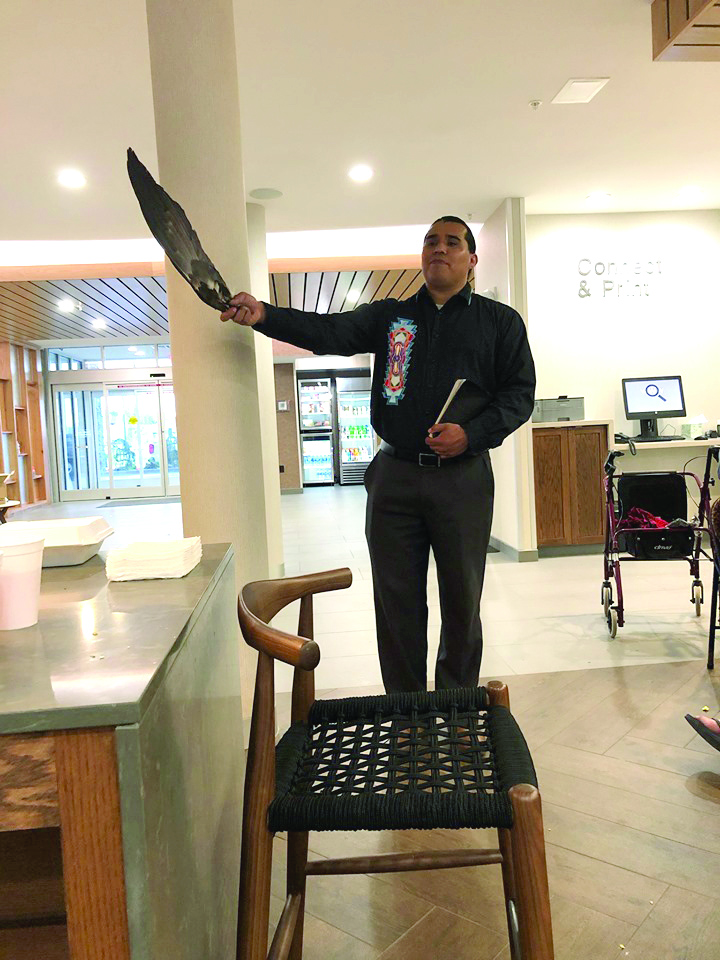 EL RENO—On Wednesday evening May 29, a rally was held to help the El Reno tornado victims. This was a joint effort among the churches of the Cheyenne and Arapaho Association and Feed the Multitudes ministry.

Approximately 40 tribal members were displaced due to the tornado in El Reno. Many lived in the Skyview mobile home park. The Cheyenne and Arapaho Tribe have provided temporarily lodging for the tribal members at a local hotel.

A worship service in the lobby began after the meal, and eight people made professions of faith in Christ during the service.

Preston Black was among those who made a life-changing decision, and he was featured on local news stations, sharing his story how he and his wife were covered in hundreds of pounds of debris and rubble. Family members were able to help uncover them, and they were later transported to the hospital.

Mule visited with Preston’s wife and daughter at OU Medical Center on Thursday, May 30, and Mule stated both women made professions of faith in Christ as well, totaling the number of salvations to 10.

View all posts by Ben Little