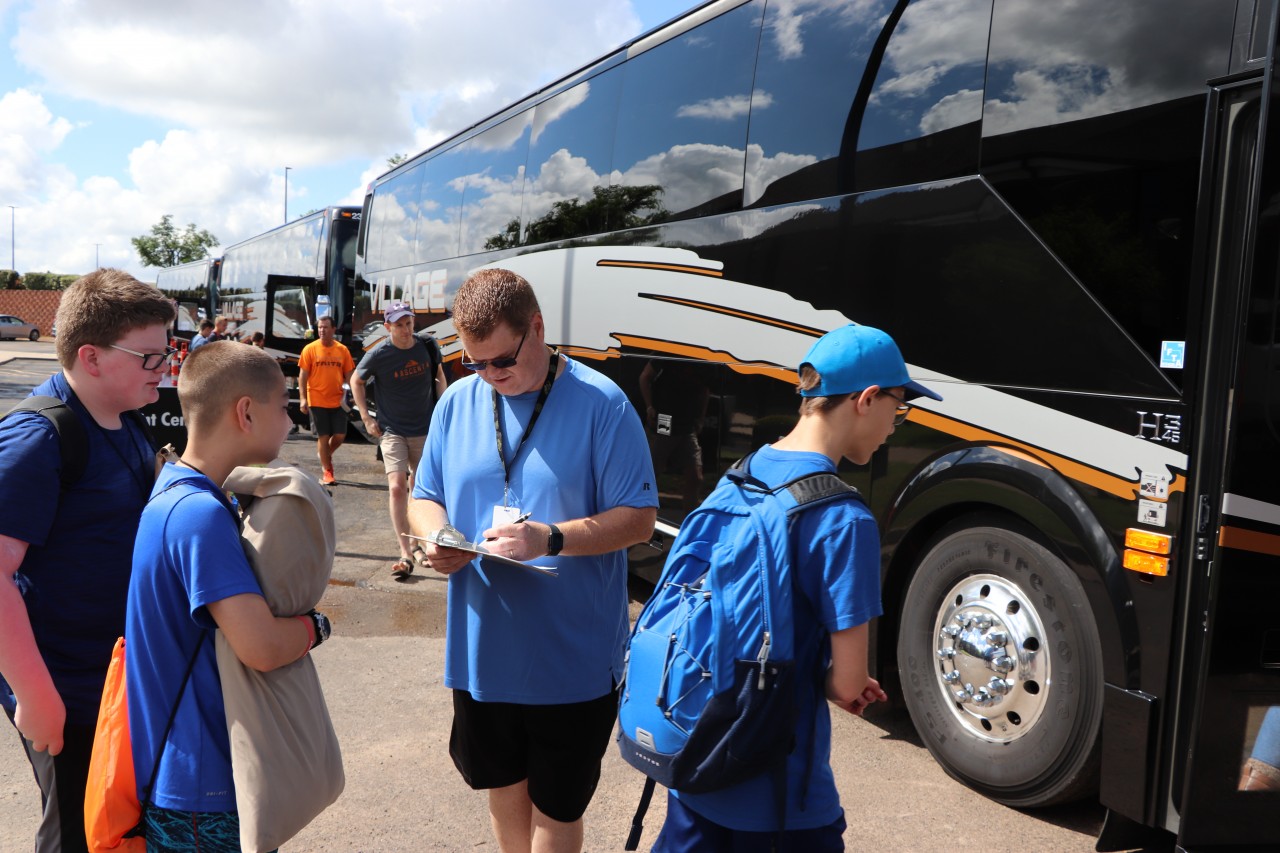 Growing up as an Oklahoma Baptist, Jon Doyle is no stranger to Falls Creek Baptist Conference Center, having attended the summer youth weeks in the 1980s. Years later, as a married father of two students who will be attending Falls Creek this summer, Doyle wants to give back and serve as a sponsor. 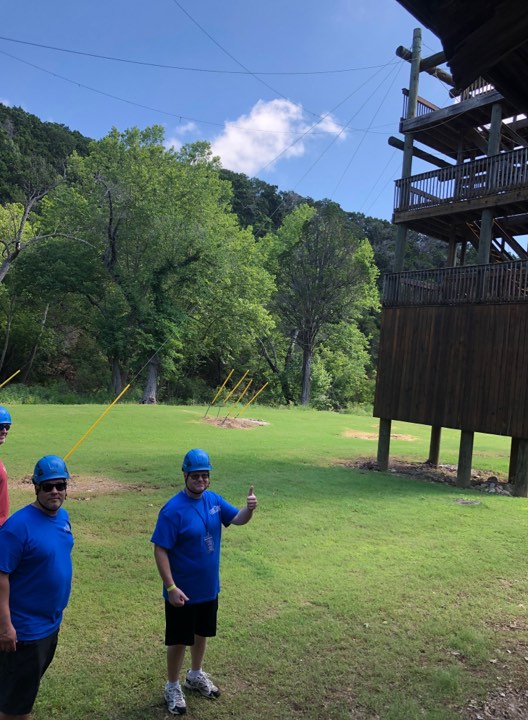 John Doyle, right, gives a thumbs up at the camp ropes course.

The civil engineer and his wife Lisa reside in Edmond and are active members of Oklahoma City, Quail Springs, for whom Doyle will be a Falls Creek sponsor during week three.

Even though Doyle did not have a child going to CrossTimbers Children’s Mission Adventure Camp in Davis, he felt compelled to serve as a sponsor there, as well.

“I just sensed the Lord was calling to serve at both camps, this summer,” he said. Jon took time off work to serve during CrossTimbers session two. 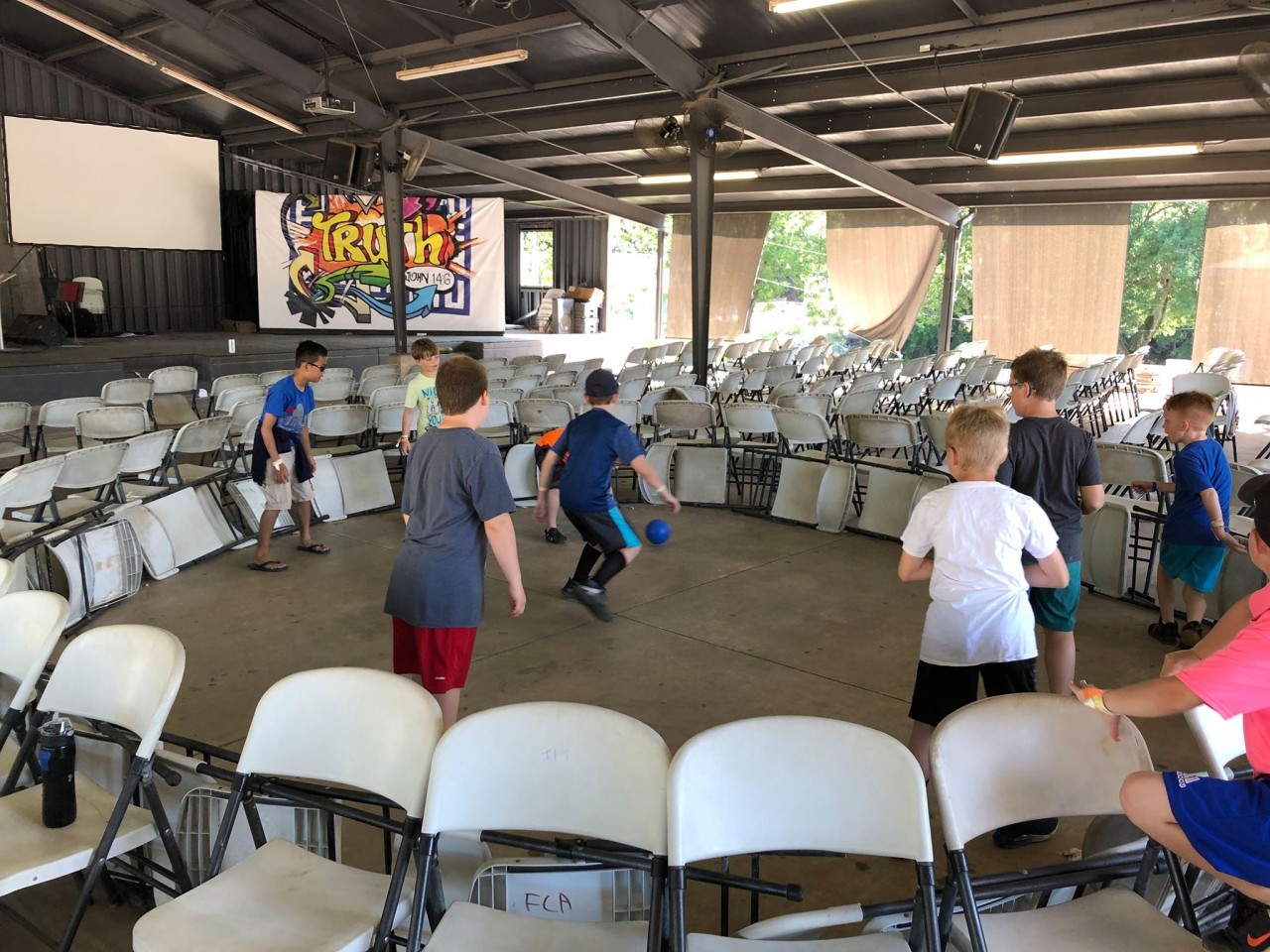 The make-shift gaga ball pit Doyle created on out of folding chairs when weather prevented outside activity.

Doyle worked among fourth grade boys at CrossTimbers. One of the days, pouring rain prevented the campers from doing their scheduled waterfront activity. Stepping into action during this break in activity, Doyle put his engineer mind to work and created an indoor gaga ball pit, using folding chairs.

“The boys played for almost an hour and had a blast,” he said.

Putting on Christian camps and all that goes with it—the logistics, the games, the Gospel presentations, and more—would not be possible without the sponsors who take time to volunteer, according to Charlie Gatton, CrossTimbers program director.

With camp season in full swing in Oklahoma, and scores of volunteers like Doyle setting aside time to serve, leaders with CrossTimbers and Falls Creek are hopeful to see the move of the Lord continue during the summer of 2019 and for many years to come.

As Jon Doyle witnessed, sometimes when you do double duty, you get a double blessing.