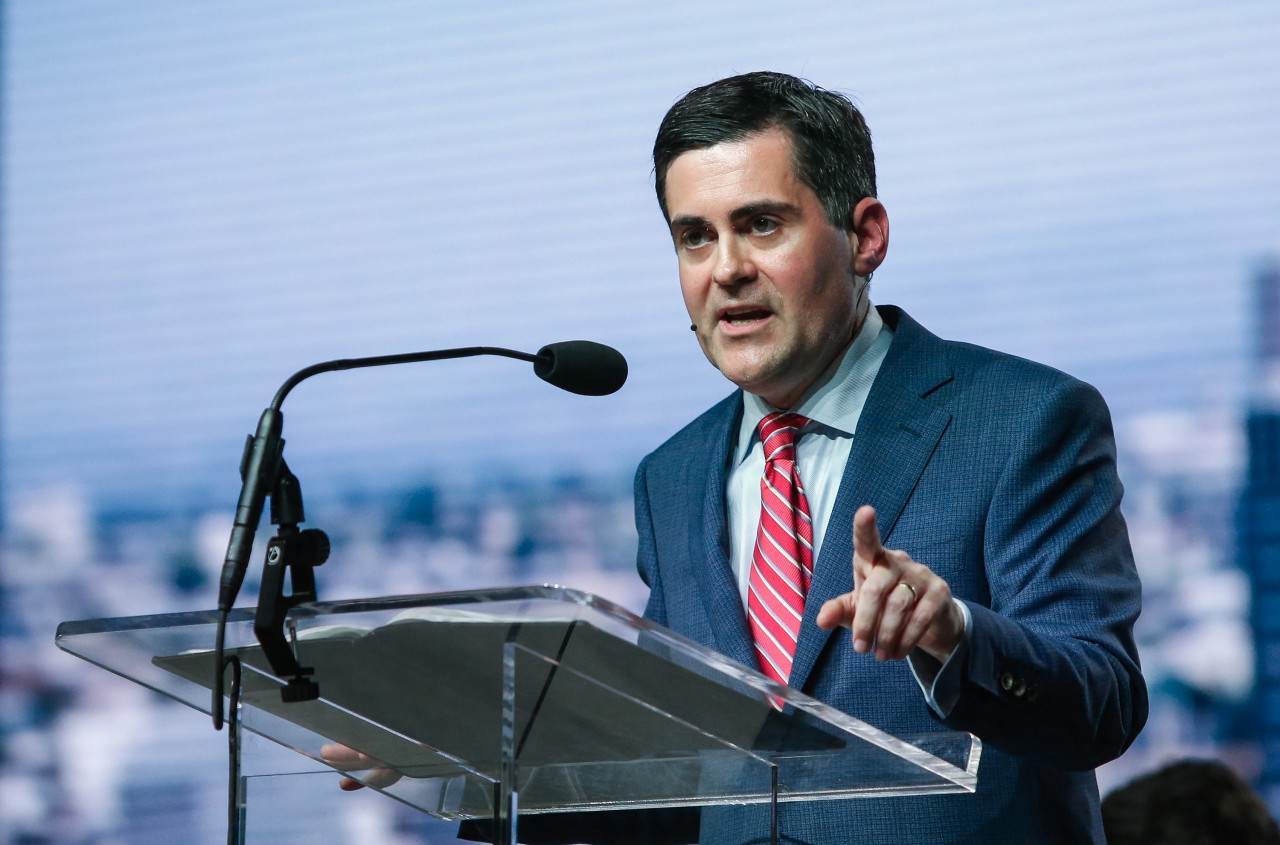 WASHINGTON (BP)—The Southern Baptist Ethics & Religious Liberty Commission (ERLC) plans in 2020 to continue its work with not only Congress but the Trump administration and the states on priority issues such as abortion and religious freedom.

The ERLC released its annual Legislative Agenda in early February in the face of another year of a divided legislative branch. Democrats control the House of Representatives and Republicans hold the majority in the Senate.

“In the midst of a challenging political environment, the ERLC will continue to defend existing protections for life and religious liberty while seeking opportunities to advance the issues Southern Baptists care about” at the federal level, Russell Moore and Travis Wussow wrote in the agenda.

Moore, pictured above, is the ERLC’s president, while Wussow is the entity’s general counsel and vice president for public policy.

The goal of the ERLC’s agenda, Moore told Baptist Press, is “to advance our broader mission of shaping consciences rooted in the Word of God and the Gospel of Jesus Christ.”

“With our work in Washington and internationally on issues surrounding religious freedom, human dignity, marriage and family, and justice, the ERLC exists to serve churches and to stand for the common good of our neighbors,” he said in written comments. “I look at these priorities with great hope and expectation, knowing that our team will engage these issues with focus and faithfulness in the year ahead.”

The ERLC will again seek to promote its policy priorities in such federal departments as Health and Human Services (HHS), Justice and State, Moore and Wussow wrote in the agenda. “We expect the Trump Administration to continue to issue a number of regulations that uphold human dignity and religious liberty, and we will support those regulatory actions.”

In addition to filing friend-of-the-court briefs with the Supreme Court, the ERLC will “extend its work on the state level” in 2020, they said. “With gridlock in Washington, state-level legislation provides an additional space” in which the entity can work.

Wussow told BP in written remarks, “In this second session of the 116th Congress, we will work to defend existing pro-life and religious liberty protections while also making the case for why we believe the foundational truths in our agenda are for the common good of all our neighbors.

“We want to serve Southern Baptists in 2020 by advancing issues important to our churches and honoring to our Lord.”

The ERLC’s 2020 agenda initiatives include many the entity has worked on for several years:

—Protection of the Hyde Amendment, which has barred Medicaid funding of abortion since 1976 and became the general label for such bans in federal health programs. Congress must pass the Hyde Amendment and similar bans each year as part of spending measures. The amendment faces opposition from within the House Democratic majority.

—Enactment of the Child Welfare Provider Inclusion Act, which would bar the government from discriminating against adoption agencies and other child welfare entities that refuse to serve in a way that contradicts their beliefs.

—Defunding Planned Parenthood, which performed more than 345,000 abortions during its most recent statistical year. The organization received $616.8 million in government grants and reimbursements during its latest financial year. The Trump administration issued a new rule in 2019 that prohibits Title X family planning funds from going to organizations that perform, promote or refer for abortions, thereby costing Planned Parenthood at least $50 million a year.

—Defeat of the Equality Act, an expansive gay and transgender rights bill approved by the House last year that the ERLC says in its agenda “would curtail religious freedom protections, hinder the work of healthcare professionals and faith-based hospitals, undermine civil rights protections for women and girls, and ultimately steamroll the consciences of millions of Americans.”

—Passage of the Born-alive Abortion Survivors Protection Act, which would require health care for babies born alive during abortion procedures. The Senate Judiciary Committee held a hearing on the bill Tuesday (Feb. 11).

—Support for a strong refugee resettlement program by the Trump administration to welcome persecuted Christians and others who have fled their countries.

—Implementation of policies designed to support adoption and foster care.

The ERLC counted several policy wins among issues it worked on in 2019, including:

—Congressional repeal of a provision in a 2017 law that required houses of worship and other nonprofits to pay a 21 percent tax on such employee benefits as parking and transportation.

—An HHS rule that provides for the enforcement of 25 federal laws protecting the conscience rights of health-care workers and institutions. A federal judge has nullified the regulation, however.

—An HHS proposal to rescind a rule issued under President Obama that required doctors to perform gender-transition procedures and abortions.

—Another HHS proposed regulation to revise an Obama-era rule by ensuring protections for faith-based foster-care and adoption agencies that operate by biblical convictions.

—A Department of Labor rule proposing to clarify that churches and other religious organizations that act as federal contractors may hire and fire based on their sincerely held beliefs without fear of being penalized by the government.

—The U.S. Trade Representative’s removal of Bibles from a list of items to be subject to a 10 percent tariff on imports from China.