Rite of passage: Down Memory Lane 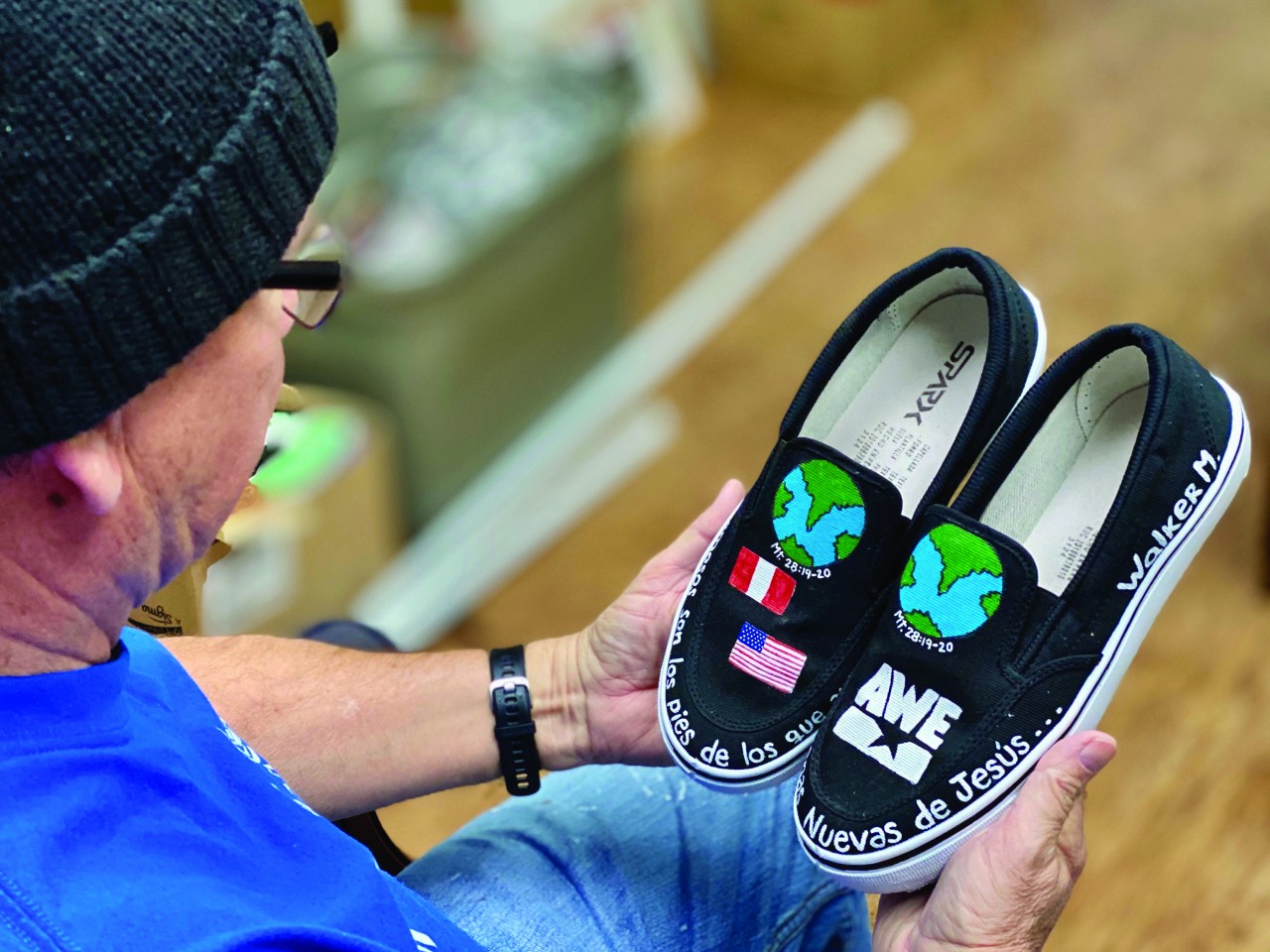 I spent the New Year holidays downsizing our ministry’s office. Even though I am no longer president of Awe Star Missions, I maintain an office in the building. I knew the process would be painful; I have stalled on doing it for a year and a half.

Now when I say “downsizing,” I am not talking about going through a box or two, but rooms and rooms of documents, mementos, artifacts and gifts, scattered about our 7,000 square-foot office. I decided to do it while the staff was out serving in Piedras Negras, Mexico. I wanted to be alone as I said goodbye to so many memories.

I started going through files, 47 years’ worth. I had saved almost everything I had done in the ministry. I pulled out the first newsletter I produced when I was hired by Antioch Baptist Church while attending Hannibal LaGrange College.

I remember struggling with the old hand-crank mimeograph machine, ink covering my hands as I struggled to get the first copy to come out. That was the first group of students I served, and now, 10,000 students later, I found myself tossing this artifact in a garbage can. But the memories of how God worked still swirl around my mind, heart and spirit; that youth group lives vividly in my mind.

I started going through the rest of the places I served: Quitman, Mesquite and Pampa, Texas and then Tulsa.  One by one, I revisited each and every event. I had to stop for a while; my heart was pounding hard as I felt overwhelmed in how I got to see how God worked in so many lives.

My wife has often called me a hoarder; it is true. I have hoarded many mementos, pictures and other items, but each one reminds me of a time and place where I saw God. People joked that when they came to my office, they either got the three-minute tour or the three-hour tour. I loved the three-hour tour because I got to brag on the mighty God we serve.

I have a number of staffs that have been given to me by various tribes, along with paddles used for traveling on the river to share the Gospel in the Darien jungle of Panama. I have many unusual globes: a square wooden one carved by nationals in the African bush and one that has various-sized green handprints used to form the continents, with blue handprints representing oceans. My grandsons made each handprint.

I have a pair of tennis shoes given to me by a Peruvian woman who, at 8 years of age, told me she felt called to learn English, so she could be my interpreter one day. That beautiful young woman, Ana Luz, has now traveled thousands upon thousands of miles interpreting the Gospel for our ministry and me. To commemorate the way she fulfilled what God laid on her heart, she hand painted a globe on a pair of tennis shoes and gave them to me.

I have kept these items, but for every one I kept, 100 went into the dumpster.

I know when I die, most of the rest of these items will find their way to the dumpster. No one else will remember the story, except the people who saw God work in their lives, and me, who witnessed His mighty power. They won’t understand about the rough, bulky boat that sits unfinished in my office, the piles of little bracelets given to me by children around the world or even the big dirt clod that sits on the shelf. That clod alone contains about 30 stories.

I fully understand why the Israelites were always building memorials when God showed His hand; as humans, it is so easy to forget. We quickly overlook the mightiest miracle. In Joshua 4, God gave Joshua a command to build a memorial, so the people would not forget the time He stopped the Jordan River so the ark of the covenant could cross over. Joshua reminds us this was not only for the Israelites to remember but to tell the following generations what a mighty God we serve. “In the future, when your children ask you, ‘What do those stones mean, tell them …” (Josh. 4:6b-7a).

These items are not sacred or holy; they just point me to the One who is.

So far, I have filled a commercial dumpster and still have a long way to go. Not many of the younger generation can identify with what I am going through. But those of you, who have walked with and seen the Lord work for many years, understand. We have very few possessions left in this world, but when we go to heaven, we’ll carry  with us 10,001 memories of what God has done.