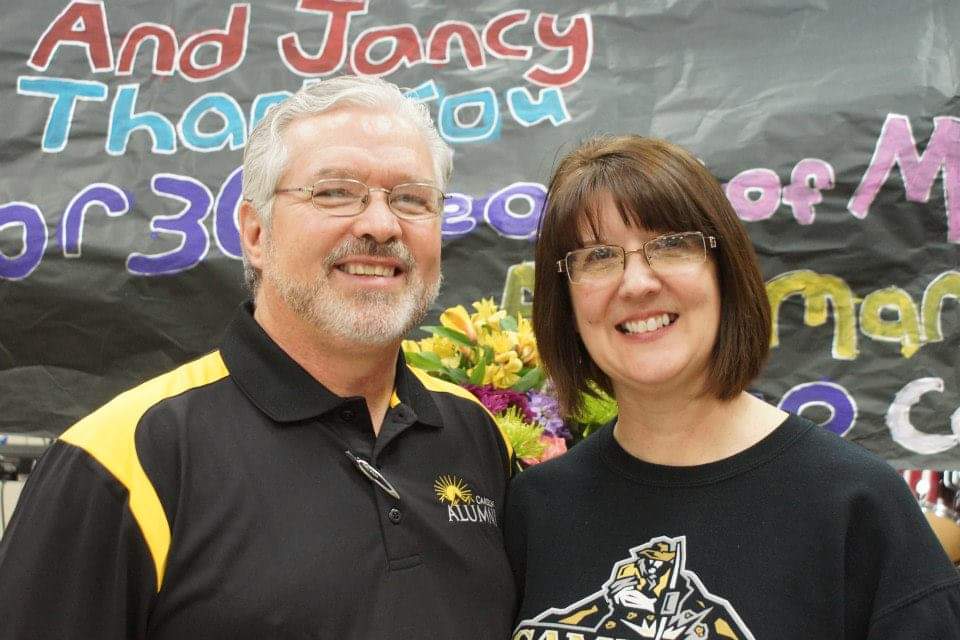 Danny Toombs (featured above with his wife Jancy) says he’s thankful to be able to watch God work in and through college students’ lives, and to be a part of that. He’s been the Baptist Collegiate Ministries Director at Cameron University in Lawton for almost 40 years.

“Helping them work through questions and issues, helping them get a biblical foundation for their decisions, helping them connect the relevance of the Word of God to their lives, all that is part of what I get to do with college students,” Toombs said.

“Students are looking for community,” the BCM director continued. “It’s usually the age their faith becomes their own. They’re wanting to find out why, not just what. I just try to focus on helping them establish a strong relationship with Christ, a Bible-based life.”

Several students who were part of Cameron University now minister through the pastorate. Others have become career missionaries. Two came quickly to Toomb’s mind: one in Mali, West Africa, and the other in a large nation in East Asia.

“Our first international trip was to Mali in 2005, to work with that missionary,” Toombs said. “That was something I just was never thinking we’d be able to do— our BCM on an international trip—but God opened doors.”

Cameron BCM participants have gone on nine international mission trips since, plus trips to sites in several states, including Texas, Connecticut, Washington state and Arizona.

Pressures on college students change a little bit over time, Toombs said, noting generational changes between Gen Xers (born 1965-75, in college 1983-97) followed by Millennials (in college 1995-2017) and now Gen Z, in college since about 2013.

Adapting approaches to overlapping generations of students has its challenges, Toombs said. He copes by spending time in God’s Word and in prayer. “When you’re discipling students, that keeps you on your toes too,” Toombs said, adding that he has learned “the sufficiency of His grace. In my weakness His power is perfected.”