‘What part of GO do you not understand?’ 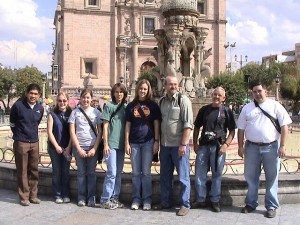 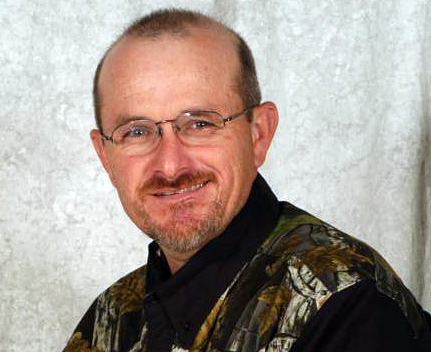 It was not unusual for Bill Sartin to be on a mission trip. He was committed to missions. It was his lifestyle. And he died doing what he loved.

Sartin, 50, succumbed to a massive heart attack while playing soccer with children in Guanajuanto, Mexico Jan. 15.

He was with an eight-person team from Bartlesville, Southern, who made the 24-hour drive to Mexico Jan. 10 to do prayerwalking, Scripture distribution, Bible studies, show evangelistic films, participate in a medical clinic and help with family conferences. They were working in an area of central Mexico where not much evangelization is going on right now.

“During the medical clinic, about 45 minutes outside Leon, Bill and some of our other volunteers were out building relationships by kicking a soccer ball with some of the kids who had gathered,” said Jim Griffin, mission pastor at Bartlesville, Southern, who led the trip.

Griffin, who served as a missionary in Leon, said because of the medical clinic, Sartin had immediate professional medical care.

Griffin said the other team members drew together in a strong bond of unity following Sartin’s death. He added that Sartin,’s wife, Laura, shared his passion for missions and fully supported him although she could not always accompany him on mission trips. 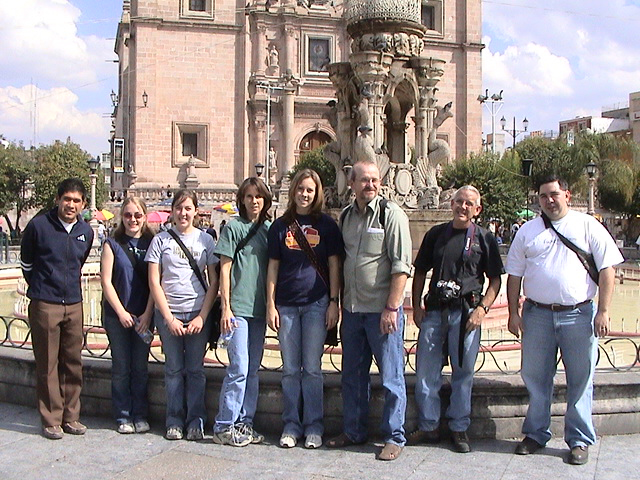 “I don’t know what God is going to do through all this, but it is going to be good,” noted Griffin.

The team returned to Bartlesville by plane a day early, while Griffin remained behind to take care of the legalities of transporting the body back to the U.S. and to drive the van back to Bartlesville.

Griffin emphasized that the church has responded positively to the situation.

“We could have said, ‘OK, God showed us through this we don’t need to be involved in missions because we are not willing to sacrifice,’ but the church has not responded in that way,” Griffin said. “Our church is on mission with God, and it’s as if the members believe Bill has passed the baton on to a whole bunch of other people.”

Griffin said one of Sartin’s favorite quotes was “What part of GO do you not understand.”

“Bill had been on several mission trips with our church and other organizations,” said Paul Rummage, Bartlesville, Southern pastor. “He had been to Mexico several times, as well as to Sudan, Egypt, Pakistan and trips in the United States.”

Sartin was a wildlife biologist, employed by the Oklahoma Department of Wildlife.

“He had a passion for the outdoors,” said Griffin. “But everyone who knew Bill knew his number one passion was missions. He was one of the most godly people in our church, a respected leader as well as an ordained minister.”

Rummage said Sartin was a Sunday School teacher and lay preacher who filled the pulpit for him several times and preached in other churches in the association.

“He was known as a man who was passionate about the things of Christ,” said Rummage. “He spent time in God’s Word, and it flowed out of him as natural as could be. He had a great desire to see the world come to Christ. He was completely sold out to the Great Commission and being a part of mission endeavors.”

Rummage noted Sartin’s death was a shock to the mission team and for the church and a tragedy for his family.

“This was a very, very unique man, a man whose life day in and day out was a testimony of someone who was infected with Christ,” said Rummage. “No doubt about it, people knew him as one of the most influential and committed fellow believers many have ever come across.”

Griffin said Bartlesville Southern is known for having a heart for missions, but “this is a mission-mobilized church, and there is a difference,” he said.

“People are already asking, ‘When are we going again. I want to be on the next trip,'” Griffin said.

Griffin said the church sent another mission team out the Monday after they returned from Mexico.

“We have a crew going with our chain saw trailer to the Grove and Jay area,” he revealed. “This has not deterred our church in the least. We are on mission, and will continue to be on mission until Christ returns.”