Arguably the best-known Christmas carol in the world, Silent Night has been translated into 300 languages and dialects, and in 2011, it was included in UNESCO’s Intangible Cultural Heritage list. It’s clearly a carol that resonates with people everywhere.

Silent Night’s lyrics and melody combine to give it a gentle, almost lullaby-like quality. It’s also the most beautiful carol to sing in harmony.

Originally, it was a poem with six verses written in 1816 by Joseph Mohr, an Austrian priest. On Christmas Eve in 1818, Mohr asked the parish organist, Franz Gruber, to compose a melody for the poem. But, unfortunately, the church organ had broken down, so Silent Night has the unusual achievement of being one of the first recorded hymns ever to be accompanied by the guitar.

Mohr lived through the Napoleonic wars, which ended in 1816, and witnessed the suffering and oppression of his nation. In 1816, he was anxiously awaiting the liberation of his hometown of Salzburg from the Bavarian occupation; it is believed that Mhor wrote Stille Nacht! Heilige Nacht! as an expression of his longing for peace and freedom.

The repetition in each stanza of the line ‘Silent Night, Holy Night’ evokes tranquility, stillness, mystery—a heart’s cry for the kind of peace that only Jesus can bring.

Alongside its origins as a carol born out of a longing for an end to division and turmoil in the 19th century, it’s also historically associated with the Christmas truce of the First World War. Although accounts differ, it is believed to have been the hymn sung on both sides of the trenches, in German and in English, as the soldiers briefly put down their weapons on Christmas Eve in 1914.

Most hymn books only include three verses of Mohr’s original six: the first, second and last. But, for me, some of the unknown verses are actually the best ones. And I’m hoping to showcase these at our Christmas concerts this year.

The original middle three stanzas of Mohr’s poem focus on God’s love and salvation, His embracing of all people and the wonder of the incarnation.

The fifth verse emphasizes God’s longing to draw all people to Himself. It reminds us that Jesus’ birth, death and resurrection is evidence of God’s love for ALL mankind. No one is excluded. His love breaks down all the man-made barriers, divisions and prejudices that are found at the heart of all conflict. Anyone can receive God’s love and salvation because God’s ultimate purpose is to draw all people to Himself.

Today it is still sung, often by candlelight, to close Christmas Eve services around the world. Whether we sing the familiar three-verse Carol or sing it in its entirety, Silent Night really is a celebration of the peace and reconciliation we can experience through Christ becoming flesh for us. 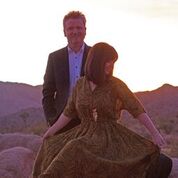