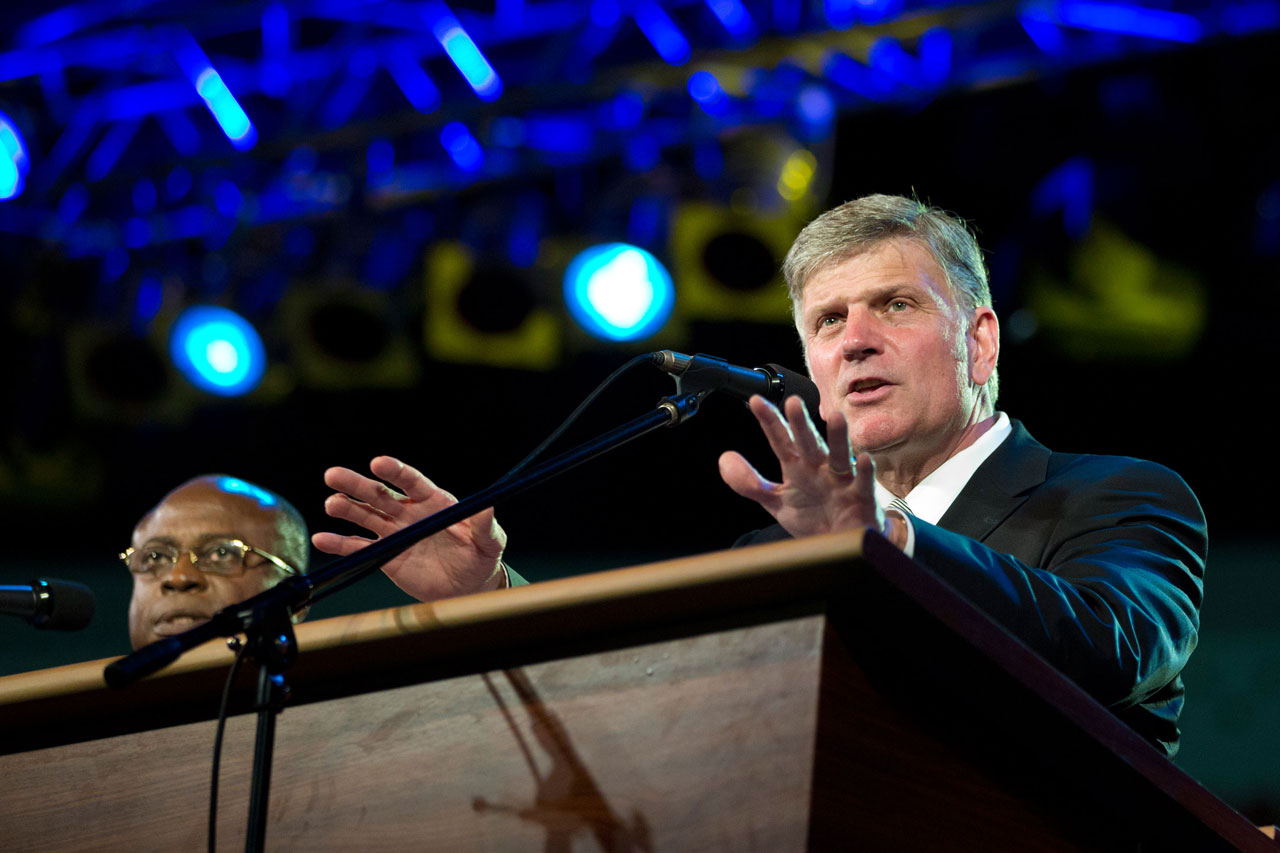 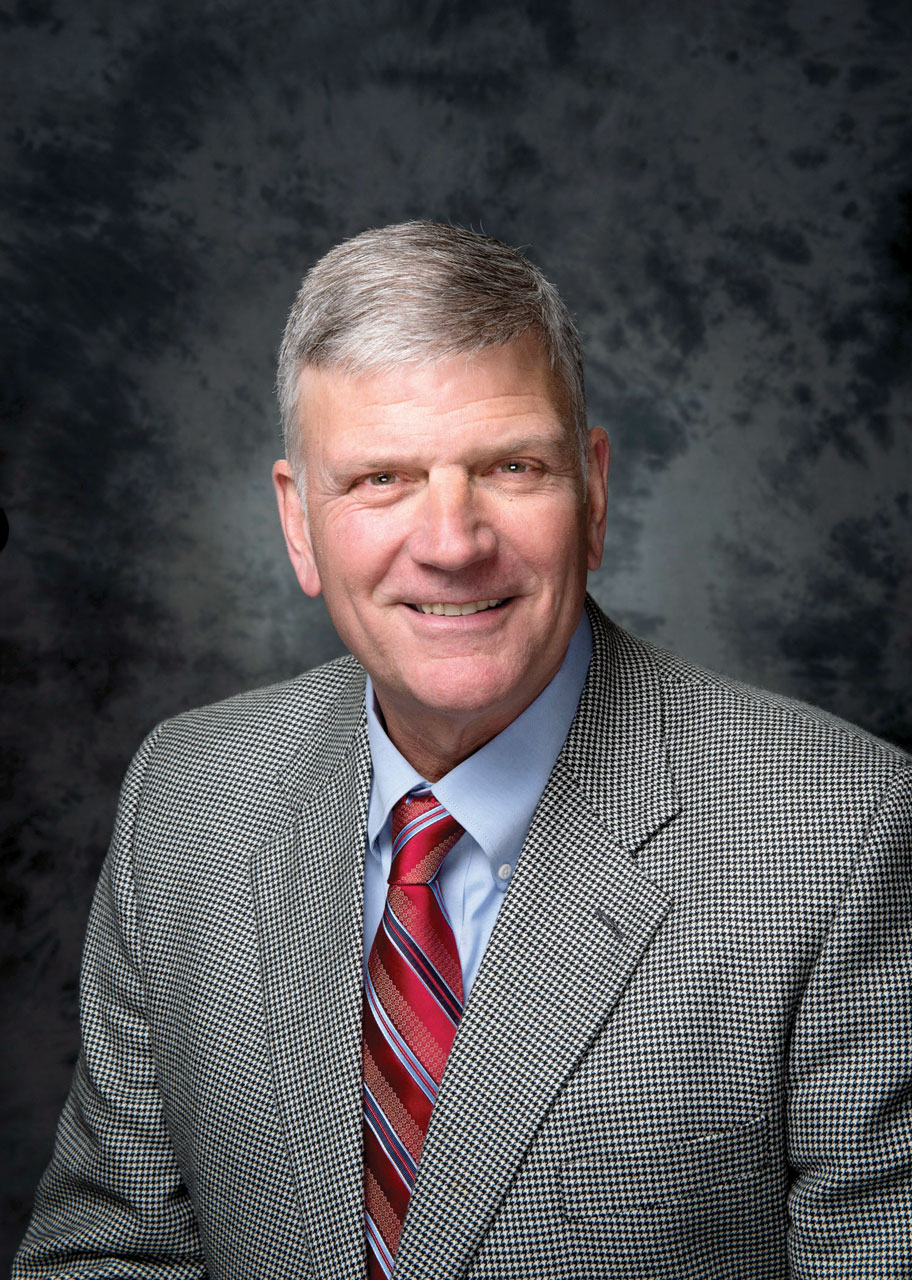 William Franklin Graham III, born July 14, 1952, is the fourth of five children of evangelist Billy Graham and his wife, the late Ruth Bell Graham. Raised in a log home in the Appalachian Mountains outside Asheville, N.C., Franklin now lives in Boone, N.C.

In his autobiography, Rebel with a Cause, Franklin explained that “just being the son of Billy Graham won’t get me into heaven.” He knew that he was being called to do more with his life and to make a real commitment to God. So at age 22, after a period of rebellion and traveling the world, Franklin committed his life to Jesus Christ while alone in a hotel room in Jerusalem.

Franklin serves as president and CEO of the Billy Graham Evangelistic Association and the international Christian relief and evangelism organization Samaritan’s Purse. He has met privately with five U.S. Presidents as well as world leaders from Europe, Africa, Asia and Latin America.

As a speaker and author, Franklin regularly addresses current moral and social issues, challenging Christians to make a difference in the world. He also offers biblical context and application to current national and world events. (Information taken from BillyGraham.org)

The Oklahoma State Evangelism Conference (SEC), Jan. 26-27, at Del City, First Southern, will feature Franklin Graham as one of the keynote speakers. Son of world famous evangelist Billy Graham, Franklin is emulating his father’s work in ministry, preaching the Gospel throughout the world. The Baptist Messenger conducted an exclusive interview with Graham in anticipation of his appearance at the SEC.

Q: As the son of the great evangelist Billy Graham who is following in his footsteps, how do you think you and other “next generation” evangelists can impact today’s society?

A: First of all, it’s the Gospel that changes (lives). It’s not some clever speech or something I’ve come up with for another generation. The Gospel is the same for every generation, and the generation today needs the Gospel. As pastors, we need to be clear. The Gospel does not need help. It doesn’t need a fresh face. It just needs to be preached with power and conviction.

Q: Do you believe there can be another “Great Awakening”? What tangible steps need to happen if such a powerful movement could occur? 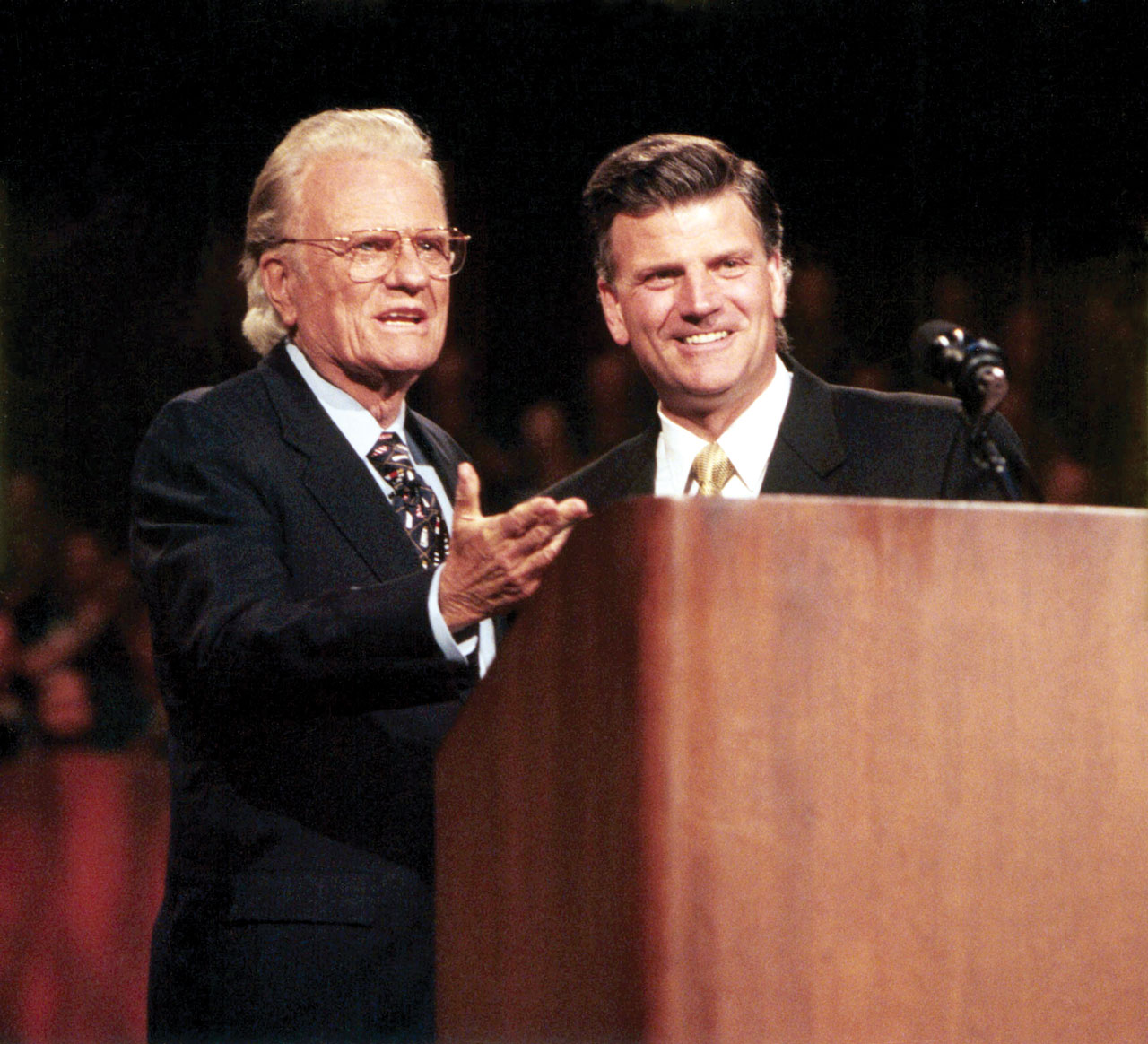 A: Yes, I believe another “Great Awakening” can come. Will it come or not, who knows? This nation has to repent of its sins and be willing to call upon the Name of Almighty God and turn to Him. I would hope with the churches today that not only will they preach the Gospel but also teach the Bible cover to cover. And it’s through the Word of God that hearts can be awakened. It’s not some fancy church program that’s going to do it. It’s just the Word of God, and again, I encourage pastors to preach the Word faithfully, day in and day out, and God will use His Word, I believe, to bring about a “Great Awakening.”

Q: What encouragement would you give to Christians today who seem to be discouraged with society’s spiritual condition?

A: First of all, we are to be salt of the world; we are to be light in the world; we are not be like the world. And what is happening is so many Christians look and smell like the world. We’ve changed our (worldview) to reflect the culture. We believe if we want to reach people we must be relevant to the culture. I don’t believe that. Again, I come right back to Christians. We get all hyped up about politicians. I don’t have anything to do with political parties. Republican, Democrat, Tea Party, whatever they are. I don’t any hope for this nation or for the future (through political parties), and I see the world continually spiral downward, morally and spiritually. And the only thing that has any power at all is the Gospel because the Gospel has the power save people. Again, it’s not church programs that save people. It’s the Gospel. The program of the Church —and when I say the Church, I’m talking about the Church at large throughout this country—the program of the Church needs to be the Gospel and teaching the Word of God cover to cover.

And Christians who are discouraged? Sure, they have every right to be discouraged. But we know when we read the Scripture that these things are going to happen. We know that the Lord is near to His returning. And we need to be about His business. Again, the world, the culture, is going to continue to shake its fist in the face of God, and turn its back on God. Our nation has done that. Politicians have done that. You look at the children who have been aborted every year and the issue of same-sex marriage. Many churches, even Evangelical churches, are not going to preach against abortion. They are not going preach against same-sex marriage. And I would encourage pastors to take a stand for the Scriptures and preach the Word.

Q: In what ways are you looking forward to the Oklahoma State Evangelism Conference this month?

A: I will have just returned from a trip to Southeast Asia. I will be in Cambodia, Vietnam and Burma, and I’m looking forward to coming back to sharing with pastors some of the things I’ve seen and learned. I’m looking forward just to be able to share with pastors about the power of the Gospel and reminding these men the power that is in the Gospel. When you preach that Jesus Christ is the Son of God that He took their sins to the cross, that He suffered and died on the cross, He was buried for our sins and God raised Him to life, there is Holy Spirit-filled power in that message right there.