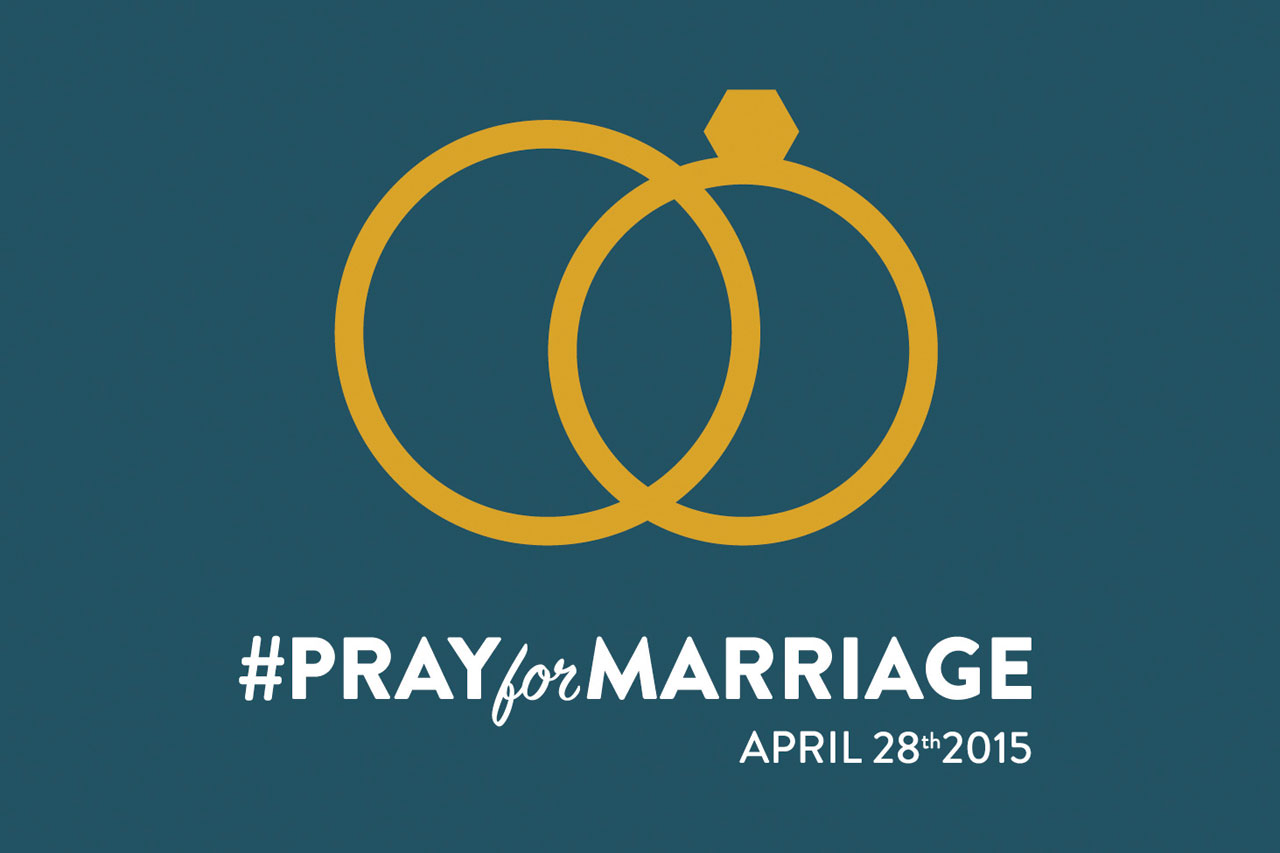 WASHINGTON (BP)—The Southern Baptist Ethics & Religious Liberty Commission (ERLC) is inviting Christians to pray regarding what might be a landmark decision on marriage by the U.S. Supreme Court.

The ERLC launched its Pray for Marriage initiative on April 7, three weeks before the high court’s April 28 oral arguments involving same-sex marriage. The justices are expected to issue an opinion by late June or early July.

In asking Southern Baptists and others to pray, the ERLC pointed in a post on its website, erlc.com, to the importance of the high court’s decision: “Before the Court is an up-or-down vote to redefine marriage. What the Supreme Court decides regarding whether to redefine marriage will be on the same historic level” as the 1973 Roe v. Wade opinion, which legalized abortion throughout the country.

“The outcome of this decision will shape the landscape of the church’s ministry in the United States for generations to come,” according to the ERLC, “and it will have significant consequences on the future of religious liberty.”

The ERLC and its president, Russell Moore, have signed on to friend-of-the-court briefs urging the justices to uphold the authority of states to limit marriage to a man and a woman. In its invitation to pray, the ERLC provided a sample prayer guide based on various biblical passages. In it, the entity asked Christians to:

—“Pray that all people, including governing authorities, would honor the institution of marriage.

—“Pray for the Supreme Court justices, that they would be receptive to the arguments being made passionately before them.

—“Pray for lead attorneys who will be arguing on behalf of the states seeking to uphold marriage. Ask God to give them clarity and wisdom, for their arguments to be persuasive, and for God to give them favor before the justices.

—“Pray for those who disagree with us, that God would help them understand and respect the opinions of those whose definition of marriage is grounded in the biblical witness.

—“Pray and hope for the best but plan for (an adverse ruling). Even in the event of a bad decision, marriage will always be what marriage truly is.”

At its website, the ERLC urged prayer by churches and organizations specifically on April 28 at 9 a.m. CDT, when the oral arguments begin. The entity also encouraged the use of a new avatar provided on its website for social media accounts and the inclusion of the hashtag #PrayForMarriage with posts. The ERLC and Moore called for prayer not only for the preservation of biblical marriage by the Supreme Court but for the strengthening of the institution.

“We need to pray that marriage will not be treated as if it were a tattered house standing in the way of government construction—there to be plowed out of the way in the name of progress,” Moore wrote in an April 7 blog post. “And yet, on the other hand, we must pray and ask God to give us wisdom so that moving forward we would be able to spell out with convictional kindness why marriage matters in light of the Gospel and of the difference in the sexes.”

Moore also urged prayer for Jesus to “overcome the atrophy that we’ve allowed our own marriages and families to fall (into) for too long. The belief in our churches that culture was enough to keep marriages intact has been exposed as a disastrous folly.”

Most importantly, Moore said, Christians “must pray that, regardless of whether our land’s highest court recognizes the unchangeable or not, we will hold steadfast. We must love our neighbors enough to have the confidence of people who have heard a word from God and the compassion of a people who are on mission with God.”

The Supreme Court’s oral arguments will come in a case from the Sixth Circuit Court of Appeals, which became in November the first federal appellate court to rule that states have the authority to define marriage as only a heterosexual union. Five other appeals courts have invalidated state laws that prohibited gay marriage. The opinion by the Sixth Circuit Court, based in Cincinnati, took place in challenges to laws in the states of Kentucky, Michigan, Ohio and Tennessee.

Same-sex marriage is now legal in 37 states, nearly tripling the 13 states where it was legal in mid-2013. It also is legal in the District of Columbia. Court rulings have produced legal gay marriage in more than two-thirds of those states.

The expansion of same-sex marriage has resulted in a growing clash between the rights of gay couples and the religious freedom of individuals and organizations. Florists, bakers, photographers and other business owners who have conscientious objections to providing their services for same-sex ceremonies have been penalized or are facing penalties for their refusal.