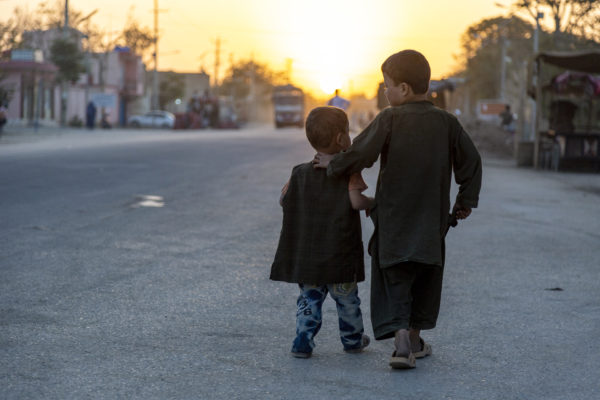 Central Asia includes five mostly Islamic republics, formerly with the Soviet Union, which the media refer to as “the ‘stan countries.” Together, Kazakhstan, Kyrgyzstan, Tajikistan, Turkmenistan and Uzbekistan have a population of about 72 million. The names and number of International Mission Board (IMB) personnel serving in Central Asia are unstated for security reasons.

In one Central Asian war-torn area, using money given by Southern Baptists for relief projects, IMB teams labored for many years. Now, all over this area, individuals have put their faith in Christ. Unfortunately, because of persecution from the community, few churches have formed. However, at great risk in recent months, several believers, following teaching IMB teams gave about church health, decided to covenant together and meet as a church.

Despite growing government pressure in Central Asia, pastors from several churches planned a community Christian worship service. Christians from more than 20 churches met for the worship service — an amazing feat since the number of attendees represented one-tenth of all the Christians in the country. As an IMB worker looked around the room, he saw healthy church leaders, many who had been trained this year in theology and Bible-teaching courses taught by an IMB team.

Just 25 years ago, there were few believers in the countries of Central Asia under communism. Now, several Central Asian countries have churches that are starting to send their members to serve among unreached people groups. An IMB worker in a large city is partnering with one of these cross-cultural Central Asians who trained 85 pastors this last year, many in a nation where IMB workers are unable to train pastors themselves.

Central Asian peoples were featured in the 2021 Missionary Prayer Guide for Oklahoma Baptists. To see more information about the work in Central Asia, visit www.oklahomabaptists.org/cp