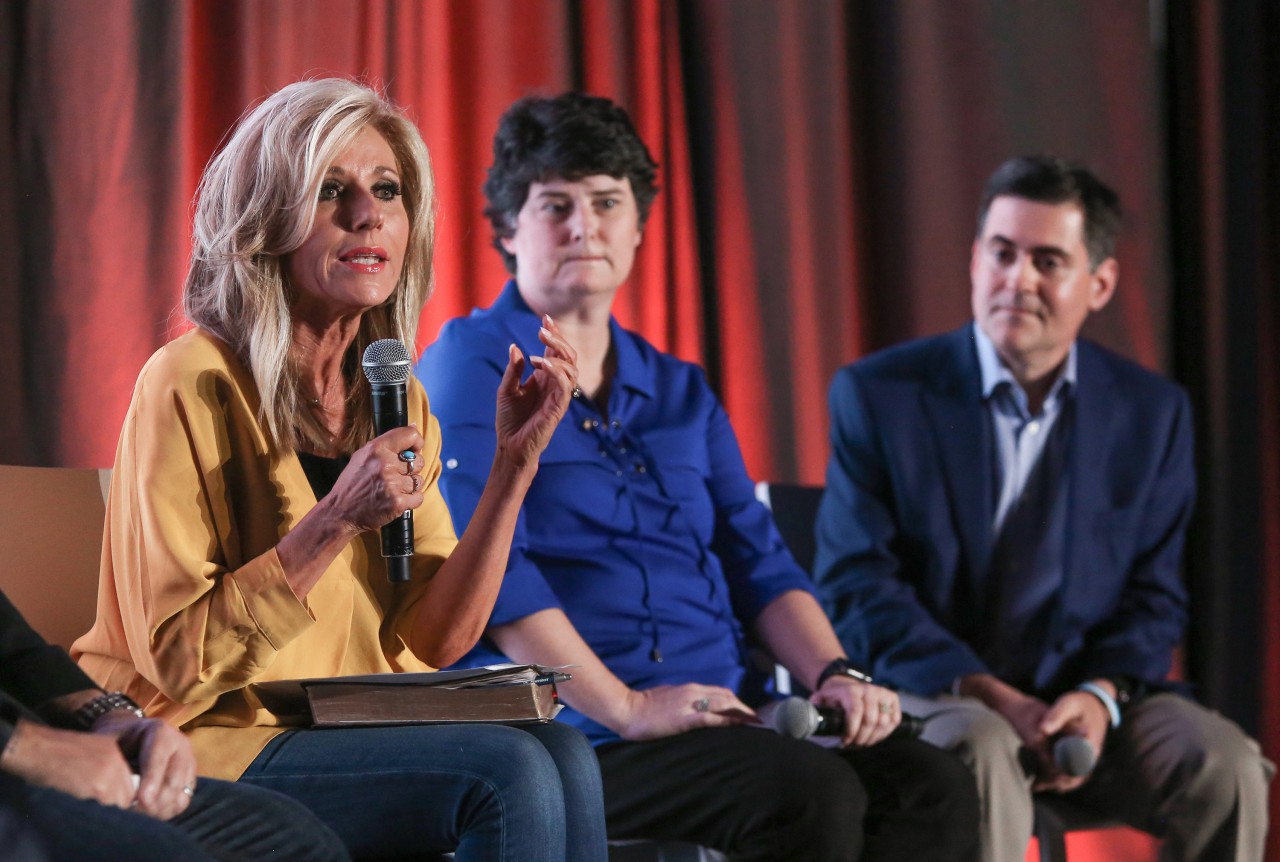 BIRMINGHAM, Ala. (BP) — Speakers at a panel on sexual abuse in Southern Baptist churches shared Monday night (June 10) their assessment of where the convention and its cooperating congregations stand regarding an increasingly obvious problem in the country’s largest Protestant denomination. 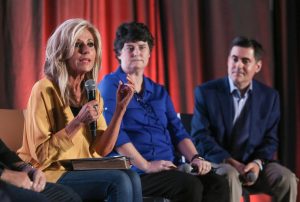 More than 1,250 people registered for “Sexual Abuse and the Southern Baptist Convention,” a conversation co-hosted by the Ethics & Religious Liberty Commission (ERLC) and the Sexual Abuse Advisory Study at an exhibit hall in the Birmingham-Jefferson Convention Complex.

“One of the things that I feel is relief that we really are talking about it,” Bible teacher Beth Moore said. “And I can tell you that we do have some things happening right now that I have never seen happen. I feel relief that it’s on paper…. I feel hope because we are speaking plainly about it, and I feel a tremendous sense of resolve.”

“There is a lot of skepticism, and I think some of it is justified, because the survivor community is used to hearing a lot of words,” Denhollander said “What we’re not used to seeing is action.”

SBC President J.D. Greear has made sexual abuse a focus of his first year in office. One of the reasons, he said, is: “The credibility of what we actually believe about the Gospel is at stake.”

He has learned from the survivor community, “&#91;T&#93;he strongest words without actions that follow up those words are worse than not saying words at all.”

ERLC President Russell Moore said, “God is uncovering some awful things, but at the same time God is raising up some really amazing and encouraging things as well. And one of those things is listening to the voices of survivors” and those who minister to them.

Susan Codone, senior associate dean of academic affairs at Mercer University School of Medicine, shared her personal story of being abused by two pastors as a girl at a Birmingham-area church.

The panel discussion on the eve of the SBC’s 2019 meeting followed a year of growing awareness of and attention to sexual abuse. Greear formed the Sexual Abuse Advisory Study in July 2018 to work in collaboration with the ERLC. The fluid study group’s purpose was to assess the current Southern Baptist handling of sexual abuse and to offer recommendations to churches in caring for survivors and providing protection from predators.

In February, the Houston Chronicle — joined by the San Antonio Express-News — began what is now an ongoing series on sexual abuse in Southern Baptist churches. The initial articles in the series found 220 pastors and other leaders in Southern Baptist churches who had been convicted of or taken plea deals in sex crimes involving more than 700 victims. The series has since reported on more abusers in churches, as well as some who served as missionaries with the International Mission Board.

The Sexual Abuse Advisory Study issued a 52-page report June 8 in which it expressed lament for every victim and acknowledged some churches and pastors have been more concerned with the reputation of their ministries than the protection of the vulnerable and prevention of future abuse. It recommended several steps of action intended to help thwart abuse and to care for survivors.

The report followed interviews with hundreds of sexual abuse survivors, as well as church leaders and national experts in the field.

The Advisory Study will make a presentation at the SBC meeting Wednesday afternoon, June 12.

Earlier June 10, the SBC Executive Committee approved a constitutional amendment specifying that churches which harbor either sexual abuse or ethnic discrimination are not in harmony with the SBC, as well as a bylaws amendment to establish a standing Credentials Committee to evaluate claims of church misconduct regarding sexual abuse and racism or any other matter that would call a church’s continued relationship with the SBC into question.

— The Advisory Study and the ERLC collaborated with LifeWay Christian Resources to produce “Becoming a Church That Cares Well for the Abused,” a comprehensive training curriculum that consists of a handbook with 12 video lessons from experts in a variety of areas.

— The two entities also launched the “Caring Well Challenge,” a call for SBC churches to participate in a year-long initiative to become equipped to prevent predatory behavior and to care for survivors.