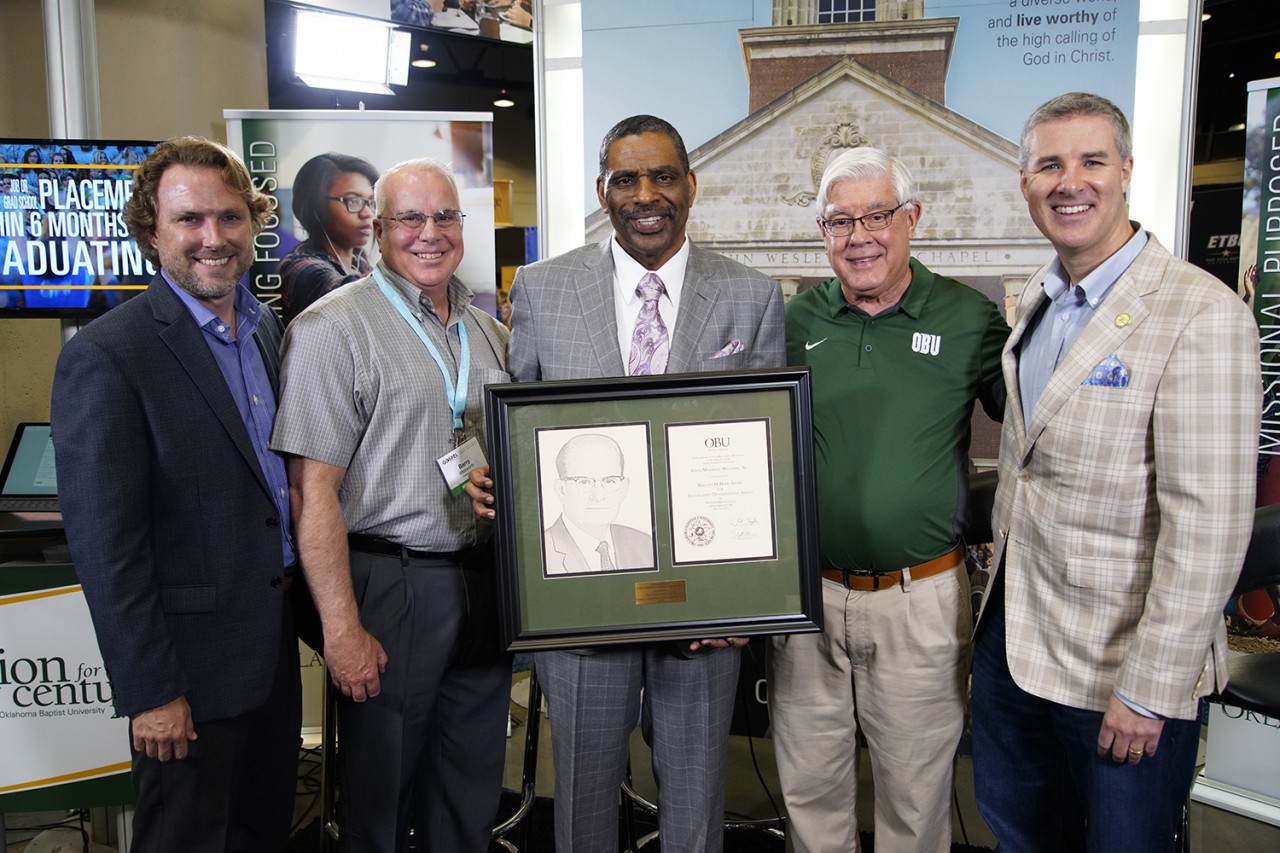 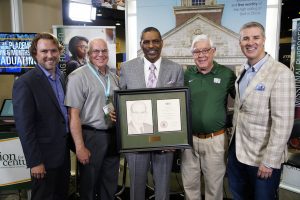 The award is named to honor the noteworthy Southern Baptist denominational service of Dr. Herschel H. Hobbs, a prolific author, preacher and radio program host. Hobbs was pastor of the First Baptist Church of Oklahoma City from 1949-72. He died in 1995. He is also the namesake of OBU’s Herschel H. Hobbs College of Theology and Ministry.

For more than 35 years, Williams has served as pastor of Nazarene Baptist Church. He earned a bachelor’s degree from Augsburg College in Minneapolis, Minnesota. He then earned a Master of Divinity from the Palmer Theological Seminary of Philadelphia. He served as a missionary with Sports Ambassadors, a basketball evangelism ministry team, which toured the Philippines, Hong Kong, Tokyo and five countries in Africa. He has also served as an adjunct chaplain and Bible expositor for the Philadelphia Phillies, Eagles and 76ers. In June of 1984, he was called as the sixth pastor of the historic Nazarene Baptist Church.

He currently serves as vice president of The Georgia E. Gregory Interdenominational School of Music, Nazarene Community Development Corporation, and No More Excuses Ministries. He is the director of community outreach for the prestigious Germantown Academy of Fort Washington, Pennsylvania, and a founding trustee of The Community Partnership School in North Philadelphia.

He has spoken at OBU numerous times including a chapel message in November 2017 and was a keynote speaker at the 2016 OBU Pastors School on the OBU campus in Shawnee.

Williams was excited and humbled by OBU’s decision to name him as the Hobbs Award recipient.

“I’m honored and humbled that OBU would think about me and honor me with this award,” he said. “Thank you and God bless you all for giving me this opportunity.”

When asked what one thing he would tell students who are preparing for their ministry after school, Williams emphasized the importance of a personal relationship with Christ.

“The most important relationship you can have is not in the horizontal but the vertical,” he said. “Your ministry should be nothing but an overflow of your relationship of Him.”

Williams reminded all in attendance that their calling is one that they must answer with a yes.

“Nobody wants to stand up and tell the truth because people probably aren’t always going to like you,” he said. “But when God calls you, it’s an unaltered conviction that you must do what the Lord is calling you to do.”

Dr. Will Smallwood explained the importance of the award and what it means to OBU.

“We want you to know, Pastor Williams, that you are a great representation of what this award is about,” Smallwood said. “This award represents the best of what we have to offer and we are so thankful for your service.”

“We always want to point our students to role models,” Taylor said. “As we try to grow our world’s next pastors, evangelists and missionaries, we love to recognize people like Pastor Williams who epitomize the things we are trying to teach.”