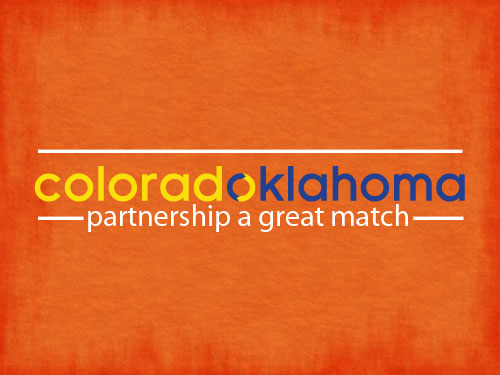 Churches in Oklahoma have been an encouragement to church planters in Colorado, said Bill Lighty, area missionary in Colorado’s Pikes Peak Association.

Lighty, who is also a church planting catalyst with the North American Mission Board, said “without partnerships, we can’t survive.”

A pastor in Colorado for 21 years and area missionary for nearly six years, Lighty said when he took the associational job, he knew the only way to make it successful was through partnerships.

The first partnership, he said, was with Pottawatomie-Lincoln Association, which started in May of 2011, before the official Oklahoma/Colorado partnership began in the fall of 2011.

“We are also partnering with Washington-Osage and LeFlore Associations, as well as Oklahoma City, Southern Hills, and Broken Arrow, First and Arrow Heights,” Lighty revealed.

“I’m just the conduit,” he emphasized. “I get them together and then get out of the way.”

“Here you have to earn a right to be heard,” he explained. “These are very independent people—a ‘don’t need anybody kind of people.’ It’s kind of like deer hunting. You can’t hunt deer the same way in every part of the country.”

“We are always trying to figure out how to reach people groups. When we go into a community, the first thing we do is prayerwalk. That shows us what we normally would not see.”

Some of the different things happening in the area are engaging the arts community, meeting in coffee houses and preaching to people while they exercise. Lighty said he thinks a “fly fishing” church would take off in Colorado.

“We would like to bring in church planters who would live here a year and learn how to plant churches in this area,” Lighty proposed. “God is bubbling up a church planting movement here—people just show up to help.”

He said his dream is to have 100 churches in Pikes Peak Association in 10 years, up from the present
50 churches.

“To do this, we have to connect with 14-16 year-olds now,” he said. “We had several teenagers who came out to work this summer. These are kids who can be the next pastors of our churches.”

Lighty said the first thing Colorado needs from Oklahoma is prayer, then people to come minister in the area.

“For example, we have a Multiplying Church Conference in November, and we need hospitality people,” he said. “We don’t have ministry assistants here. We don’t even have an associational building.”

Porter told the messengers that in the Oklahoma/Colorado partnership, he is the spiritual jumper cables to connect.

“Hopefully, I can get the spark going, and once it gets going, I get out of the way,” he said. “In Philippians, Paul talks about being partners in the Gospel. That’s how far back it goes.”

Porter noted when fires broke out in the Colorado Springs area in June, the community was highly affected.

“The partnership was a perfect match because we had a camaraderie,” he said. “God raised up an army of believers to meet that disaster.”

It was announced that the MY316 car, which Oklahoma gave to the Colorado convention, was used at the Colorado State fair in September. There were 280 volunteers who registered 8,200 people to look at the car, and 237 prayed to receive Christ.