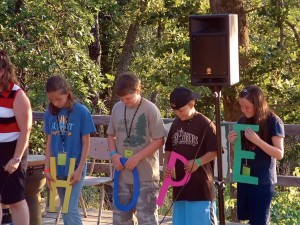 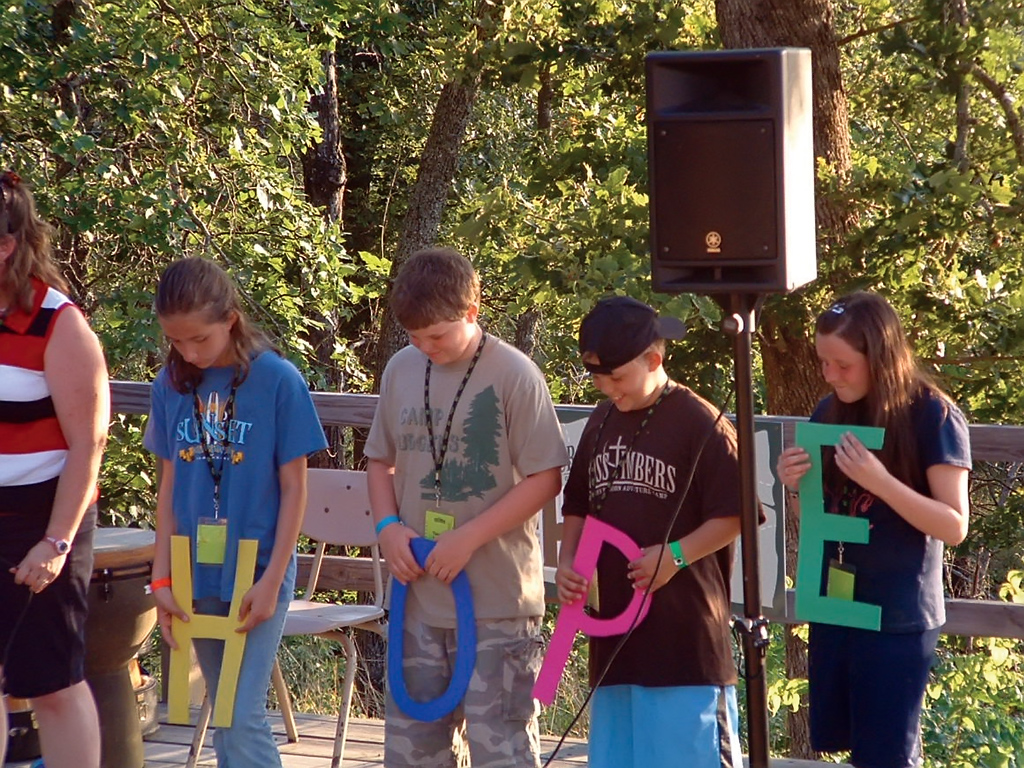 Oklahoma Baptists like celebrations. And they had a lot to celebrate when last year’s state mission offering reached the $1 million mark for the first time.

In 2006, Oklahoma Baptists gave $986,117 to the Edna McMillan Oklahoma State Missions Offering. One year later, they topped the $1 million goal, but failed to reach the hallelujah goal of $1.1 million, falling short by nearly $89,000.

The entire $11,372.01 that was collected over the $1 million goal in 2007 went to CrossTimbers, formerly Camp Hudgens, the new coed camp in McAlester.

“We’re trying once again to get that $1.1 million,” said Kerry Russell, Finance Team leader and chief financial officer of the Baptist General Convention of Oklahoma. If the offering should reach its hallelujah goal, the extra $50,000 will be divided between CrossTimbers and disaster relief.

The State Missions Offering is the only consistent source to finance Oklahoma’s disaster relief ministry. While Cooperative Program dollars finance staff salaries, all operational funds depend on the gifts of churches and individuals.

Oklahoma is known throughout the nation, especially by government and federal agency leaders, as always being ready to respond to natural or man-made disasters. Disaster recovery efforts in Oklahoma in 2007 involved thousands of volunteers who completed 4,300 chain saw jobs, gutted and cleaned more than 200 flooded homes and served more than 15,000 meals, all at no cost to the victims. The State Mission Offering makes it possible for disaster relief volunteers to be ready for a rapid response to feed, clothe, clean up areas and share the Good News of Jesus with those affected by the disaster.

The emerging generation, those typically between the ages of 18-34, are disappearing from our churches. In the last 10 years, average enrollment in Oklahoma churches for this age group dropped 23 percent. Specifically, 18-24-year-old attendance has decreased by 4,654; 25-34-year-olds by 10,080.

A recent survey of 900 adults, ages 18-29, revealed that 86 percent believed a person could have a good relationship with God without being involved in a church. With State Mission Offering funds, resources specific to this generation-multimedia, text messaging, podcasts, the Internet, Web blogs and electronic social networks-can be developed to help post-moderns discover faith in a like-minded community and provide opportunities for them to serve and make an impact on the world for Christ.

The need for planting new churches in Oklahoma is as great as it has ever been. It remains the greatest vehicle to evangelize the lost world.

While Oklahoma’s total population and ethnic population continues to grow, Oklahoma baptisms were down six percent last year. Churches involved in Strategic Focus Communities saw an almost 10 percent increase in baptisms. Fifty percent of Southern Baptist churches are plateaued or declining, but SFC have seen an increase in attendance of more than 4 percent. Twenty-three of those starts were a direct result of the Strategic Focus Communities.

Theme for this year’s offering is “Now Is The Time.”

“God calls us to join Him in making today the greatest day in the lives of people around us,” said Anthony L. Jordan, executive director-treasurer of the Baptist General Convention of Oklahoma. “We can provide ministries that touch them with the love and Gospel of Jesus. If we are to be obedient to Scripture, the time to engage the people of Oklahoma with the Gospel is today. I pray Oklahoma Baptists will give generously to the Oklahoma State Missions Offering.”