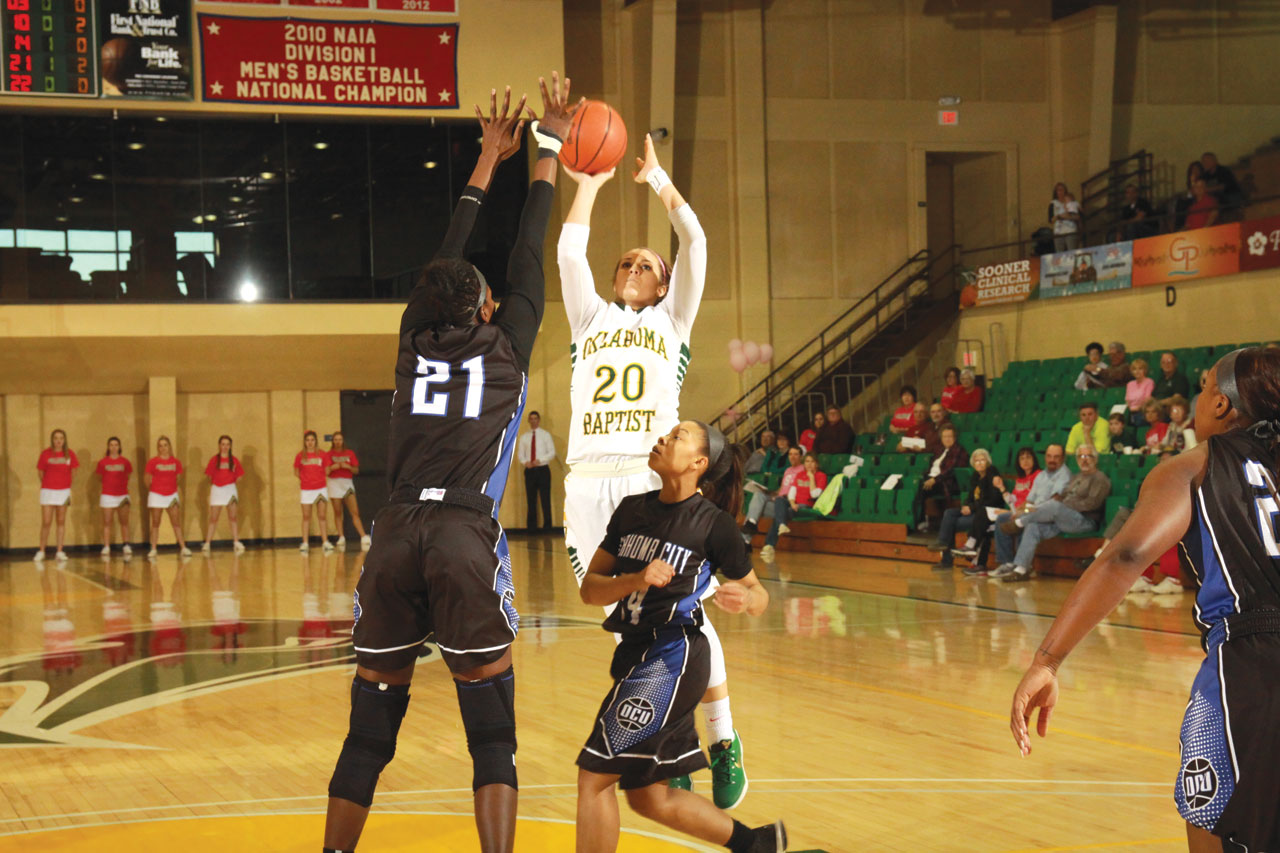 SHAWNEE—Oklahoma Baptist University (OBU) women’s basketball meets a new league and a new level of competition this year with a proven veteran team. How that translates in the Great American Conference (GAC) and NCAA Division II plays out this season.

“I think the GAC is very competitive all the way across the board,” said OBU Coach Casi Bays. “Every game will be a challenge for us, and we’ll have to prove ourselves and work hard. We’ve got a lot of experience in big games, so I’m excited to see what we do this year in a league of good coaches and good players.”

While no conference or NCAA Tournament awaits the Lady Bison in the transition to NCAA, the Lady Bison can compete in the National Christian College Athletic Association postseason.

“We’ll approach it like any other season,” said Bays. “We still want to win every home game, get better each game and improve until the end of the season. We have a lot of new faces so chemistry is going to be big for us this year, as is staying healthy.”

OBU has a pair of seniors on the block to shoulder some tough leadership in Raquel Dudzevich and Arielle Cooper.

The junior class of Cameerah Graves, Kiara Moore and Kathryn Sild are all guards. Graves (5.6 points, 96 assists) takes over as the full-time point guard. Moore transfers in from Northern Oklahoma and Sild makes the transition from Lady Bison tennis to basketball.

“McKenzie had a great freshman year, and we’re looking for her to step up her game even more this year,” Bays said.