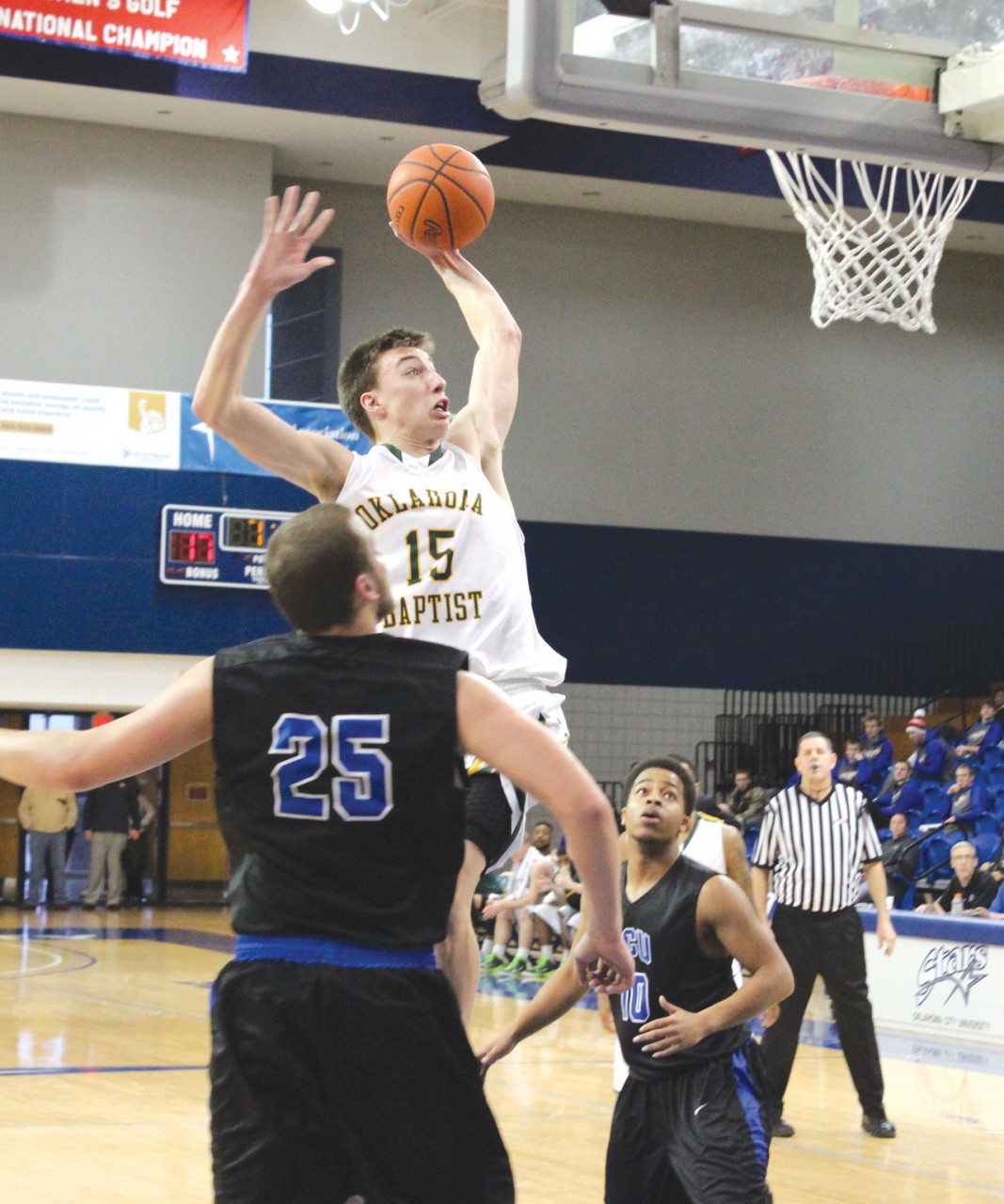 Incoming Head Coach Quinn Wooldridge, a Hall of Fame Bison, made his big splash on Bison Hill earning Freshman of the Year honors in 1995. Twenty years later he brings a lot of experience to OBU’s freshman year in the Great American Conference.

“I’ve been back here several times, came back with Missouri Baptist, Wayland, OCU, Southwestern Christian,” Wooldridge said. “I’ve been back here with four different schools. It’s a neat deal to be back here and see the other side of things here. Things are a lot different and it’s neat to go through this transition. It’s similar to starting the program at University of the Southwest, with all new guys in a new league, but with the benefit of the last 25 years of tradition. It will be a neat deal to try to navigate the ‘D2 Frontier.’”

Only three OBU players—Chandler Rickey, Beau Palmer and Jordan Hill—return, and all three could see role changes. Hill broke his hand before the season and will be out until the second half of the season.

“Rickey will have a completely different role for us. Losing guys last year, he played the five almost exclusively,” Wooldridge said. “He’ll be a four for us. We got to see him in the spring, and he got a lot better as a forward. We look for him to take a huge step this year. Hill will get a chance to contribute. He’s a surprising athlete and is able to space the floor a little bit and get some open looks.

“Palmer is really surprising. He’s a little better shooter than we thought he was going to be and he continues to smooth his other outside skills.”

The GAC will bring an assortment of challenges for the Bison, who will use these two transition years to gauge where they are and how they need to improve.

“We know it’s going to be a difficult time. I don’t think we’re going 22-0 and I hope we don’t go 0-22,” Wooldridge said. “Over the last three years both Southern Nazarene and Northwestern have been 30-30 in the GAC. That’s something to shoot for.”