Not your ordinary coffee house 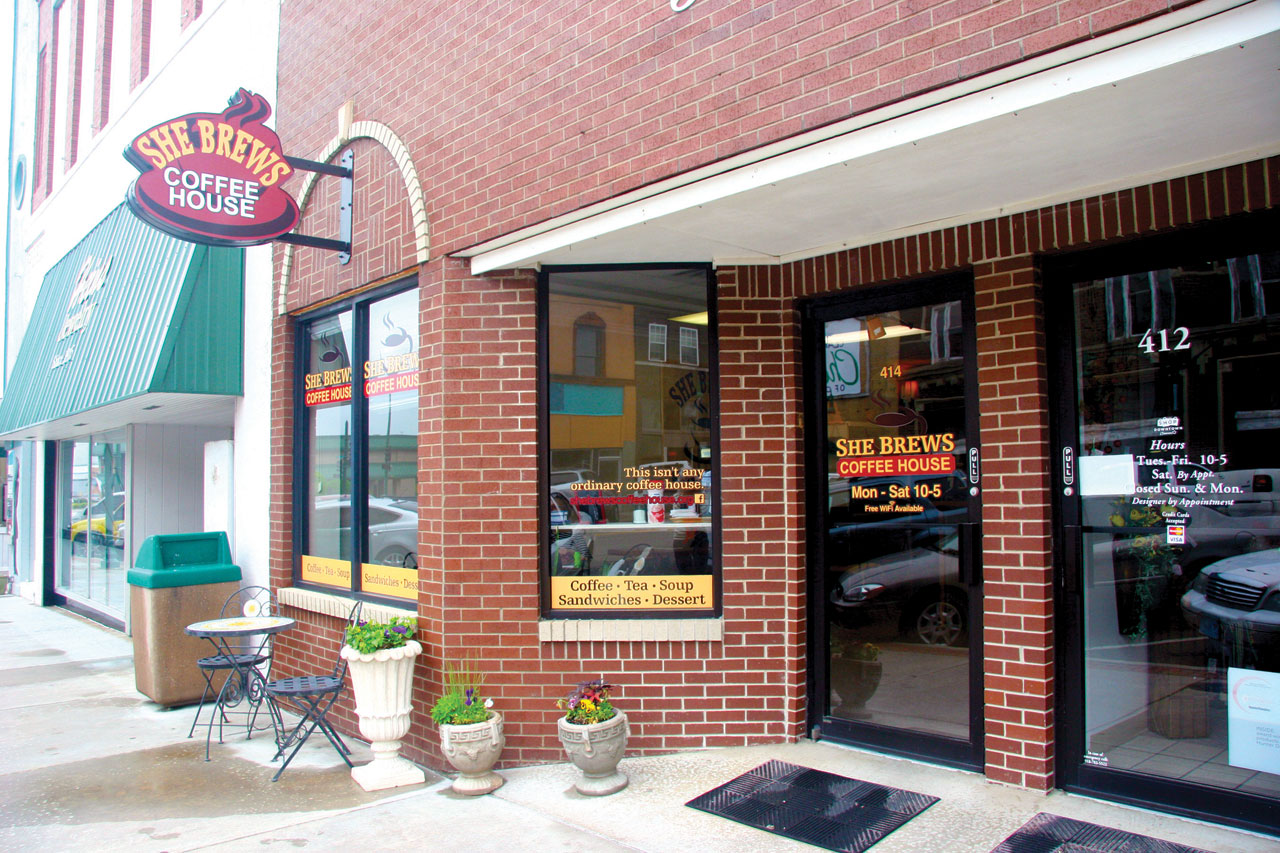 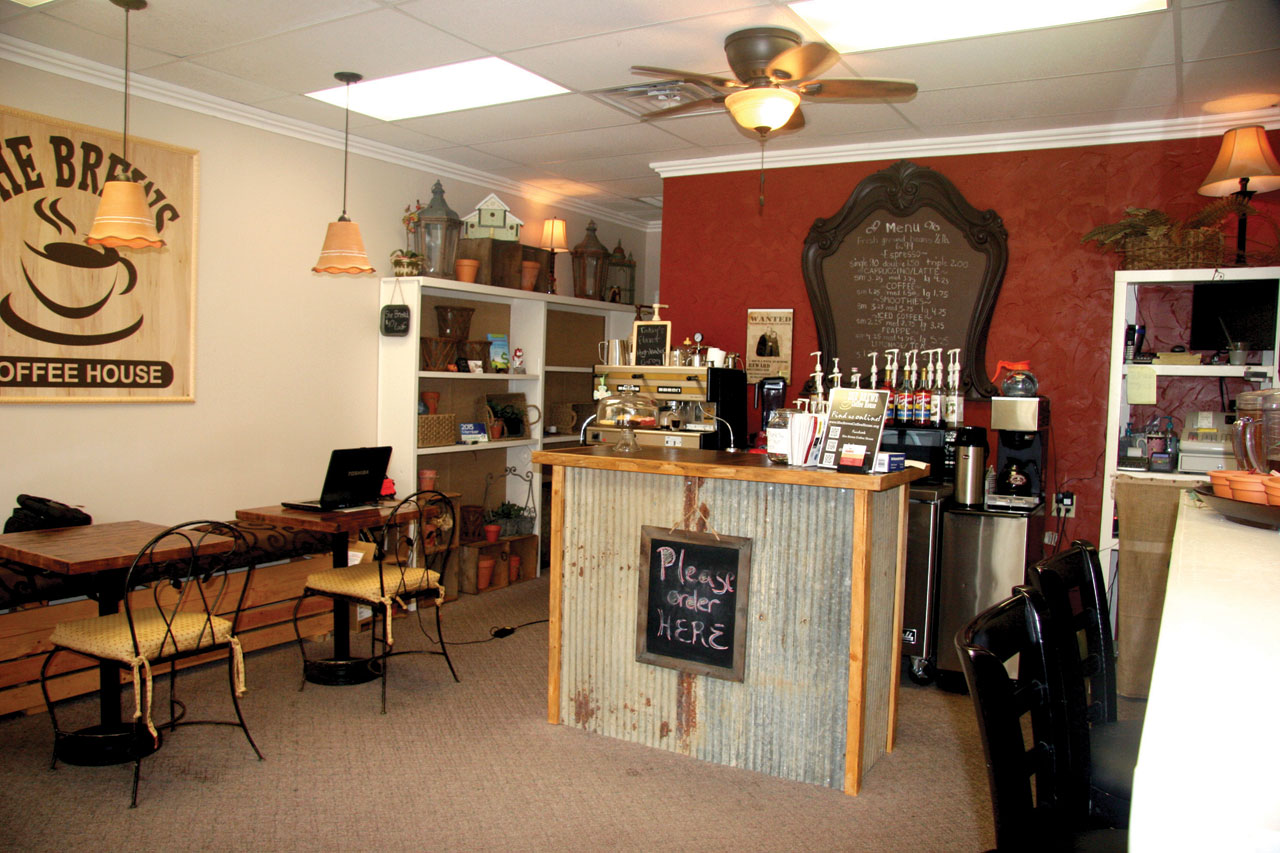 CLAREMORE—Only by the grace of God could so much happen in a tiny coffee shop on Claremore’s main street.

“The Lord gave me the name ‘She Brews,’ said founder Rhonda Bear, “so I thought it must have something to do with coffee.”

The idea for a coffee shop came when Bear, who served prison time for drug violations, was looking for a way to help incarcerated inmates.

“For years, Oklahoma has incarcerated more women per capita than any other state in the nation,” said Bear.

After numerous arrests, Bear was released from prison 13 years ago, and knew she wanted to change her life. She regained custody of her three children and held a steady job for nine years.

“God called me back into the jails to help other women and children be restored,” she explained. “There are 28,000 children in Oklahoma with an incarcerated parent, and 70 percent of those children will follow in the footsteps of that parent. It became my mission to try to save children, and you do that by saving moms.”

Bear emphasized that to stay out of prison, the women must have safe housing, a job and community support. Through Bear and her work, they have all three. She operates five transition homes, two of which house 12 women and three single family dwellings. And about three years ago, she started She Brews in a flea market booth, specifically to give recently-released prisoners a job.

“My husband bore the cost, but eventually he said ‘no more,’” related Bear. “We planned to close the doors in Nov. 2013, but along came four amazing women—Linda Biles, Mary Legon, Pam Flood and Earlene Washburn, who caught the vision and wanted to help.”

A space on Claremore’s main street—Will Rogers Blvd.—became available, and more help came in the form of furnishings, including a handmade counter and tables with bases made from car parts.

“Everything in the shop is 100 percent handmade or donated,” said Bear.

Although it takes $6,000 a month to run the non-profit shop, it has never been in the red.

“We started one Monday morning with $1.78 in the bank, but donations came in to keep us going,” said Bear. “This has God’s fingerprints all over it. It has been an amazing journey watching God work. His ministry is making a difference for His girls.”

The shop employs five to six women at one time, with 60-65 who have gone through the program. There is an eight-out-of-10 success rate, but “the eight we impact go on to affect our community,” said Bear.

As she visits prisons, Bear, who graduated in May with a bachelor’s degree in social work from Northeastern State University, says she looks for women who are serving Jesus in prison and abiding by the rules.

“A lot of women find Jesus in prison, but without a support system meeting them at the gate, they are not going to make it,” Bear noted. “I look for those who will survive in a Christian community.”

The women chosen to live in the transitional houses and work in the coffee shop have to abide by strict rules. They must attend Celebrate Recovery classes and be actively involved in church, reading their Bibles daily and keeping a journal.

“I want them to learn to hear God’s voice, and that comes only from living in God’s Word,” Bear declared.

Along with nine corporate sponsors who purchase food for the business, Claremore, First is heavily involved in the ministry, allowing the use of its kitchen to prepare the shop’s food. Women meet at the church every Saturday to prepare food for the next week, and in turn, the shop provides coffee for the church’s Sunday activities.

“We have been a typical county seat First Baptist Church, not involved in the community as we should be,” said Randy Swift, executive pastor. “But it has been a joy to see this relationship built and grace extended when these women walk in the door. We’re more of a hospital now than a church where you need to clean up before you come in. It has opened the heart of the church to realize the Bible Belt is full of hurting people. The church accepts these women, and they are shown love by someone other than the women at She Brews.”

“Most of us, being raised in the church from Cradle Roll up, knew nothing of the type of life these ladies have led,” said Biles, who is a She Brews board member. Their lives have been crushed, but we’ve had the privilege of watching them blossom.”

An example of a blossoming woman is Shaunti, who Bear calls an angel and one of the most amazing Christian women she knows.

Shaunti had a baby at age 13, and went to prison at 15 for second degree murder. After being released and violating probation, she served another six years. But before going to prison a second time, she was saved in the back seat of a police car. 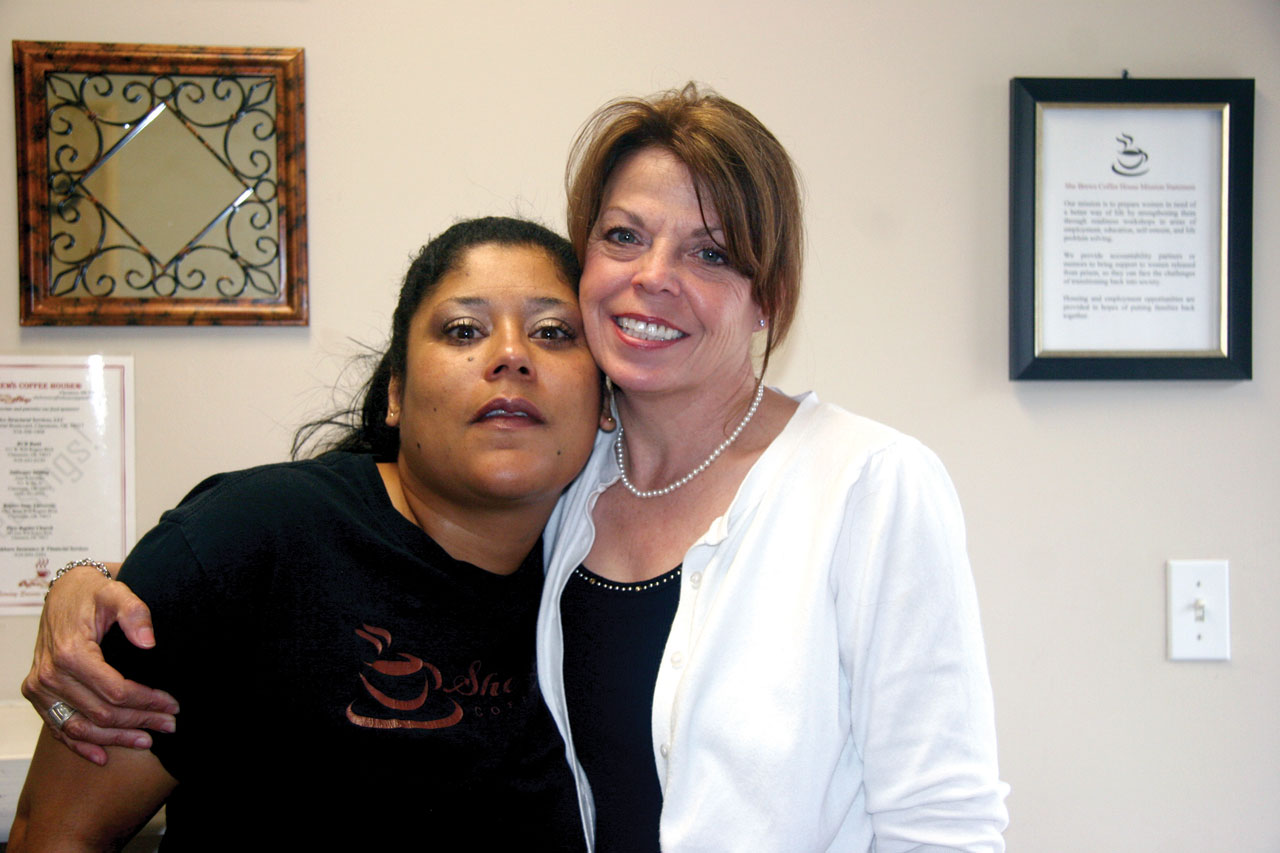 “I knew about Jesus, and I cried out for Him to save me, and He did,” Shaunti explained.

Bear said she met Shaunti in prison when Bear became a volunteer with the Oklahoma Department of Corrections, and saw she was walking by faith in the prison yard.

At age 36, Shaunti is working at She Brews, and recently her 23-year-old daughter found her, and they have been reunited.

Many of the women have indicated that without She Brews and how they have been loved and supported by the community, they would be back in prison.

“The story here is the community and how they have embraced the homes and the coffee shop,” said Bear. “These women didn’t come from Christian homes. They came from brokenness and poverty, and most don’t have a family to go back to.”

“We are all broken,” said Swift. “Some of us just look different. The ground is level at the foot of the cross. This ministry has opened the eyes of our people.”

Biles said First Church has always been very giving toward the ministry.

“Our people are very generous givers, but now we are investing more in people,” she said.

Bear, who was recently named Chamber of Commerce Entrepreneur of the Year and one of the top 10 Young Women in the State by the YMCA, said she believes She Brews is a model that can change the state of Oklahoma.

“The government doesn’t have the answer, but if we had something like this in each of the 77 counties in the state, we could make a gigantic difference.

“Some question inmates running a business, but they do it with integrity and unto the Lord.”

For more information about the She Brews ministry, contact Bear at 414 W. Will Rogers Blvd., Claremore 74017, phone 918/923-6020 or email
shebrewscoffeehouse@gmail.com.