Never too old to serve the Lord 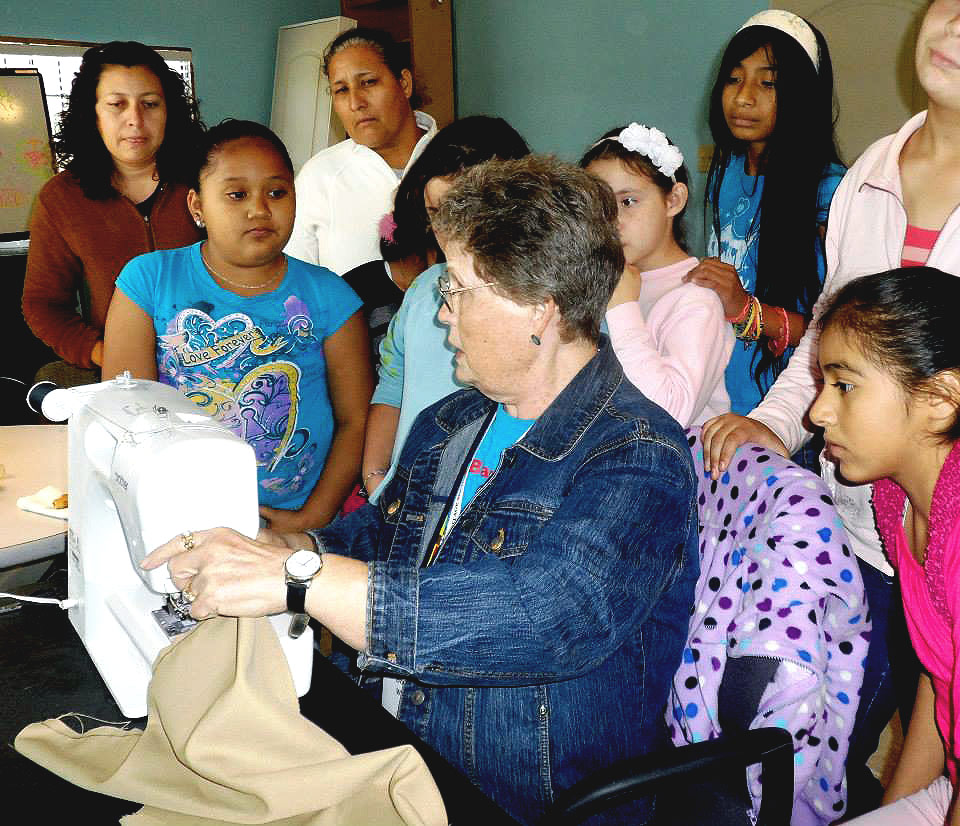 Bonita led a sewing ministry that sent thousands of items to mission points around the world.
[Photo provided]

John and Bonita Watts were not the type of people to sit at home and watch television.

“They were a pastor’s dream,” said Steve Lewis, pastor of Tulsa, Parkview, where the Wattses were members for more than 30 years.

Parkview members have great appreciation for both John, 92, and Bonita, 77, and their reputations of being active in serving. The church is now grieving as the couple died after an automobile accident that didn’t seem that serious at the time.

On Friday night, Aug. 3, John and Bonita were on their way to an outdoor concert. As they pulled onto a street leading out of their neighborhood, their car was struck by a vehicle traveling at a high rate of speed. They were taken to a hospital where Bonita was found to have a lumbar fracture, a broken rib and bruises. John came away from the accident with a partially broken sternum and cracked ribs.

“I visited them on Saturday morning, and though they were in a lot of pain, I was encouraged that they would ultimately recover,” Lewis said. “I told my wife that, thank the Lord, they were going to be OK.”

But just a couple of hours after Lewis left the hospital, Bonita developed breathing problems and was unable to be resuscitated. She died Saturday morning.
On Monday, John began physical therapy, and on Tuesday morning suffered a stroke and died. 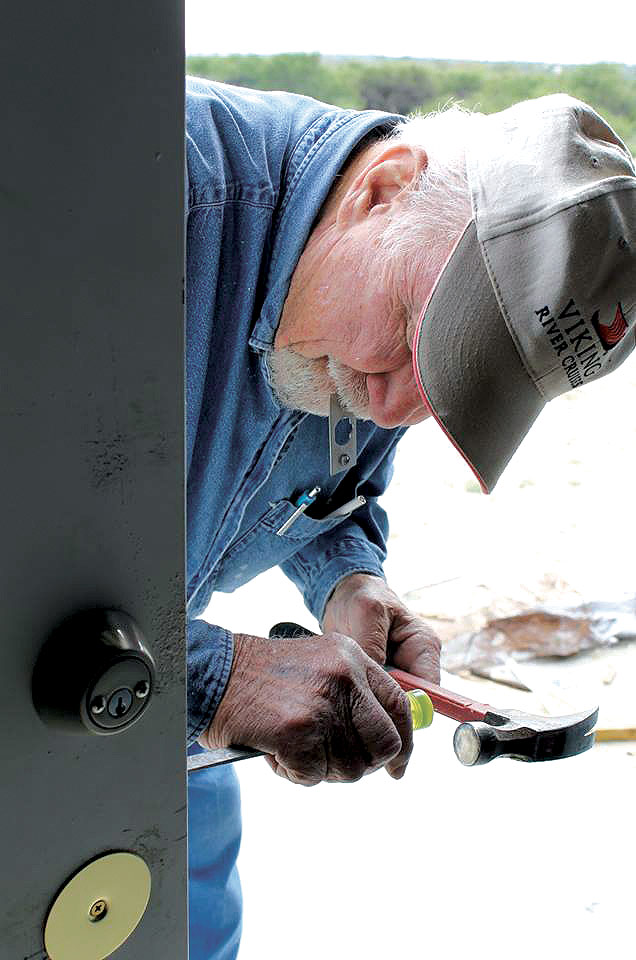 A master carpenter, John could fix anything.
[Photo provided]

John and Bonita had been married for 30 years. They met when both worked at BAMA, a Tulsa-based company which makes bakery products catering to the needs of restaurant chains. John was an air-conditioning repairman by trade, but was working maintenance at BAMA, and Bonita was employed in the bakery area where she developed the recipe for the biscuits used by McDonalds (She was sworn to secrecy).

“They loved the Lord, had abilities they could use and put them to work for God,” Lewis said.

Most recently, the couple traveled to Piedras Negras, Mexico, their third trip to that area.

“I served with them on the mission field,” said Melinda Loftis, Parkview’s minister of recreation and single adults. “John was a construction worker on the team, and Bonita was ministry leader, teaching women how to sew to make money for their families.” 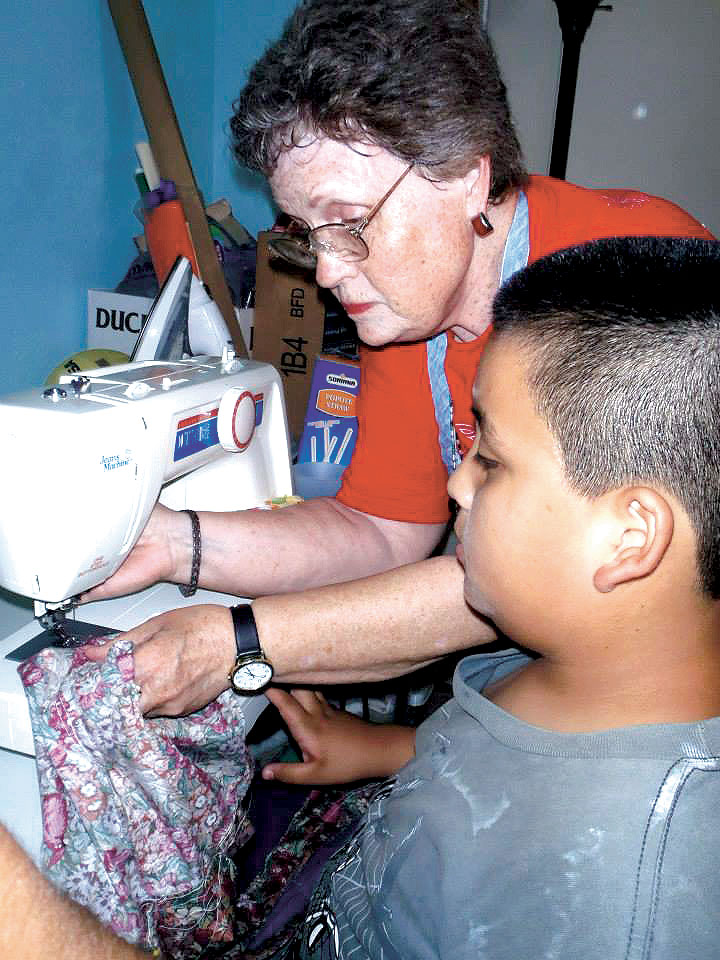 Loftis said the team expanded a library to be used for a church. “There is a church in the making there now because of the influence of John and Bonita,” Loftis added.
When they were “younger,” John and Bonita made several trips to serve in Venezuela (from about 1995-2000).

“John headed the construction team, building churches,” said Alan Carlton, long-time Parkview member and coordinator of the work in Venezuela. “He would build one church, and I would do the other.”

Carlton said they were rewiring a church building, with an electrical engineer looking over their shoulders, who told them they couldn’t have church that night because there would be no lights. Since “can’t” wasn’t in John’s vocabulary, he hooked up the wires in such a way that they did have lights—and a church service.

Carlton noted that the Wattses did whatever was necessary to serve Christ.

“We were doing a baseball clinic in Venezuela with Mike Brumley, and there was a gang on the playground who wouldn’t let him set up for the clinic,” Carlton recalled. “Mike started talking to them, and the gang leader accepted Christ. Later, as John and Bonita were doing door-to-door visitation, they found the gang leader stabbed in the stomach and took him to a hospital. Today he is one of the leading pastors in Venezuela.”

Back in Tulsa, the Wattses served through John’s construction work, building cabinets, repairing air conditioning units, doing electrical work and gardening for the church, while Bonita led a sewing ministry. 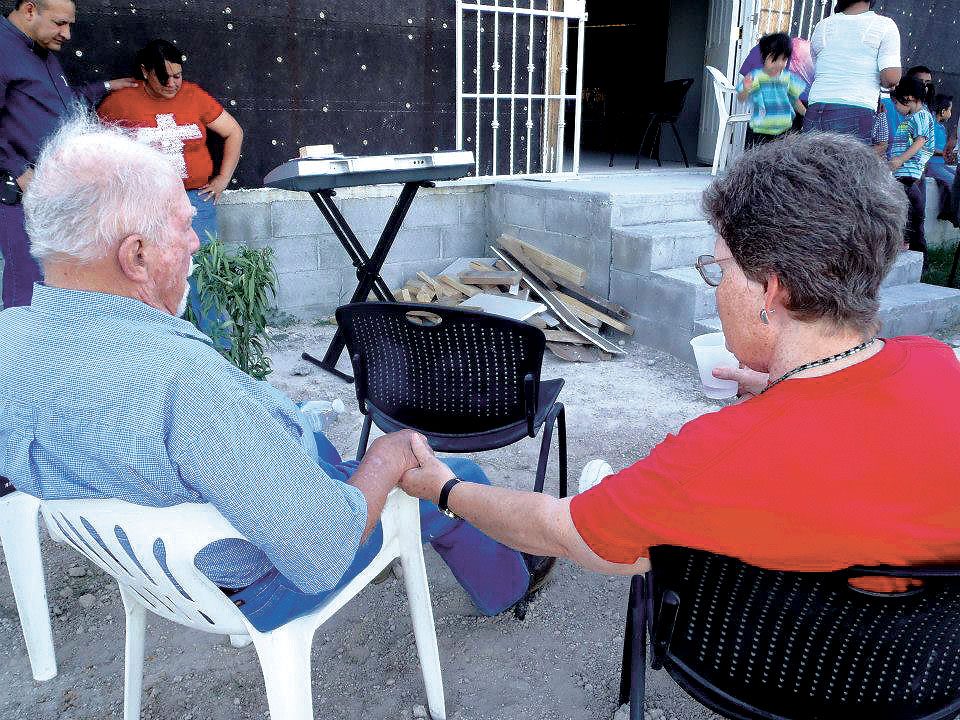 John and Bonita were married for 30 years. They were an example of never being too old to serve.
[Photo provided]

“Bonita directed our sewing ministry, which sends thousands of items all over the world,” Lewis said. “She led in making dolls, stuffed animals, cell phone holders, bags for nursing home walkers and blankets for people stranded at Tulsa International Airport. Most recently, she taught sewing to kids at our sports camp this summer.”

John was also active in Habitat for Humanity, and Bonita led Parkview’s ministry with Blessings International.
“They were faithful, kind and loving church members with hearts dedicated to service,” Lewis said. “Our mantra was, ‘Call John. He can fix it.’”

Lewis said he found a sheet of paper in one of their Bibles, which read. “A Mission Statement for the Wattses—John and Bonita: Our family Mission: to worship and serve the Lord without reservation; to love each other unconditionally; to support and care for each other along with our extended family; and to be wise of our gifts and resources at home, church and work.”

“John outworked most people half his age,” Loftis noted. “He had a great sense of humor. And Bonita was an amazing worker. She told her class members they should sew without grumbling. I never heard Bonita say a negative thing.”

Loftis said the love the couple had for each other was a fantastic example for married couples.

“They were who you hope people look at and say, ‘I want to be like them when I grow up.’ They never said ‘We’ve done our job.’ They never retired from serving.”

Carlton said the couple was an example of never being too old to serve.

“They personified serving Christ in a thoughtful, effective way,” he said. “Heaven’s richer. I’m happy for them.”

Lewis added that while the church is crushed with grief, at the same time, they are rejoicing for them as they enjoy eternal life together in God’s presence.