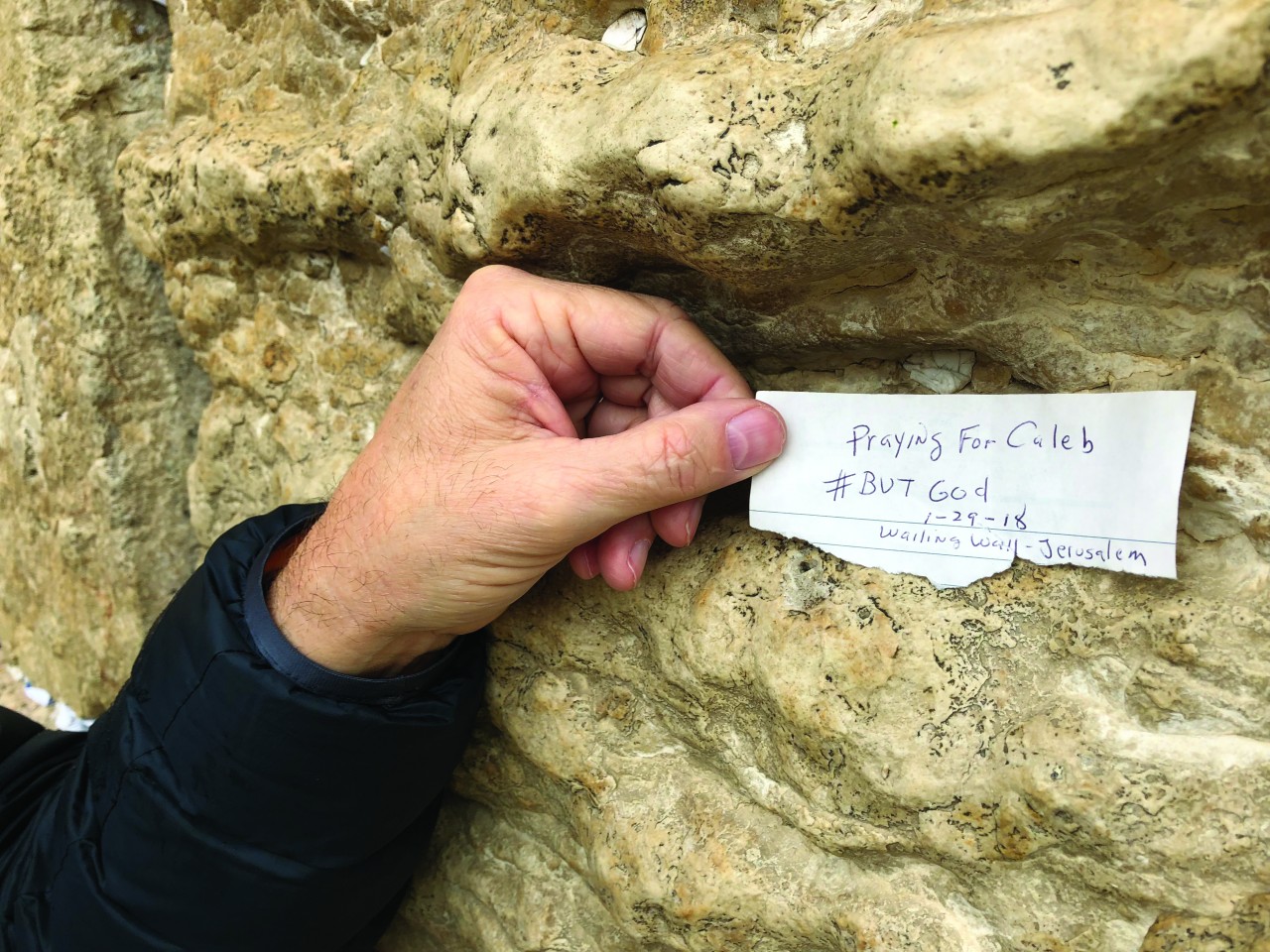 I have spent most of my career working overseas, engaging the lost. I have used hundreds of translators over the last 45 years to interpret as I preached the Gospel.

One day, I spoke to a group in China where seven different Chinese dialects were represented. Next to me stood seven different interpreters. As I spoke, the man next to me translated from English into Mandarin, the next from Mandarin into Cantonese, the next from Cantonese into Wu, and down the line we went. When the seventh translator finished, I spoke another sentence, and the whole process began again. A 15-minute message turned into an hour and half.

Even though I have used translators all over the world, I didn’t realize that, one day, I would need one in my own home. Titus the Honorable turned 5 this week. His brother, Cohen the Goodhearted, 2 years old, has become his faithful sidekick.

Even though Cohen weighs as much as he does, Titus has embraced the role of protective big brother. When Cohen falls down or gets hurt, he often runs to Titus. Titus puts his arm around him and says in a caring tone, “It’s all right, little buddy, everything is going to be fine.” Cohen calms down and feels better because “TiTi,” as he calls him, has comforted him.

When Titus began talking, he picked up words quickly, and his diction was impeccable. Sometimes you forgot you were speaking to a young child. He used words children his age don’t normally have in their vocabulary, but somehow, he knew them. I still remember him asking his mother, “Mom, what words do I don’t know yet?”

But Cohen is a different story. Titus has the brains of Solomon, and Cohen has the body of Samson. In his language development, Cohen is a typical child. He uses lots of baby talk and sometimes says words we don’t understand. But the odd thing is that Titus knows exactly what Cohen is saying and has become his translator.

The other day, Cohen came up to me and said, “Poppy, I want a gmex in a dowl!”

I could see the little fellow getting frustrated, so I called for his big brother’s assistance. “Titus, what does Cohen want?”

“Hey, little buddy, what do you want?”

With tears in his eyes, Cohen mumbled, “I want a gmex in a dowl!”

With that, Titus turned to me and said, “Poppy, he wants some Chex Mix in a bowl.”

“Is that what you want, Cohen?”

He nodded his little head, and I handed him a bowl of Chex Mix.

Another time, Cohen was at our house, playing with some playdough. “What are you making, little buddy?” I asked.

Now, if Titus is not around, God sometimes gives Grammy the gift of interpretation. Seeing my puzzled expression, she looked at me and said, “He is making spaghetti.”
The way Cohen said it was so cute that I had to ask him again, “What are you making?”

In life, we often need an interpreter when we don’t understand what is happening: unexpected events, illness, death, natural disaster, job loss, accidents and more. These things throw us into the arena of “Why, God?”

I have a good friend, Pastor Jeremy Freeman, whose 16-year-old son, Caleb, was in a horrible car accident. Caleb laid in a coma for two months; his prognosis was bleak. Tens of thousands of people prayed. I was in Israel when it happened, so I went to the Wailing Wall and put Caleb’s name before God as I prayed for him and his family.

Because of the Great Interpreter Jesus gave us after His resurrection, the Freemans didn’t say, “Why, God?” They rejoiced in what God was doing and prayed for what He would do. Eight months later, Caleb walked down the aisle of his home church and gave glory to his Heavenly Father.

Like Caleb and his family, we are not alone (John 14). God has given us His Son, Jesus; His Holy Word, the Bible; and an Interpreter, the Holy Spirit, who helps us make sense out of life when nothing else can (1 Cor. 2). All of those combine to give us hope.

Welcome home, Caleb! No one who hears your story needs an interpreter to translate #ButGod.