Native American youth urged to put past behind them, serve God 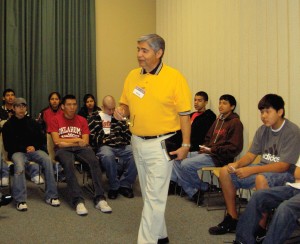 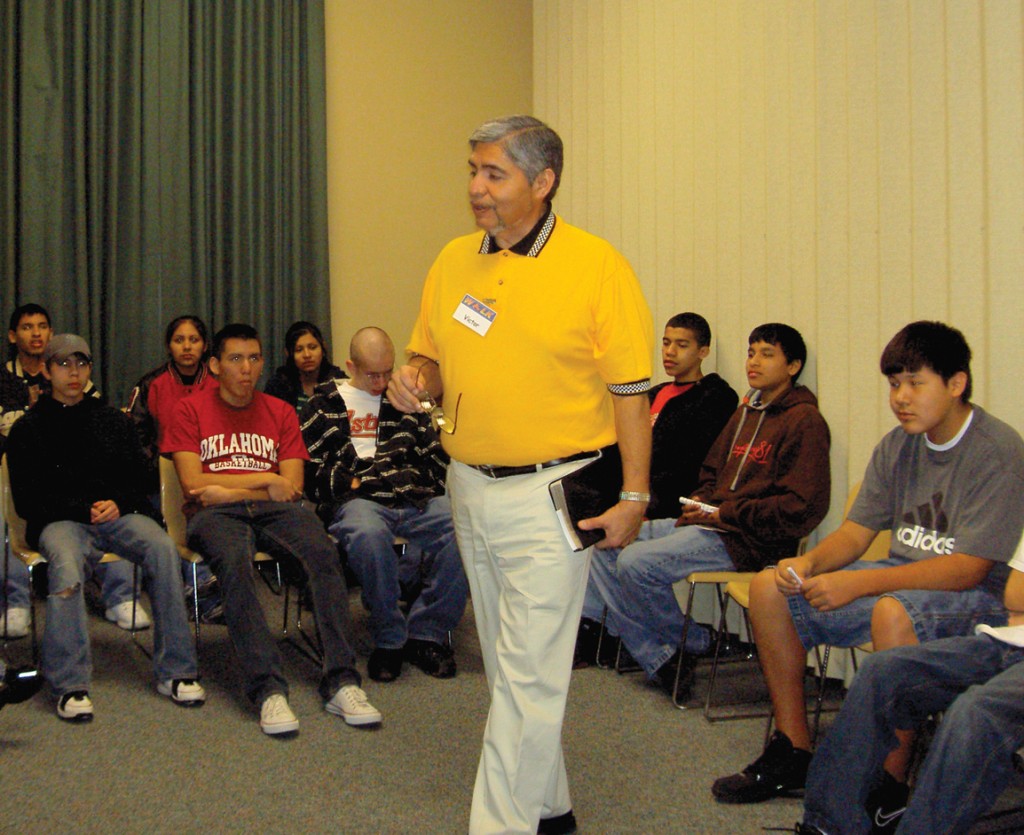 SHAWNEE-“You are uniquely crafted to accomplish everything God wants you to do,” youth attending the Native American Youth and Young Adult Conference at Oklahoma Baptist University were told. Mike Keahbone, youth minister at Bixby, Riverview, told about 300 gathered at the Geiger Center that before they were even a thought, God designed them with the purpose of glorifying Him.

“And what He did not give you to begin with, He uses circumstances to get you ready-to teach you things,” Keahbone said.

Keahbone said he did not understand why God sent him into the family He did. His mother became pregnant with him when she was 16. There were alcohol and drugs throughout his family. The men in his family drank themselves to death before the age of 40.

“I didn’t know drugs were illegal until I was in the seventh grade,” Keahbone revealed.

He said as alcohol took over his mother’s life, he was passed around to relatives, and when she started experimenting with drugs and became involved with the wrong people, he saw her reduced to a street lady.

“I questioned what I had to go through with my family,” he said. “Then one day, I learned what my name-Keahbone-means. “It means ‘stronger than death-salvation.’ God had put it in my name. He called me to take salvation to my family and to others. He had to allow certain things to get me ready.”

Keahbone said his mother was saved 11 months before she died of cirrhosis of the liver.

“Every day, you are showing people what you think of God by how you live,” he noted.” You are either magnifying Him or showing a picture that can only be drawn by a darkened heart. God hates sin, the weapon used to torture His Son.”

Quanah Irvin, a student from Alabama, said he also grew up in an unsteady family, but had an aunt who took him to a Native American Bible camp, which turned his young life around.

“When you experience salvation, you have started a race,” Irvin told the youth.

He said when he ran track in high school, he had to do warm-up rounds, but he never did them full-speed because he didn’t want to get hot and sweaty.

“So many times, we say we don’t want to get on fire for God,” he said in comparison. “We go at half-speed.”

Irvin said, although he had a solid foundation in Christ, he was running from God. A Christian speaker who came to his school opened his eyes.

“He talked about the Great Commission,” Irvin related. “I realized we are sitting in church pews, classrooms, at work and not doing anything about expanding God’s Kingdom. The great majority of people are going to hell, and we, as Christians, are doing nothing about it.”

Irvin said he felt God was calling him to do something special, but he was making excuses. Then he heard someone at a youth conference talk about obedience, and he knew God was not going to let him leave that place without surrendering to Him.

Emphasizing he is now back on track and running for God, he said opportunities opened for him to talk to people about Christ when he opened the door to obedience.