Chaplains share testimonies from the street in New Orleans 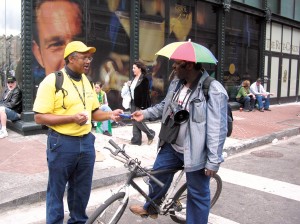 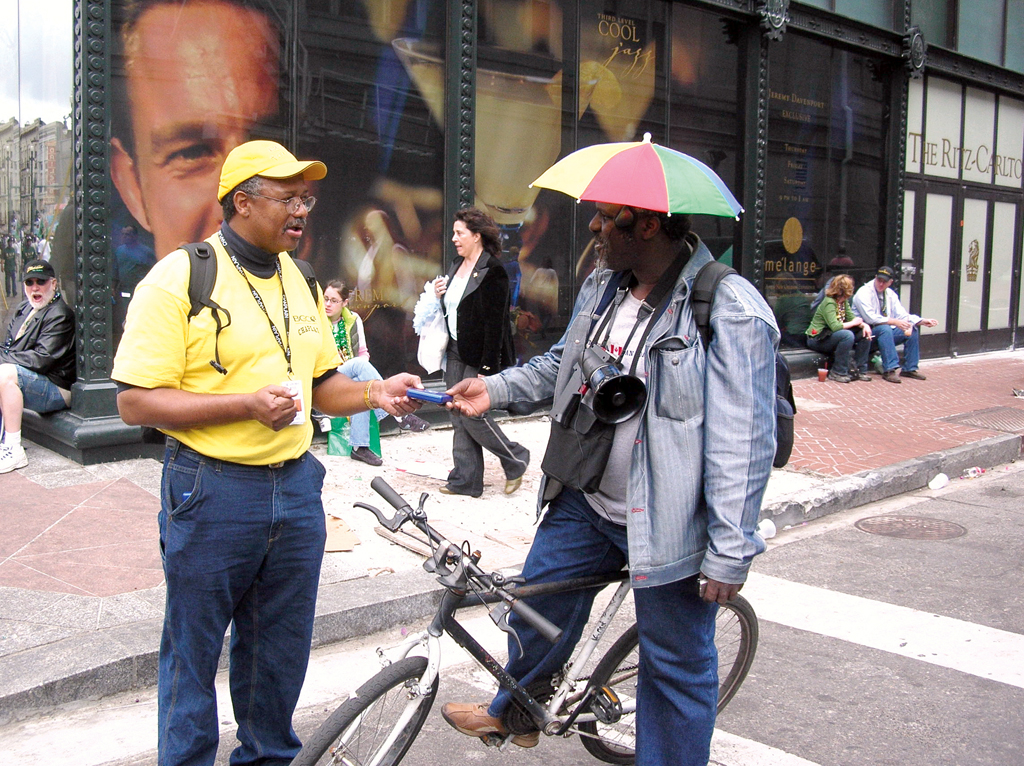 “I shared with a man the story of Jesus and he accepted Christ. He works for the city as a street cleaner. He was the kind of fellow who respected all kinds of religions, especially the “work for salvation” crowd. Now, he has found the true and living God by grace in the person of the Lord Jesus. He left his job smiling for Jesus. I saw a difference in him after his salvation experience.” -Eddie Jones

“What some would say was remarkable, I would say is expected. With each day that the enemy threw more at God’s team, the Holy Spirit provided more strength to those of use who could go out. And with each day that we went out to witness in the French Quarter, the demonic presence became greater and felt by each of us on the team. True the Word of our Savior, He provided us with more and more opportunities to share with each of those passing days.” -Don Hunter

“Sunday we talked with a homeless person in Jackson Square who said he had shamed Christ by taunting some of the people out there witnessing for Jesus. Breaking into tears, he continued to talk about the shame he felt. We shared Scripture with him, and prayed again and he said he still felt shame, but was encouraged by what God had said in His Word. The next day, we saw him at the Christian rally and he was doing well. To God be the glory! -Stuart Boyes

“Witnessing to five young homeless people on the river walk was my biggest blessing. They cursed me with every foul word imaginable. As I was being cussed I thanked God for blessing me with the love and compassion to help those in need. After a short time I was able to tell them I loved them, the Lord loves them and gave them resources for food, shelter, clean clothing and spiritual help. There were tears in several eyes. -Jerry Burkham

“A young man’s first words were ‘My girlfriend left me.’ We talked about their relationship and about having God in their lives. I witnessed to him about living the right kind of life. Our conversation was extensive, and he was really thinking about the way he was living his life and how it could be much better. He rededicated his life, and I felt that the Lord had blessed us.” -Terry Burkham

“As I talked to one man, he related to me how several times he had given his life to the Lord, and he felt he was so far in sin that God would not listen to him anymore. It gave me the beautiful opportunity to tell him that had he truly accepted the Lord the first time, that was all that was necessary, and he didn’t need to continue to put our Lord on the cross over and over. He just needed to ask the Lord to help Him to be strong enough to turn and walk away from the sin he was committing, he looked at me with new eyes and prayed a prayer of repentance to began a new walk in his life.” -Sharon Johnson

“We noticed a man sitting on a park bench. He seemed to be lonely and by himself. We approached him and asked how he was and he responded by asking us, ‘Who are you guys?’ We told him we were chaplains from Oklahoma just sharing the love of Jesus. We gave him a first aid kit and a “What Is The Most Important Thing. Org” tract. He said he had heard about God but didn’t go to church. He also told us that his son and daughter believed in God and went to church. We asked if we could pray for him. The biggest smile came on his face as he jumped up and eagerly embraced us. As he clutched our arms we prayed for him and his family. The feeling we got was that he was thankful that someone took time to share with him.” -Bob Webster & Larry Davenport

“We had passed out a lot of first aid kits on streets in the French Quarter. We made our way through the crowds to Canal Street. We were tired, so we found a place to sit far away from the crowds. We took out some tracts and were handing them out when a man came over and said, ‘Could I have one of those?’ I said yes and asked him if he had a minute and he sat down beside me. I shared the love of Christ with him, and he prayed to receive Christ in his heart. This was an answer to prayer as I had asked God to send someone my way so I could witness to them and they would be saved.” -John D. Croy

“I had the privilege to visit with one young lady who said she had accepted Christ at one time in her life, but when I asked her if she knew for sure she was going to Heaven, she said, ‘no.’ So we talked about how she could be sure, and I told her I John 5:13 tells us how we can know for sure that we have eternal life. She just asked me to pray for her that she would be able to know for sure.” -Todd White