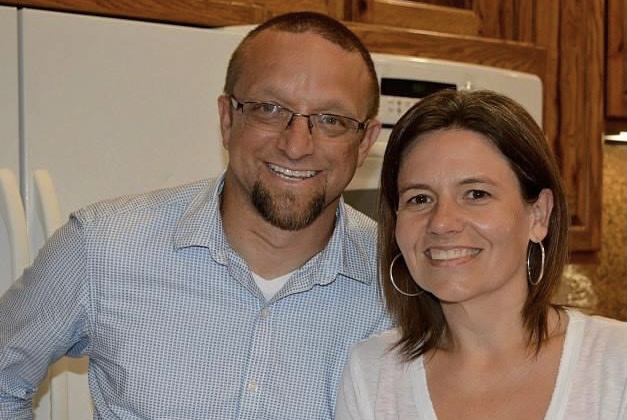 This is just one of the many ministries of the OCU BCM.

“We engage in local missions projects around Oklahoma City as well as joining other BCMs on mission trips and Disaster Relief projects,” said Matt Stewart, who has been OCU’s BCM director since August 2016.

Stewart came to the OCU BCM from Fort Cobb, where he served as pastor.

“I believed God was calling me to work with college students,” said Stewart who previously served as a youth minister at several Oklahoma churches.

Stewart grew up in Kingfisher. He was saved, baptized and licensed to the Gospel ministry at Kingfisher, First.

“When I was 16, I was confronted with the question, ‘If I were to die, where would I spend eternity,’” Stewart recalled. “That question shook my world. I called my youth pastor, and he was faithful to share the Gospel. So, on a summer day, I gave my life to Christ, and He has changed everything in my life. My purpose, my character, the man I have become, the husband that I am and the type of father I became is all because Jesus changed my life.”

OCU is one of 40 Oklahoma campuses with a BCM, with more than 60 staff members serving the students. The local staff members are there to encourage, mentor, disciple, equip and coach students during their college years.

One of the favorite ministries at OCU is the free lunch, which the BCM has been hosting for more than 25 years. Local churches or small groups agree to host or cater a lunch on campus where faculty, staff and international students have come to expect a free weekly meal with fellowship.

Stewart and his wife, Jennifer, met at Oklahoma Baptist University and were married in 1993. They have two children and a daughter-in-law. Their son Caleb, a recent graduate of OBU, married Brook Thorman in January 2022. Their daughter, Cameron, is a junior at John Brown University in Siloam Springs, Ark., and will graduate with a Kinesiology degree in the fall of 2022.