Matt Spann has spanned the globe to advance the Gospel 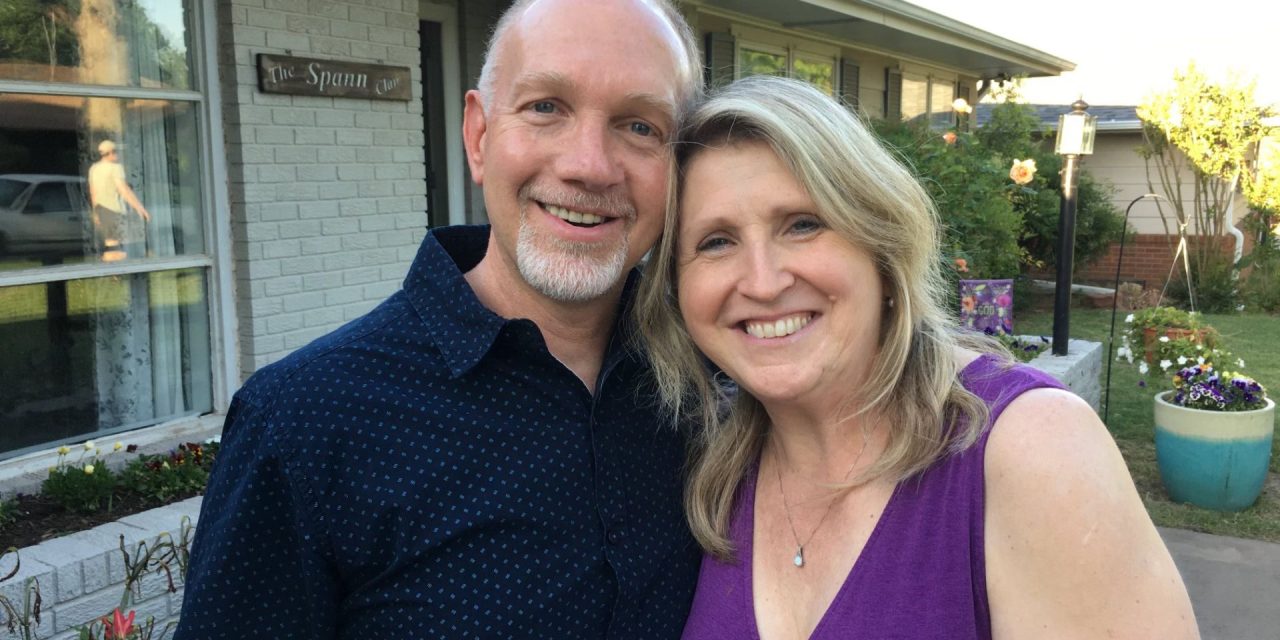 Matt Spann has lived in 25 cities/towns, six states and five countries. He has served as a youth minister, church planter, pastor, missionary, consultant for seminary students and currently serves as director of missions in Cherokee Strip Association.

He received most of his education in Texas, attending junior high and high school in Houston, Baylor University in Waco and Southwestern Seminary in Fort Worth. He said he grew up attending church, where his father was a minister of music, but didn’t realize his need for salvation until he was 8.

“That was through my pastor in Rome, Ga, leading me through the Roman Road,” Spann recalled.

In college, Spann studied engineering science, intending to work in the oil industry, but the summer before his senior year, he worked as a youth minister at a church in Galena Park, Texas, and through that experience had a clear sense of calling to ministry.

After seminary, he worked as a church plant intern, helping start a new church in Huntington Beach, Calif., then moved to Orlando, Fla., where he took on a role with the then-Southern Baptist Home Mission Board, Florida Baptist Convention and Greater Orlando Baptist Association as a church planter, starting four churches in two years. After the two years of church planting, he stayed on as pastor at the fourth church plant.

While in Florida, he was married to Carol Vandeventer, and after serving as pastor for three years, the couple was appointed as International Mission Board (IMB) missionaries to Moscow, Russia in 1993. Carol contracted breast cancer in 1996, and they returned to the states for her chemo.

“When she was given a clean bill of health after about six months, we returned to Russia, but her cancer came back in 1998, and she passed away within less than three weeks of the diagnosis,” Spann said.

Their children were ages 5 and 3 when their mother died. Spann was given an assignment first as a stateside representative for IMB work in Eastern Europe, then as an associate candidate consultant for students at Southwestern Seminary and people in the Dallas-Fort Worth area who felt called to missions.

While in that job, Spann met LuSinda Haskins, a single mother whose first husband had died from leukemia when their daughter was 5 months old. He and LuSinda married in 2000, blending their families and welcoming another child in 2002. That year, the family went overseas with IMB to France, and then to Madagascar where they served until 2013. During 2013-14, Spann and his wife were missionaries-in-residence at Southwestern Seminary. In 2014, he served for a brief time as associate pastor at Woodward, Lincoln Avenue before being called to serve with Cherokee Strip in August 2014.

Spann said the association is involved in several local mission efforts, including working with Forgotten Ministries and the Salvation Army.

“We’ve also had several projects where our churches have come together to help revitalize specific associational churches as we did a few years ago with a community outreach called Mission Medford in conjunction with Medford, First,” he explained. “We also have worked together to see two new churches started and a new ministry of Pacific Islanders started through Enid, Emmanuel in the former facility of Enid, First Indian.”

On the national level, the association has partnered with Aurora, Colo., First to help repair its facility, as well as conduct numerous outreaches into their multicultural neighborhood.

“We’ve also partnered with local Baptist churches in the very diverse multicultural community of the Northeast in Kansas City, which is just north and east of downtown and is packed with immigrants from Afghanistan, Somalia, Sudan, Ethiopia, Congo and Central America,” Spann said.

“LuSinda, our son Caleb and I were able to return to Madagascar in 2017 for a mission trip where I taught missions and church planting to a group of 40-50 pastors and church planters in the southern part of the island,” Spann revealed.

Spann said the association has had multiple training events designed to equip and encourage people to share their faith.

“The mission trips we plan are all designed with sharing the Gospel as the ultimate purpose for which we go,” he said. “Starting new churches or at least new ministries is one of the most effective ways to reach people for Christ, and we have done that and plan to continue as long as there are people to be reached.”

Spann said he and his wife worked together to lead a steering team of people from the association’s churches and other evangelical churches in the area to start a crisis pregnancy center that is now known as Journey House Pregnancy Resource Center in Enid.

“We are also involved in helping to launch a new Guest House Ministry called Elisha House that provides lodging for people/families who come to Enid for medical care,” he said.

Spann said a verse that has always driven much of his ministry as a church planter/pastor/associational mission strategist is Rom. 15:20, “It has always been my ambition to preach the Gospel where Christ was not known, so that I would not be building on someone else’s foundation.”

“You may ask why we would need to plant new churches or start new work in a state like Oklahoma that is part of the Bible Belt,” Spann noted. “It’s because starting new work, churches or ministries is still one of the most effective ways to reach people for Christ, and there are still lots of people and places here in Oklahoma yet to be evangelized—what you might call ‘holes’ in the Bible Belt.”

The Spann family consists of Paul, a doctor of physical therapy, in Cheyenne, Wyo.; daughter K who serves overseas among Himalayan peoples with her husband and two children; Lydia, who lives in the San Antonio area with her husband, Colton, and one child, and Caleb, a sophomore at the University of Oklahoma studying business/entrepreneurship.

Matt Spann is featured in the 2022 Missionary Prayer Guide for Oklahoma Baptists. To see more information about his ministry, visit oklahomabaptists.org/cp.