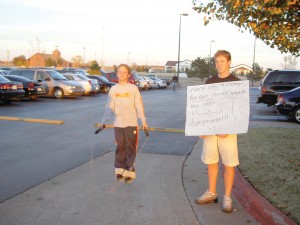 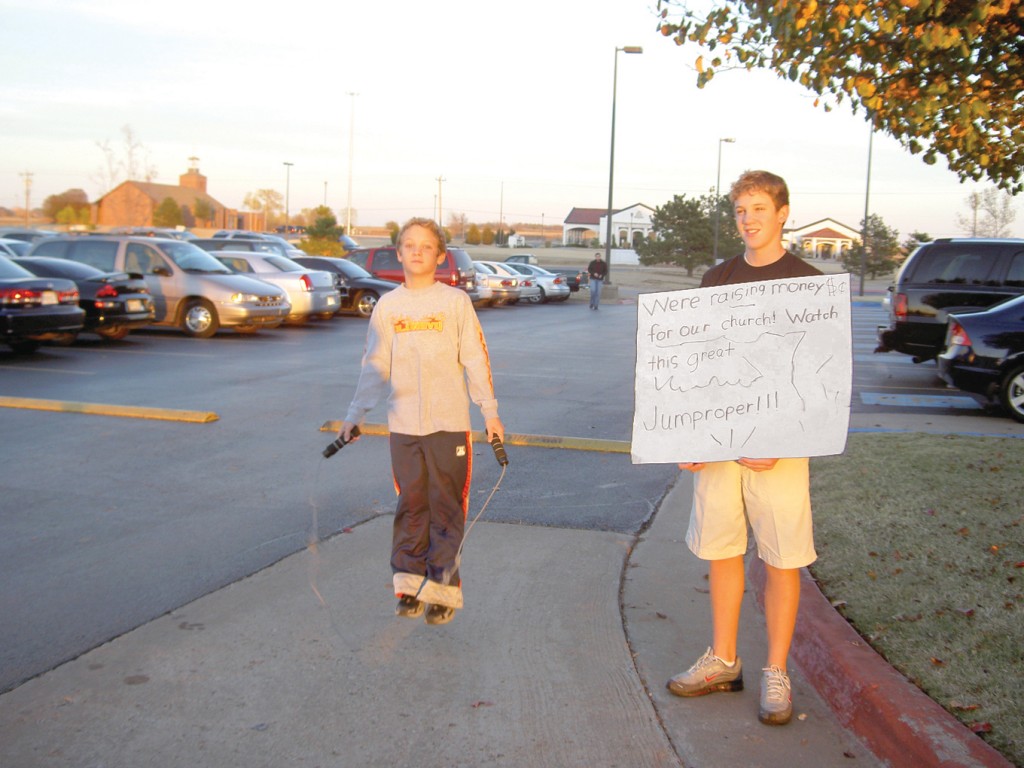 10-year-old Bradon Davis’ heart was pricked when his pastor preached about giving to the church’s building fund.

Yet, he didn’t have a job, didn’t even get an allowance, so how could he participate in the “Work of Heart” Campaign at Oklahoma City, Quail Springs, where his father, Randy, is singles minister?

Braden had sat through several weeks of preaching on giving and how it isn’t about the money, but being obedient to God and having a giving heart from his pastor Hance Dilbeck.

The north Oklahoma City church is in the process of a $5 million building project which will include a new youth facility, makeovers of the preschool and administrative wings, remodeling and construction of additional adult space, widening of all “arteries in the building, new kitchen/fellowship hall, expanded worship center and a chapel.

Braden’s Sunday School teacher also talked about how the children would make containers for their offerings and present them to the church.

Still, Braden had no money, so he went to his dad, who agreed to give him his pocket change every night when he came home. And he was told there were a few chores he could do around the house to earn additional funds.

But this wasn’t enough for Braden. He asked his mother, Amy, what else he could do to earn money for the church.

“Well, what are you good at?” his mother asked.

“I can jump rope pretty well,” replied Braden, who was on a jump rope team at the school he attended in Alabama before the family moved to Oklahoma City just over a year ago.

So unbeknownst to his parents, Braden got out his markers and a poster board and made a sign that said: “Help me raise money for my church. Come watch this awesome jump roper.” He then talked his brother into holding the sign and went to the corner of his street, which is a busy thoroughfare.

Crowds began to gather, and at one point, at least six cars were lined up to watch Braden jump rope.

A couple of people stopped to talk to Braden to find our more about what he was trying to raise money for.

One lady asked him if he’d thought about having a bake sale.

When Braden returned to his house, he had $21. 83 to give to his church’s building fund.

“When he came in with that money, we had no idea where he got it,” said Amy. “We heard him going in and out of the house, but we thought he was just outside playing.”

A little ingenuity by a 10-year-old should give incentive to those who say “I don’t have any money to give.”