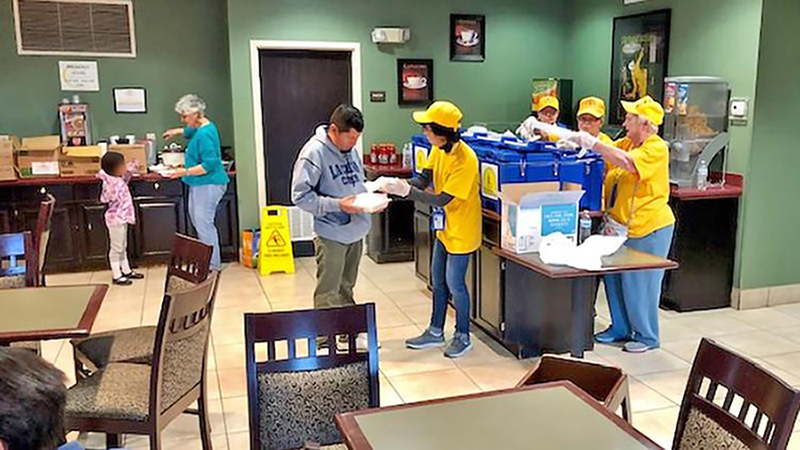 ALBUQUERQUE, N.M. (BP) — At the request of municipal and federal agencies, faith-based organizations in Albuquerque, N.M., including the Baptist Convention of New Mexico, are helping to house and feed more than 400 asylum-seeking migrants from South and Central America.

“This is a different kind of response for us,” said Ira Shelton, director of New Mexico Baptist Disaster Relief (NMBDR). Jesus’ teaching on helping “the least of these” Matthew 25:31-46 “says to me, we need to be helping these people. They’re hungry and they’re confused. If we can bring hope, help and healing, then that’s what we need to do.” 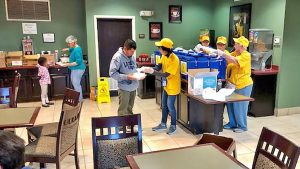 Over the past several weeks, hundreds of asylum-seeking migrants have entered the United States along the El Paso, Texas, sector of the country’s border with Mexico. In addition to El Paso, the sector includes New Mexico’s entire southern border. The Albuquerque Journal reported March 22, that “most &#91;migrants&#93; crossed illegally.”

As of March 27, U.S. Customs and Border Protection had more than 12,000 migrants in custody.

Because of the large number of people crossing the border in El Paso, Annunciation House, a Catholic ministry that serves migrant and homeless communities in the border city, quickly reached capacity. As a result, many migrants have been transported by Immigration and Customs Enforcement to Albuquerque, where city leaders are working with several nonprofit organizations — including NMBDR — to meet migrants’ day-to-day needs.

From March 14-19, 12 NMBDR volunteers, including Greene and Shelton, prepared hot meals and non-perishable lunches for several of the migrants who are staying in Albuquerque-area motels as they await further processing.

NMBDR volunteers also prepared nonperishable sack lunches to be handed out to migrants who were traveling from Albuquerque to other parts of the U.S., where they have immigration sponsors, said Cricket Pairett, ministry assistant for the BCNM’s Missions Mobilization Team. Food in the sack lunches, she said, had to be able to withstand several days of travel and varied temperatures.

As of March 26, the BCNM team had prepared approximately 320 meals in all and logged 193 volunteer hours.

Sandia Baptist Church in Albuquerque, which has a commercial grade kitchen, allowed NMBDR to use its space to prepare meals. Garland Peek, Sandia’s minister to adults, helped to coordinate the operation on behalf of the church.

At least one disaster relief volunteer declined to participate in the ministry to asylum-seeking migrants, citing political differences, Shelton said.

It is unclear how long the migrants will be in Albuquerque or whether more will arrive in the coming weeks. Ebner, of the city’s Emergency Management Office, said “there may be an ebb and flow to this, so I think this will continue into the future. But I believe there will be a decrease at some point … We need to be as ready as possible and then be as flexible as possible.”

The city of Albuquerque, Ebner said, has not paid for any costs associated with the humanitarian response.

Ebner commended faith-based groups and volunteer medical personnel for meeting migrants’ needs. He said of NMBDR, “The Baptists have done a tremendous work here. Every organization appreciates the work they have done.”

View all posts by Joy Pittman

View all posts by Daniel Porter