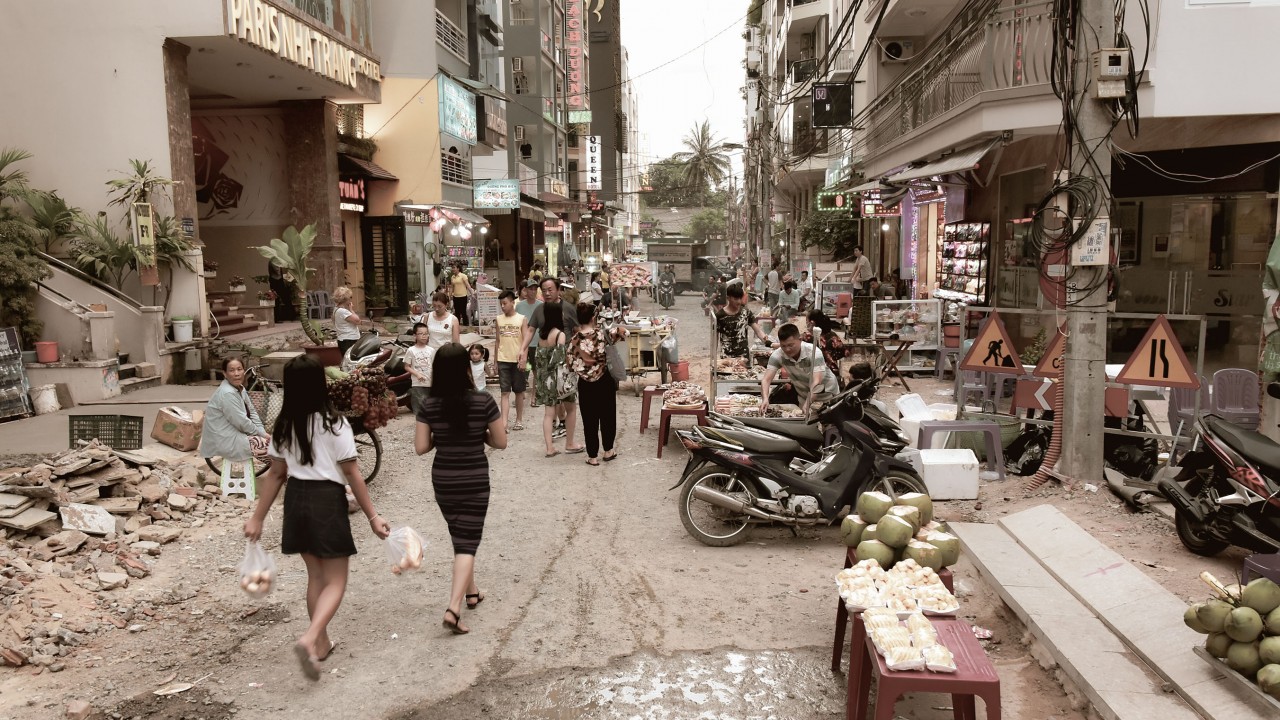 If Jesus stood above our city, as he once stood above Jerusalem, he likely would observe the crowds from the perch of the pedestrian overpass stretching toward the Golden Horde bazaar. He would see the one-legged beggar asking for money at the traffic light and the young prostitute going to work in a side building. He would notice the wrinkled woman sitting on a plastic crate beside a cut-up pumpkin she is selling in hopes of buying a little bit of meat for dinner. 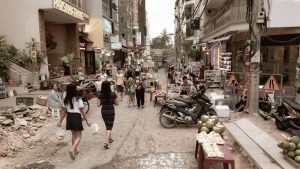 I imagine Jesus would let himself be carried along in the throng of shoppers down the steps into the muddy, spit-strewn alleyway between stalls. He would see the young, bearded man reading his Islamic prayer book while potential customers pass by. He might linger over the round flatbread, imprinted with stars and circles, fresh from the clay ovens. He would shake hands with the old men sitting in front of the cafe.

“Jesus knew in his pierced and torn flesh the cost of my sin and theirs. And he chose to love us.”

Jesus would recognize both the strands of beauty and the private pain tangled in this small knot of humanity.

He would see the young mom who had to leave her toddlers at home by themselves so she could work to put food on their table. He would want to comfort the widow who is trying to sell a pair of hand-knitted socks, an old plate, and her deceased husband’s used shoes. He would reach out and heal the open wound of the man sprawled on the sidewalk.

His eyes wouldn’t pass over the gypsy standing with her baby, asking for a handout. He would see her. He would talk to her.

It would be like Jesus to weep over my city, just as he wept over Jerusalem. He would lament over the few who are seeking God but don’t know where to look beyond their own tradition. He would ache at the distance between their hearts and his.

He would long to gather up the women who still fry bread each week as an offering to their ancestors. He would rescue the men who are looking for solace in alcohol or a prostitute. He would call the little children to come to him, children who every day tiptoe through brokenness, hoping to not get cut.

Jesus would embrace those who cannot love themselves, much less their own families. He would weep over the stench of death that pervades this community.

The prophet Isaiah foretold that Jesus would himself be a person despised and rejected, “like one from whom people hide their faces” (Isa. 53:3 NIV). This man of sorrows, acquainted with grief, would choose to not just see and ache for the crowds, but to walk among them and to let them march him to the cross.

As Scripture says, “He was pierced for our transgressions, he was crushed for our iniquities; the punishment that brought us peace was on him, and by his wounds we are healed” (Isa. 53:5 NIV).

In that most inhumane death, Jesus bought life for us, conquering evil once and for all. He made it possible for God to gather us up and pull us close to him.

As I imagine how Jesus might respond to those in my city who don’t know him, I think of my new acquaintance Zhanna, who sells sewing supplies near the entrance of the bazaar. She doesn’t understand the truth of the gospel yet. I’ve been praying for her, but I need God to give me words. And courage.

I need him to give me the eyes of Jesus to see people’s pain, and the feet of Jesus, to walk through their muck. I need the heart of Jesus, who weeps over the lostness.

“My prayer this Easter is that God would give me a sense of urgency and empower me with his Spirit to speak fearlessly.”

Jesus feels the destructiveness of rebellion so much more deeply than I ever could. He knows the strength and length of sin that threads through generations, and he comprehends the layer upon layer of pain in my community.

He knew in his pierced and torn flesh the cost of my sin and theirs. And he chose to love us.

That love compels us to go and to share his message of reconciliation (2 Cor. 5:14)—the good news that God makes dead people come alive: the lonely, the beggars, the prostitutes, the despised, the ignored, the deceivers, and the deceived. It compels us to go to people like me.

So my prayer this Easter is that God would give me a sense of urgency and empower me with his Spirit to speak fearlessly. Echoing the apostle Paul, I ask that “words may be given me so that I will fearlessly make known the mystery of the gospel . . . that I may declare it fearlessly, as I should” (Eph. 6:19–20 NIV).

Wherever you are in the world, may you know, too, that Jesus looks on you with love, weeps for your sin, and offers you a way out of the valley of death. He walked through that valley for us. And his resurrection is our hope and our message for the Golden Horde bazaar and every other sin-broken place, from here to the ends of the earth.

Sarah Alexander and her family serve with IMB in Central Asia. She has been writing about the region since 1991.

View all posts by Sarah Alexander