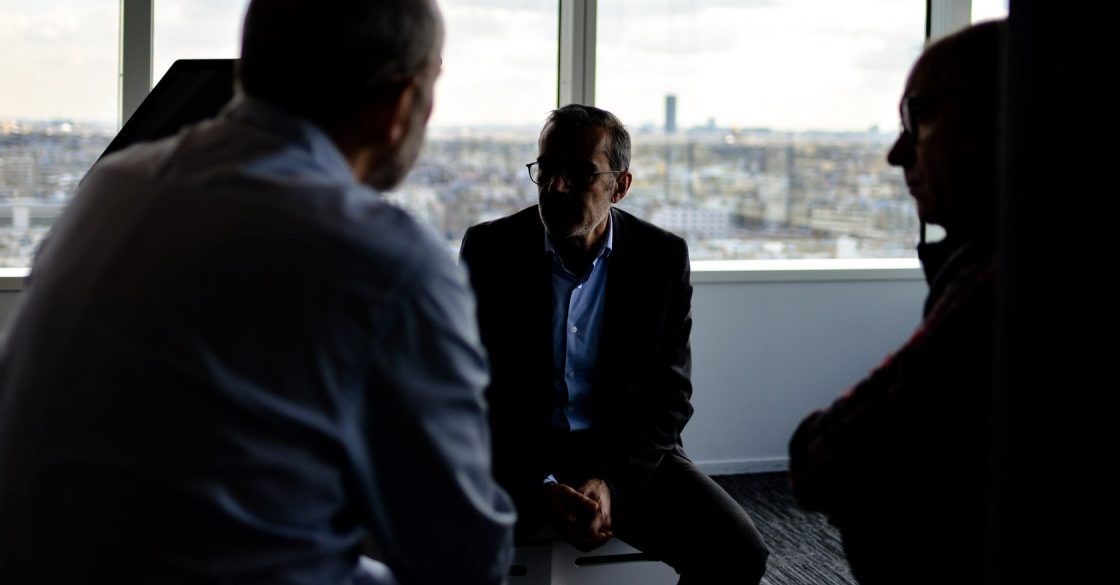 Conflict! Most of us do not like the word, and even fewer of us like experiencing it.  Given a choice, many people would rather walk away from conflict than engage another person or group. Conflict can happen almost anywhere—in our homes, our workplaces, our schools and everywhere we run into people with differing opinions, behaviors, values and worldviews.

The Bible has numerous examples of conflicts between people. Peter and Paul disagreed sharply over the issue of Gentile Christians and whether or not they should be made to observe Jewish rituals and practices. Paul and John Mark had a conflict and parted ways. King David experienced conflict within his family, which led to divisions and death. Conflict will happen, and it happens between believers. Conflict is inevitable, but it does not have to be unhealthy.

The Bible also has much to say about humility. “All of you clothe yourselves with humility toward one another, because God resists the proud but gives grace to the humble” (1 Pet. 5:5b). When he wrote to the church at Philippi, Paul encouraged his fellow Christians to “Do nothing out of selfish ambition or conceit, but in humility consider others as more important than yourselves” (Phil. 2:3). There are many other verses and passages that address the trait of humility in the life of God’s people. It is an essential quality that is especially needed during times of conflict with others.

When you are committed to act with humility toward another person, the conflict between you can be different—it can be healthy. The world has enough examples of toxic conflict—it does not need you and me adding to it. Because conflict is inevitable, should we not bring humility into the conflict so that it becomes healthy, not harmful? Humility is vitally important if conflict is to be considered healthy.

A spirit of humility

When I have a spirit of humility, I don’t view you as the enemy. As I write this, there is conflict between myself and a member of my church. My fleshly response was to win the battle. But I realized that I was not battling the person, but the powers of darkness at work in this man’s troubled spirit. This man is not my enemy, and when I approach the conflict with humility, I can see beyond my anger and frustration and see someone for whom Christ died. I become more redemptive, not combative.

When I have a spirit of humility, I seek first to understand the other person’s viewpoint. Conflict can quickly become unhealthy when I assume that I alone am right. My mind becomes closed to hearing your side of the story. No longer do I care about your point of view because I’ve convinced myself that I’m right and you’re wrong. A primary goal in healthy conflict is to place yourself in the other person’s shoes and be open to the possibility that perhaps, just maybe, you were wrong in your assumptions.

When I have a spirit of humility, I set an example for others. It is true that someone is always watching you. Your children watch you. Your spouse watches you. Friends, coworkers and your boss watch you. They listen, too. They hear your tales of relational conquests when conflict arises.

Yes, you can wax eloquently about how you beat the other person to the punch, countered their arguments and saved the day. But that may encourage the ones who watch you to be emboldened to do the same. If you approach conflict with a spirit of humility, you can set a different example—a godly example—for others to follow.

When I have a spirit of humility, I demonstrate my relationship with Jesus. Conflict is an opportunity for me to profess my connection to Christ.

“Adopt the same attitude as that of Christ Jesus, who, existing in the form of God, did not consider equality with God as something to be exploited. Instead he emptied himself by assuming the form of a servant, taking on the likeness of humanity. And when he had come as a man, he humbled himself by becoming obedient to the point of death—even to death on a cross” (Phil. 2:5-8).

View all posts by Ken Braddy