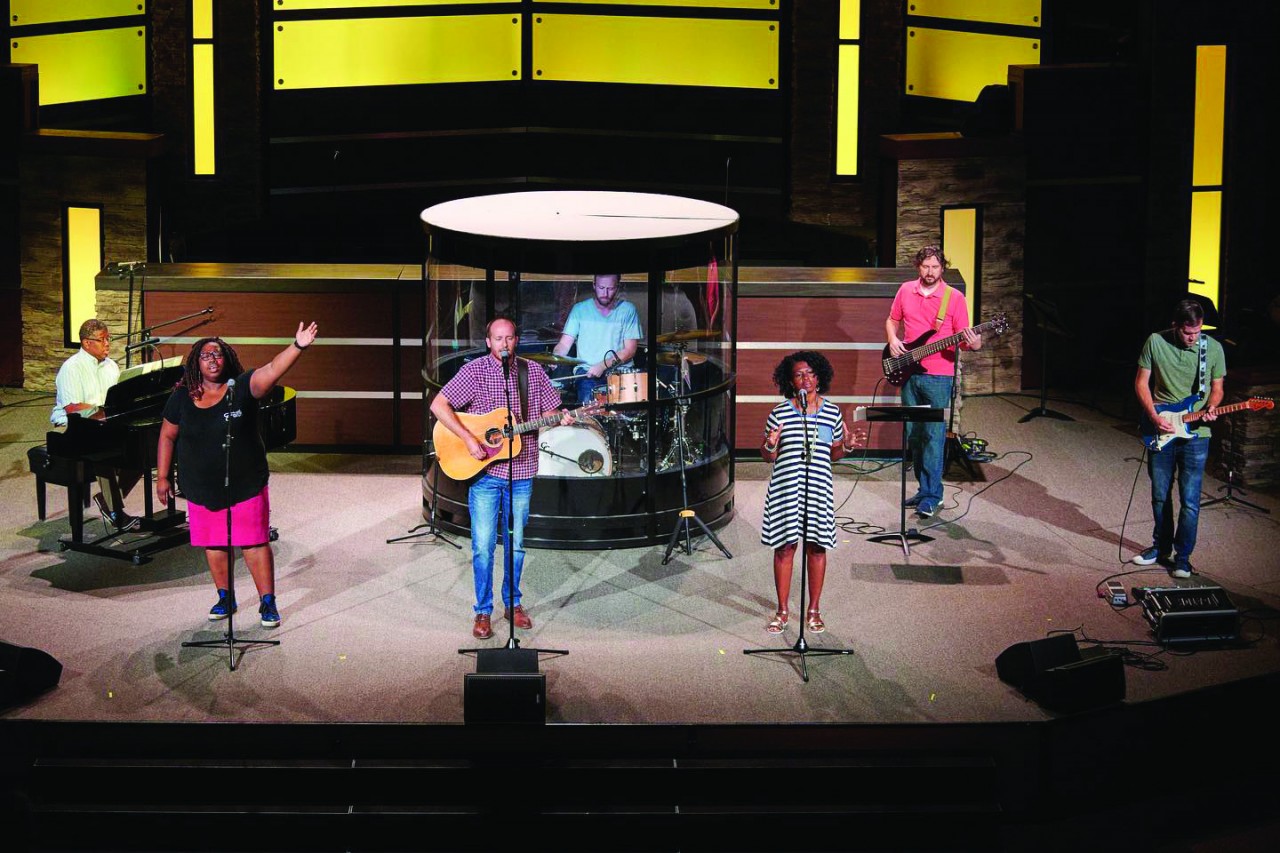 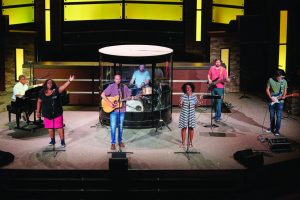 “We may not be able to solve all the racial problems in Oklahoma City, but we CAN make a difference,” declared Pastor Rodney Payne of Bethlehem Star, while speaking with Pastor Rick Thompson at Council Road during a recent Sunday morning service.

The two pastors have forged a friendship over the past few years and recently decided to take steps to get their two churches together in multiple worship experiences.

“Our hope is that through our planned events, our two congregations would form friendships that will bear fruit in understanding and trust that will help strengthen and unify our faith communities,” Thompson said. 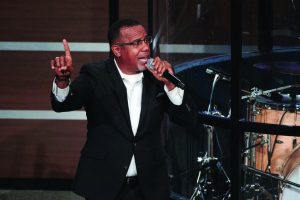 Pastor Rodney Payne speaks on Jer. 29:10-14 during a recent service at Council Road.

Payne preached at Council Road recently on Jer. 29:10-14, following Council Road’s current plan of reading through the Bible this year. In a timely message, Payne acknowledged the struggles the country is currently facing but reminded the congregation they can unlock the power of God through prayer.

“What is designed to destroy you can grow you if it is treated with respect,” Payne said. “God knows what He is doing before He even starts.”

Payne emphasized that suffering is seasonal, and that God has thoughts of peace toward His followers even in trials. “Don’t let your circumstances stifle your praise,” he said.

Thompson said he invited Payne to Council Road to be a part of a previous service.

“We asked him to participate in a joint teaching that we did on Proverbs 11, which says when the righteous prosper the city rejoices,” Thompson said. “I felt like that would be a good time to have Rodney come for an interview.” 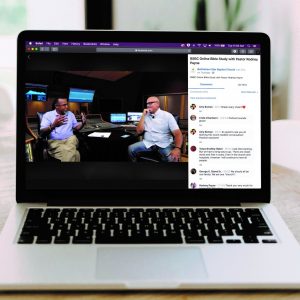 As Pastors Rodney Payne and Rick Thompson speak during a joint online service, members of both churches exchanged encouraging comments.

One unexpected result of the partnership developed because of the recent COVID-19 pandemic. Bethlehem Star has not done any in-person services since the outbreak started in March, and Council Road has had limited in-person involvement since starting to meet again at the church in May. This means both churches have a strong online presence.

The churches joined together for an online service with both worship teams combining to lead worship through music. “It turned out really great,” Thompson said. “Our people loved it.”

Since the service was online with both churches sharing a live feed, members of both churches were exchanging encouraging comments to each other.

“They started having conversations on the live feed,” Thompson said. “Young adult pastors started making plans on the live chat, and other young adults started chiming in. There was a serendipitous, unexpected development within that moment. We were not planning for that. It just happened.”

The two churches also have reserved an area in the Myriad Gardens in downtown Oklahoma City for a combined Christmas event Nov. 29 to kick off the Advent season.

Thompson attended a planning meeting of the Christmas event between the two churches.

“I was gratified by the instant friendship that was going on,” he said about the planning meeting. “There’s a lot of plans being made. It’s happening in large part because we are online communities now. If we had been in the physical space, like we were before, maybe not as many people would be engaged.”

Other churches across the state have been involved in pulpit swaps and joint gatherings with intentions of racial unity being the result. Thompson said he hopes more churches would consider doing what is happening between Council Road and Bethlehem Star.

“People are talking about it in the community,” Thompson said. “I’m hearing that a lot. It has been reported in the media pretty broadly. I know it’s having an impact in the community which is what we hoped would happen—that others would see churches and people who love Jesus. And because of their love for Christ, the barriers that maybe the world sets up between people groups will just fall apart.”

View all posts by Sarah Sutton