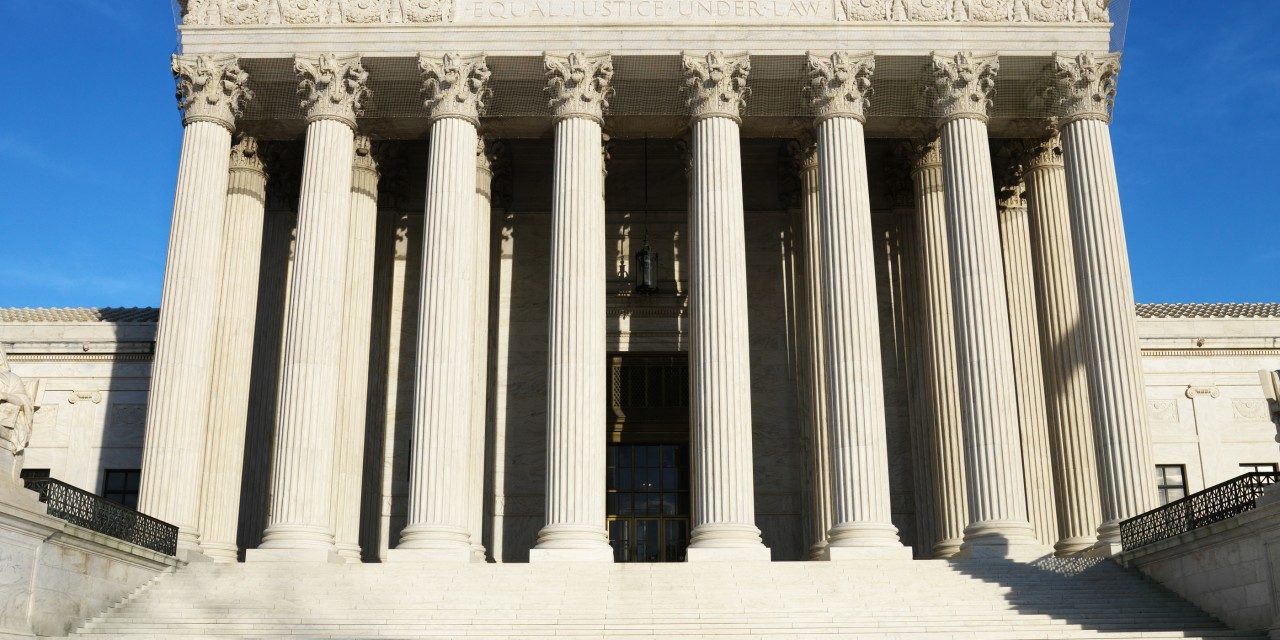 WASHINGTON (BP) – The U.S. Supreme Court solidified its view of religious freedom regarding public benefits by ruling Tuesday, June 21, a state violated the First Amendment by barring faith-based schools from participation in a tuition-assistance program.

In a 6-3 opinion, the high court decided Maine offended the First Amendment’s guarantee of the free exercise of religion by refusing to include in the state’s education-choice program schools that teach their religious beliefs. For more than four decades, Maine has excluded faith-based schools from a state system that assists families in the many small towns in the state that do not operate secondary public schools and the smaller number that have no elementary schools.

“Maine’s ‘nonsectarian’ requirement for its otherwise generally available tuition assistance payments violates the Free Exercise Clause of the First Amendment,” Chief Justice John Roberts wrote for the court in Carson v. Makin. “Regardless of how the benefit and restriction are described, the program operates to identify and exclude otherwise eligible schools on the basis of their religious exercise.”

The Southern Baptist Ethics & Religious Liberty Commission (ERLC) filed a friend-of-the-court brief in March 2021 that asked the Supreme Court to review a lower court’s decision in favor of the state. It submitted another brief in September of last year that urged the justices to support the parents challenging the religious rule in Maine’s program.

“Maine’s attempt to sidestep the Constitution was halted in its tracks today, and rightly so,” said Brent Leatherwood, the ERLC’s acting president, in a news release. “The justices’ decision here accurately comports with the fundamental nature of religious liberty in our nation.

“The Court rightly decided that parents who choose to participate in a program like the one in Maine cannot have their constitutional rights abridged merely because they choose to send their children to a religious school,” he said. “Similar attempts to curtail free expression have rightly been labeled ‘odious’ by the Court in previous decisions, and Maine’s program can now be added to that infamous list.”

In Maine’s system, districts without schools are required to pay tuition up to a legal limit at a public or private school elsewhere of the parents’ choosing. To qualify for the program, however, private schools must be “nonsectarian,” a category that disqualifies any religious school that promotes the faith with which it is identified.

“As parents, over the years my wife and I have chosen numerous educational options (including one of the religious schools at the center of this case) for our children based on what we felt was best at any given time of our lives as well as for their individual personal development,” Nerney said in written comments. “In the case at hand, given that the State of Maine’s funds are being given directly to the families, and not to the educational institutions, the Court’s ruling merely serves to support a parent’s right to make educational decisions in the best interest of their own children.”

The Supreme Court has “repeatedly held that a State violates the Free Exercise Clause when it excludes religious observers from otherwise available public benefits,” Roberts wrote in the decision that reversed a lower court’s opinion.

“The State pays tuition for certain students at private schools—so long as the schools are not religious,” he wrote. “That is discrimination against religion.”

The court’s opinion relied heavily on two recent decisions, Trinity Lutheran Church of Columbia, Mo., v. Comer in 2017 and Espinoza v. Montana Department of Revenue in 2019. In the cases, the justices invalidated state programs that excluded a church and certain schools because of their “religious character.”

“The ‘unremarkable’ principles applied in Trinity Lutheran and Espinoza suffice to resolve this case,” Roberts wrote. “While the wording of the Montana and Maine provisions is different, their effect is the same: to ‘disqualify some private schools’ from funding ‘solely because they are religious.’”

Maine’s exclusion of religious schools from its program “promotes stricter separation of church and state than the Federal Constitution requires,” he wrote. “As we held in Espinoza, a ‘State need not subsidize private education. But once a State decides to do so, it cannot disqualify some private schools simply because they are religious.’”

In his dissent, Breyer denied the Trinity Lutheran and Espinoza opinions resolve the Maine case.

Maine “excludes schools from its tuition program not because of the schools’ religious character but because the schools will use the funds to teach and promote religious ideals… (U)nlike the circumstances present in Trinity Lutheran and Espinoza, it is religious activity, not religious labels, that lies at the heart of this case,” Breyer wrote.

He wrote, “Any attempt to give effect to such a distinction by scrutinizing whether and how a religious school pursues its educational mission would also raise serious concerns about state entanglement with religion and denominational favoritism. (T)he prohibition on status-based discrimination under the Free Exercise Clause is not a permission to engage in use-based discrimination.”

Southern Baptists Michael and Jonathan Whitehead, a father-son lawyer team who practice in the Kansas City, Mo., area, represented the Maine parents along with lawyers from the Institute for Justice and First Liberty Institute. They also helped represent Trinity Lutheran Church in its suit.

Jonathan Whitehead, who is an ERLC trustee, described the decision as “a breakthrough precedent for equal access for parental choice in education, and we hope it will benefit parents across the nation with other programs for school choice.”

“Today, the Supreme Court made clear that equal access means states can’t discriminate against religious status or use,” he said in a news release. “Free exercise means both religious beliefs and religious actions must be protected.”

In a written statement, Kelly Shackelford, president of First Liberty Institute, called it “a great day for religious liberty in America. We are thrilled that the Court affirmed once again that religious discrimination will not be tolerated in this country.”

Meanwhile, strict church-state separationist leader Rachel Laser charged the Supreme Court “is forcing taxpayers to fund religious education.” The president of Americans United for Separation of Church and State said in a news release, “Far from honoring religious freedom, this decision tramples the religious freedom of everyone.”

The First Circuit Court of Appeals in Boston upheld the constitutionality of the Maine program’s exclusion of faith-based schools. The U.S. Department of Justice (DOJ) joined the state in defending the program before the high court in oral arguments in December 2021. In doing so, the DOJ reversed the position held by the Trump administration, which supported the parents who brought a lawsuit.

Maine’s tuition-assistance program included faith-based schools until a 1980 interpretation by the state’s attorney general resulted in a change.