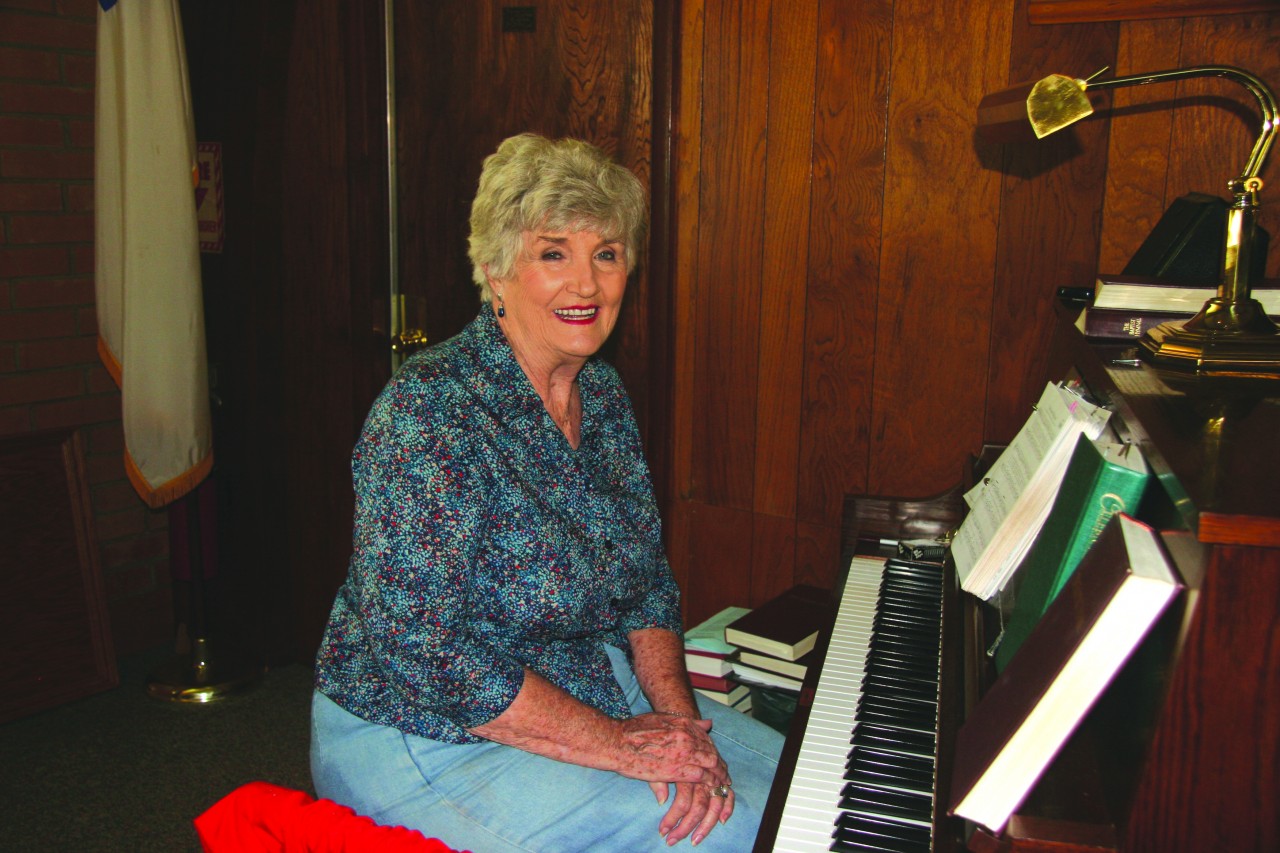 BURNS FLAT—WANTED: Missionary. Must be friendly with outgoing personality. Must love people, know the Bible and yearn to share the love of Jesus with others, praying for them and inviting them to church. Apply at Walmart.

While it is unlikely that Walmart or any retailer would pay for an ad like this. If they did, Hazel Fleming would fit the bill perfectly.

A member of Burns Flat, First for nearly 30 years, Fleming spends a part of most days at the Walmart in Elk City, just a few miles down the road from her home church.

“Because she’s done such a great job witnessing to folks there, we’re going to commission her as our ‘Walmart missionary,’” said Carl Thionnet, interim pastor. 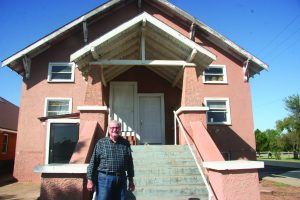 Carl Thionnet, director of missions for Concor-Kiowa Association, and interim pastor at Burns Flat, First, stands in front of the church building where he was baptized as an 8-year-old. The original structure was maintained as the church built on to it with a new worship center and educational space

Thionnet, director of missions for Concord-Kiowa Association, has been interim pastor at Burns Flat, First since the first Sunday

in July. During that time, Sunday School attendance has grown from about 30 to more than 70, and the church has baptized nine people, with Sept. 11 designated as “Baptism Day.”

One of those baptized was a lady Fleming met at Walmart and invited to have coffee. Fleming asked her several questions, including if she liked Sunday School and if she was saved. Her answer to the latter question was “I try to be.”

Fleming encouraged the woman, who was a Jehovah’s Witness, to attend Sunday School, which she did for a few weeks before coming to a Wednesday night service. After that service, Thionnet talked with her, and she accepted Jesus as her Savior.

Some of the others baptized were preteen prospects who had made professions of faith at camp and Vacation Bible School, but who had never had any follow-up.

“Our members started making follow-up visits and found several who wanted to be baptized,” said Thionnet. He said the mother of one of the boys who was baptized had just died, and he was crushed because she wouldn’t be able to see him baptized. “Church members stepped in and helped the family anyway we could, and since they didn’t have any place to hold the funeral, we had the services here at the church.”

Fleming, who is the church’s pianist, said she started going to Walmart after her husband died, because “that’s where the people are.”

“I would go drink coffee there and get involved with people,” she explained. “Everyone has a story, and God showed me how to pray for people in the check-out line. Everybody needs encouragement and a smile.” Fleming said she is especially drawn to women with broken hearts, those who have known tragedy.  One of the people she has been ministering to is a woman who works in the meat department and has cancer. Her grandson was recently baptized in the church as a result of Fleming’s witness.

Occasionally the tables are turned on Fleming, and she is the one ministered to. She was recently on crutches, and a man in the congregation noticed her using her crutches to get to the piano.

“Someone began taking out my trash, and I thought it was our pastor at the time,” Fleming recalled. “Then one day, while I was in line at Walmart, this man said to me, “I’m your mystery man.”

“That turned heads in this small town,” laughed Fleming. “I didn’t know the man, but later learned he attended our church. He is a one-armed, born-again Catholic, and was helping me because I was on crutches.”

Thionnet said since he has been interim, the church has been through the Connect>1 Evangelism Campaign’s 3151 Challenge, and he preaches a lot about reaching people. Thionnet has a special place in his heart for the Burns Flat church because that is where he was saved as an 8-year-old boy. He grew up in Burns Flat and attended school there.

“There are enough people in Burns Flat to make a difference,” he said. “The success we’ve had over the last few months is because everybody is working together.”

He said they are in the talking stages of starting a new Sunday School class for young adults, as a result of four young couples who have started attending.

“I’m having fun, and it’s exciting to see people taking hold of what we are trying to do,” Thionnet said.

Fleming gives credit to Thionnet for encouraging members to be involved with people.

“He might be out driving around and stop and talk to someone and pray with them,” she noted. “Brother Carl is approachable. He listens to people, and they are comfortable with him.”

The two seem to have a mutual admiration for each other.

“Much of what has happened over the last few months is because God has gifted Hazel with a desire to talk to people and tell them about Jesus,” Thionnet said.