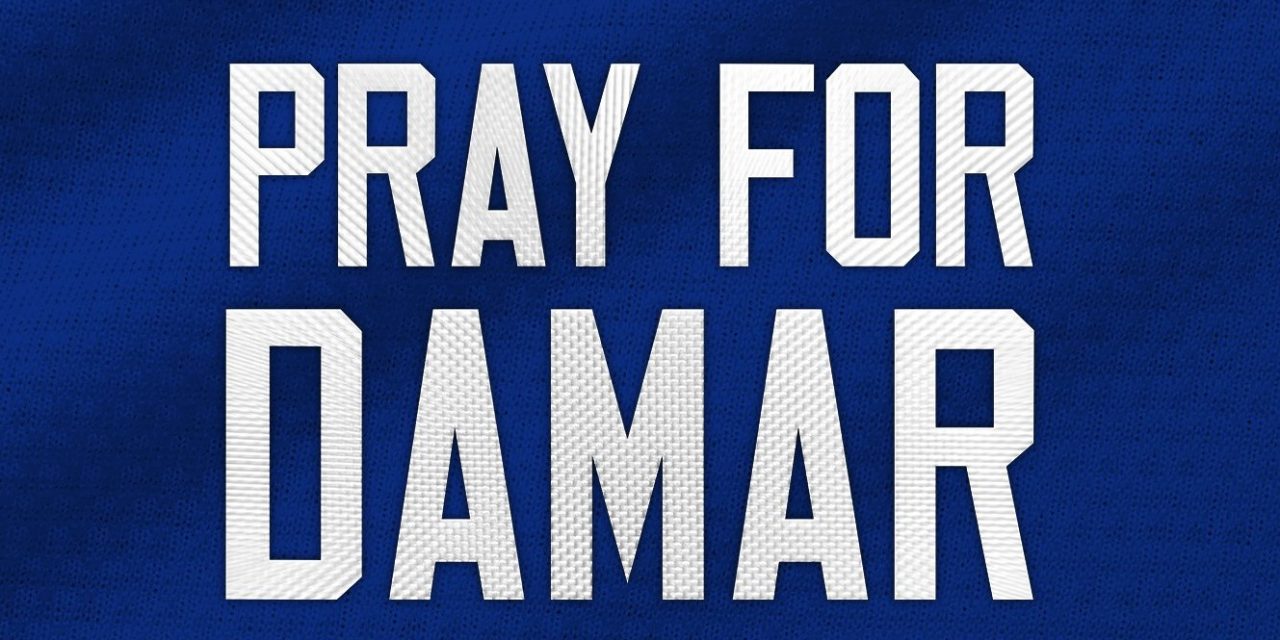 On Monday, Jan. 2, 2023, the Monday Night Football game in Cincinnati became about so much more than sports. Early in the first quarter, Damar Hamlin—safety for the Buffalo Bills—went into cardiac arrest on the field. It took medical crews several minutes to get his heart beating again so that he could be transported to a local hospital. 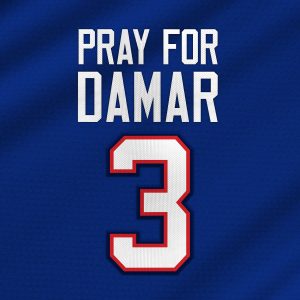 At the time of this writing, Hamlin remains in critical condition. I join my prayers with those of countless others for him, his family and his medical team.

The shock and gravity of the situation forced a shift in priorities for everyone involved, and rightfully so. Booger McFarland, former NFL player and current analyst for ESPN, summed up the prevailing sentiment when he said during their live broadcast, “Nobody’s concerned about football anymore tonight… The only thing we’re concerned about is that young man, his family, what’s going on with him, making sure he’s ok.”

As soon as that horrific event took place, all the rules changed. Team rivalries went out the window as players and fans alike gathered together to pray for this young man. By Tuesday, in a show of solidarity with him, every team in the league had changed its Twitter profile picture to a call for prayer paired with Hamlin’s jersey. Men and women from all walks of life and all across the country began crying out to God, asking Him to intervene.

This harrowing situation highlighted a few things we would all do well to consider.

First, football is not the most important thing. I absolutely love the game, but it’s just that—a game. Our culture tends to elevate sports to unhealthy levels, and I include myself in that. Monday night proved that there are far greater priorities in life while also reminding us of the humanity of these players. They are not gods to be idolized or pawns to be used for our pleasure or gain. They are men who have been created in the image of Almighty God—men who are husbands, fathers, brothers, sons, uncles and friends.

Second, it exposed our complete dependence on and awareness of God. Pastor Erik Reed tweeted, “Tonight is (a) poignant reminder: all men are spiritually inclined. Most may not talk about God, but the moment devastation comes, the human instinct within man knows to cry out to its Maker.”

Third, tomorrow is not guaranteed. While we pray that Hamlin will experience a full recovery, we also recognize that the future is fragile. We each likely know someone whose future was shattered in one unexpected moment. We need to focus on things of eternal value.

Fourth, as followers of Christ, we have an opportunity right now to be the hands and feet of Jesus to those who are hurting and trying to wrap their minds around what happened, many of them having watched it all with their own eyes.

We can remind people that, in this time of uncertainty, hope prevails—hope that extends far beyond any football field. Yes, we certainly hope that Hamlin will overcome this and make a full recovery, but our hope exceeds even that precious gift.

There is hope in the fact that so many people who would typically be throwing punches in the parking lot rallied together in unity, that a simple football game brought people together for something greater.

There is hope in the response we saw. For many, their first reaction was prayer—even among nonbelievers. God is still very much alive and active. Our society still holds a great awareness of His power and presence.

The ultimate source of our hope is Christ. His sinless life, sacrificial death and victorious resurrection paid the debt for sin and paved the way for all who would believe in Him to have a restored relationship with God.

Through Christ, we have access to make our requests known to God. Through Christ, believers have hope because we know that ultimate victory awaits us no matter what happens here on earth.

Christians, do not exploit this moment, but don’t waste it either. Be there to help your friends process what happened and point them to our sovereign, loving Savior who “comforts us in all our affliction, so that we may be able to comfort those who are in any affliction, with the comfort with which we ourselves are comforted by God” (2 Cor. 1:4).

While we pray and hope for Hamlin, we pray to and hope in Christ.