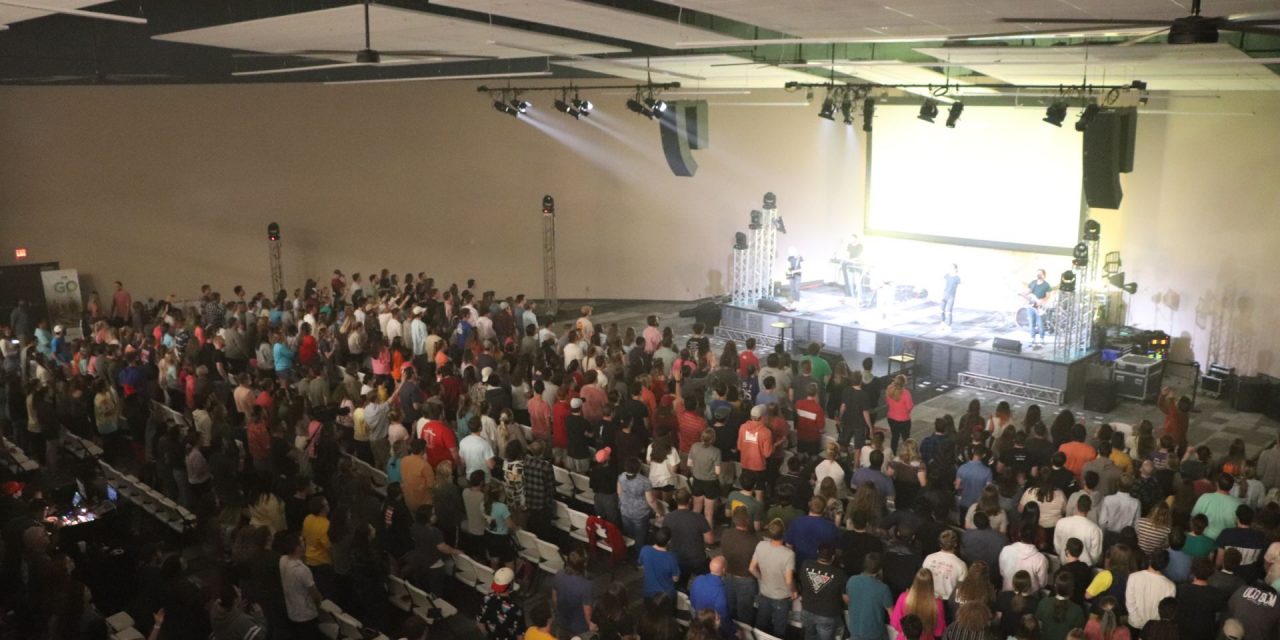 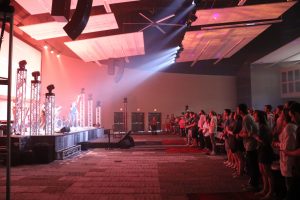 College students fill the Mathena Event Center at Falls Creek for a time of worship.

Chad Coleman, associate BCM state director for Oklahoma Baptists, said the jump in attendance was evidence of how well the event met the needs of the students.

“I think we saw such a great jump in attendance because students haven’t been able to gather like this in over a year,” Coleman said. “They were hungry to be together with friends from across Oklahoma. For many this was the largest gathering they have been a part of in over a year.” 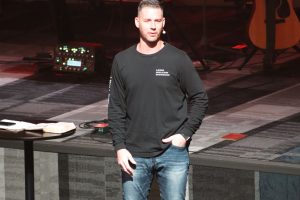 Shane Pruitt preached from Acts 5:27-42, reminding retreat attendees that a movement of God is about being obedient to God.

“This generation (of young people) isn’t the future of the church,” Pruitt told attendees. “They ARE the church right now.”

“Preaching from Acts 5:27-42, Shane reminded us that a movement of God is about being obedient to God,” Coleman said. “This is a generation that is craving to be missionaries to their generation.” 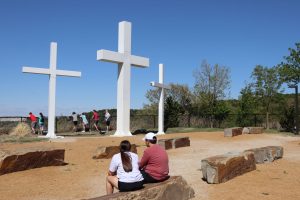 The prayer garden was a popular place during the Spring Retreat.

“Our worship music leaders were a band called Rivers,” Coleman explained. “They are extremely talented musicians who are gifted and anointed to lead people in unified worship. They didn’t make it about their performance, but about leading people to worship God together in a powerful way. That’s not always the case with bands.”

Coleman attributed the retreat’s success to leaders praying and putting in the time and effort.

“I loved seeing several students respond to the Gospel in all of our larger group worship times,” he said. “During our Saturday evening worship, we saw around 25 students give their lives to Christ.” 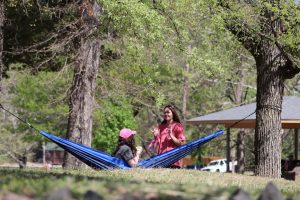 ‘Hammocking’ was observed during the Spring Retreat.

“We had a fantastic weekend at Spring Retreat,” said Carissa Jones, Oklahoma Baptists college ministry assistant, who helped coordinate the statewide retreat.” Listening to nearly 800 young adults worshiping the Lord together was incredible. Shane Pruitt’s challenge for believers to give God their ‘Yes’ and engage others with the Gospel was timely and memorable.”

The retreat also offered breakouts on topics that were tailor-made to the needs of the students. Ruth Nichols, a high school senior who will be attending Southwestern Oklahoma State (SWOSU) in the fall, has already begun participating with the SWOSU BCM.

“My favorite part has been the breakouts,” Nichols said. “I went to the ‘Anxiety and Depression’ breakout, and that one really spoke to me because I struggle with anxiety and depression, so I loved that whole breakout.”

Nike Madison, from Oklahoma Christian University, enjoyed recreational activities like hiking, the zip line and the popular trend among students of “hammocking.”

Aubrey McDonald, a sophomore at the University of Central Oklahoma said, “The BCM retreat this year has shown me growth. Not only in myself, but also with my BCM relationships, the people who are in my life, who are pouring into me. This meant so much to me, and I have been able to see more of what the Lord is doing in my life.”