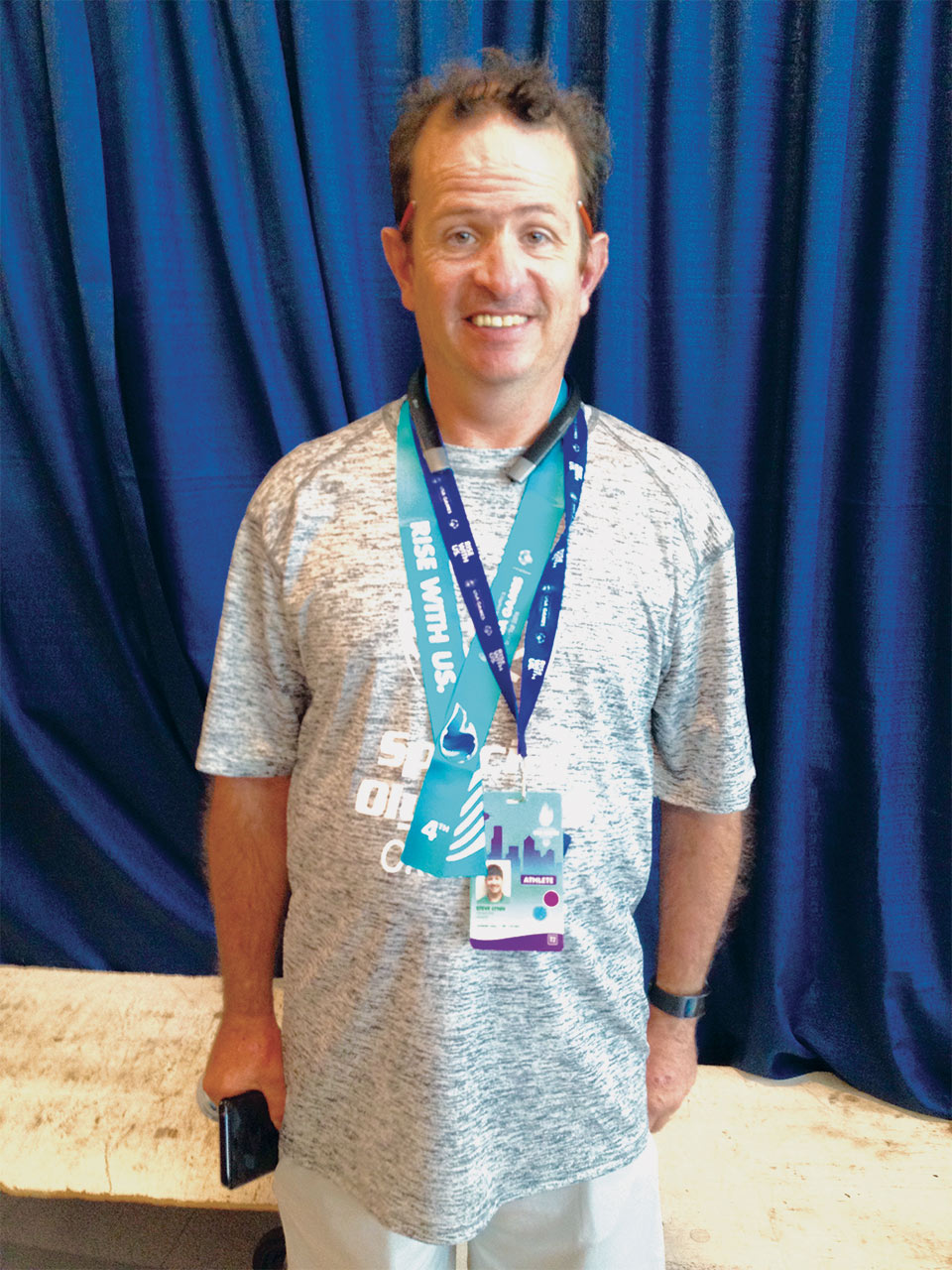 Compare that achievement with an athlete residing in Oklahoma City who has garnered hundreds of ribbons and medals, not only in swimming, but also in weight lifting, gymnastics, track, cross country and downhill skiing and snowboarding, as well as in the team sports of softball, basketball, volleyball, soccer and hockey.

Steve Lynn, 44, has been participating in Special Olympics since the age of 8. He recently returned from the USA Games in Seattle, Wash., where he was a member of Oklahoma’s swimming team. Even with an injured shoulder (he will have rotator cuff surgery in August) and being one of the oldest in his field, he took home a fourth-place ribbon in freestyle and an eighth-place in the backstroke. He also led Oklahoma’s relay team to a silver medal, which was later revoked because one of the swimmers used a wrong stroke and was disqualified.

Lynn was among 3,500 athletes from across the United States who competed in 14 team and individual sports as Special Olympics USA Games celebrated its 50th anniversary, July 1-6. Among the 3,500 were 24 Special Olympics athletes, 12 unified partners and eight coaches from Oklahoma. 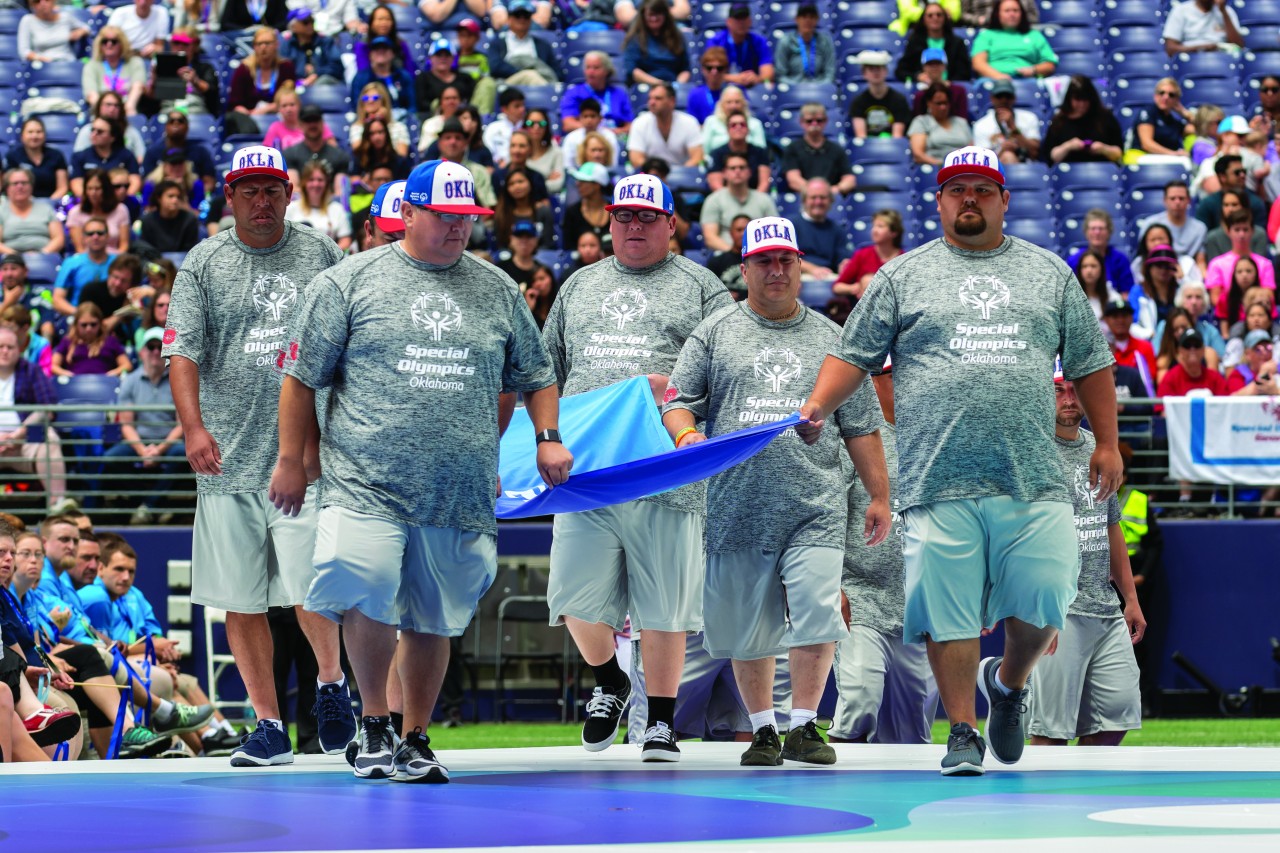 Special Olympics, which provides year-round sports training and athletic competition in a variety of Olympic-type sports for children and adults with intellectual disabilities, was founded by Eunice Kennedy Shriver, sister of President John F. Kennedy, in 1968. There are programs in all 50 states and more than 4.4 million athletes in 226 Accredited Special Olympics Programs across more than 170 countries worldwide, with seven regional offices located in Africa, Asia Pacific, East Asia, Europe-Eurasia, Latin America, Middle East-North Africa and North America.

Lynn’s mother, Joanne, said she became concerned about her son when he was 3 and still not talking. But, she added proudly, he was the only one in his kindergarten class who could tie his shoes.

“His physical development was great,” she said, “but intellectually he was a little slow.” He was put into speech therapy and has developed remarkably well, she explained.

He was able to attend special education classes, graduated from high school and received his driver’s license on the first try. He does not read, but has word recognition, and because of that, she said, he is a little embarrassed sometimes conversationally because he doesn’t have an extensive vocabulary.

Joanne said Steve’s father, Jack, played softball, and Steve accompanied him to games every Friday night when the family lived in Michigan, where Steve and his older sister, Cindy, were adopted by the Lynns. He began hockey lessons when he was 3.

“Steve loved any game that involved a ball, and he loved to run and was fast,” Joanne disclosed. “He had the nickname of ‘Rabbit.’”

Steve lettered every year in high school in Special Olympics. In addition to state and USA Games, he participated in World Games in Boise, Idaho and Pyeongchang, South Korea, where he won the Gold Medal in Alpine Skiing (Alpine Advance Slalom) in 2013.

The Lynns moved to Oklahoma City in 2003 to be closer to their daughter after Jack Lynn was diagnosed with cancer. He died later that year. Steve, who has been working since he was a teenager, began working at Target, where he was employed while living in Michigan. He recently celebrated 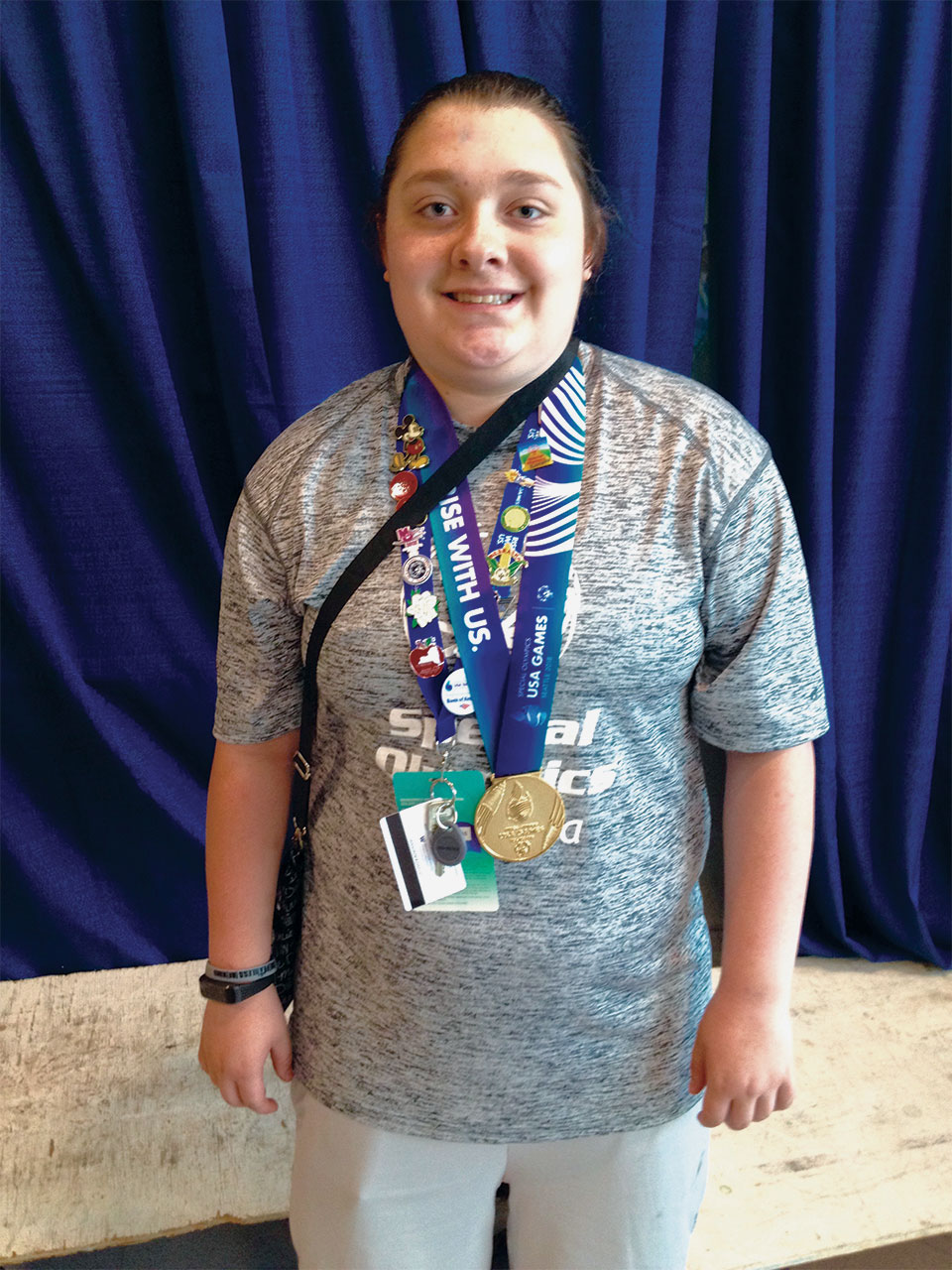 25 years with the store.

Steve has a girlfriend, Amy Wollmershauser, whom he met through Special Olympics. Amy was one of the participants carrying the Olympic torch into Husky Stadium, where the Opening Ceremony was held.

Steve and Joanne are members of Oklahoma City, Quail Springs. Joanne said Steve was 7 when he told her he wanted to ask Jesus into his heart.

“Sometimes he amazes me,” she revealed. “I heard him talking on the phone to a friend whose father had just died. He told her she had to step up and take care of her mother, that God would help her through all this and that she had to pray and had to be strong.

“Here is someone who has a hard time conversationally, and he was talking to her the way a minister would talk to someone. That’s the kind of person he is.”