JENKS—After a morning that seemed normal or like any other, on Dec. 29, 2017, Jenks, First Youth Pastor Drew Wright’s life changed forever. His wife, Shannon, was eight months pregnant with their son, Asa. She went to spend time with her mom and unexpectedly became unconscious. The day took a turn for the worse. 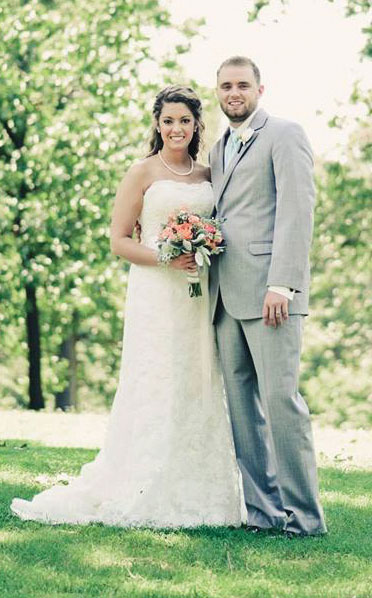 Drew and his wife, Shannon, on their wedding day in 2013.

Shannon was rushed to the hospital where doctors delivered Asa by an emergency caesarean section procedure. As Drew was rushed upstairs to the Neonatal Intensive Care Unit (NICU) to be with Asa, he was told he needed to go back downstairs to be with his wife.

“Walking back down with the nurse was probably one of the hardest, most pain-filled times I’ve ever walked through in my life,” Wright said. Shannon had died.

Wright spent the next five days in the NICU with his son, Asa. The outcome for Asa wasn’t good, considering the trauma he had experienced due to lack of oxygen, among other things.

On Jan. 3, Asa joined his mom. “We got to spend five days with him, but his eternal purpose was to be with his mom.

“After walking down that road, my prayer has been that ‘God, if I have to walk this road, it’s that nobody else ever has to walk down this road,’ and go through what I’m doing right now, living the story I’m living,” said Wright.

At this difficult time in his life, Wright explained that while God has not provided him with a reason or a “why this had to happen,” He has been there every step of the way.

“He’s given moments of hope and moments of joy that aren’t circumstantial because He is joy and He is love. He defines what is good in this world. So I just cling to those truths.”

Wright explained how, through this process, the Holy Spirit has used him in ways that he says he didn’t ask for and surely would not have planned on his own. 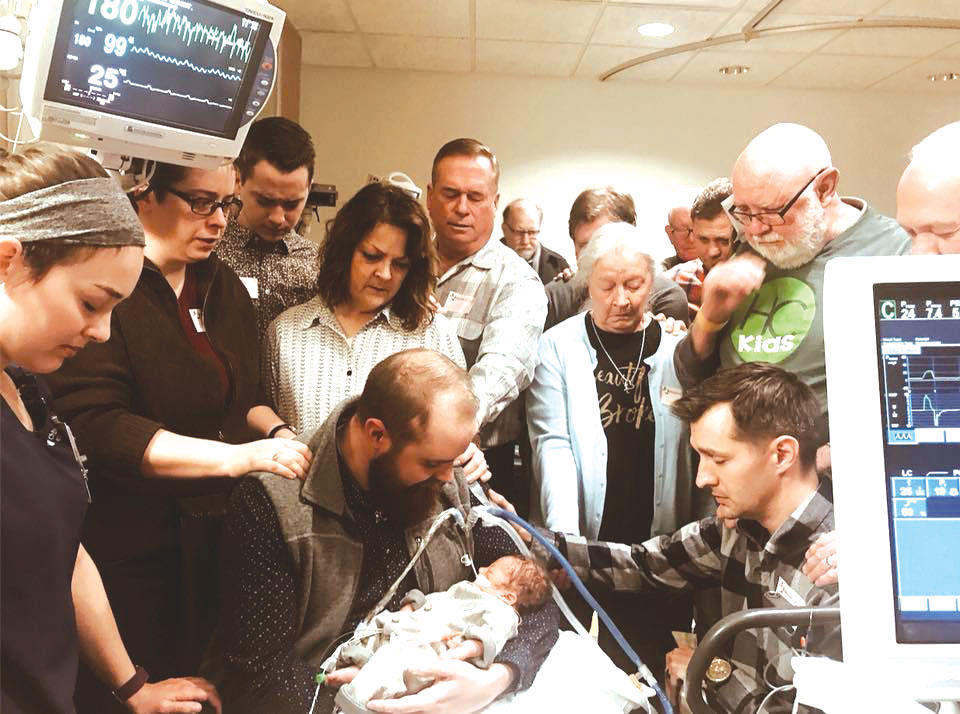 Wright, center, holds Asa as family, staff from Jenks, First and friends surround them in prayer during Asa’s stay in the Neonatal Intensive Care Unit.

One of those ways is by reaching out to other families that were in the NICU at the same time as Asa. Wright explained that, while he offered to pray over families and their own situations, it was God who continued to move in him and silence the voice in his head saying “Nobody expects you to do this.”

As the story of Shannon and Asa spread across the internet, believers and non-believers across the country and world reached out to Wright in support.

“The impact of this has been something that I’ve never wanted, because more than anything I want my family, but God has an eternal purpose in all of this. He’s doing something bigger than my life would have orchestrated or done on its own. His thoughts are above our thoughts, His ways are above our ways,” Wright said.

Wright’s own view of eternity and the Kingdom of Heaven has even changed. He said, “Knowing that my wife is not only in heaven but she’s getting to be a mom in the most perfect place that she could be a mom—that God in His sovereignty knew that I needed that time with my boy, but that ultimately He was going to take Asa to be with His mom—that’s a unique perspective of eternity that most people don’t understand.”

Through the loss of his wife and son, Wright mentioned how important the reaction of his church family at Jenks, First has been. “All of these things they preach in every ministry in our church, as someone on staff you think ‘They’re making a difference,’ and with me walking through this, I’ve watched, and I’ve felt them make a difference,” Wright said.

The story of Shannon and Asa is one that Wright hopes will further the Kingdom’s reach here on earth. “I want people to see Jesus for who He really is, that Jesus is real. It’s not just this storybook or this fairytale that Christians believe in. I want lost people to see that faith is so vital to everything that I’m walking through right now.”

Wright said when people question his faith due to this tragedy in his life, he turns to John 6 where people have turned away from Jesus, and Jesus looks to Peter and asks what about you? To which Peter replies, “To whom else do we go?”

“I’m also clinging to Romans 8:28 that says ‘For God works all things for good for those who love Him and are called according to His purpose.’ I know that He is going to work this for good. I don’t know exactly what that is going to look like, but I know He’s got a bigger plan than I ever could have.”