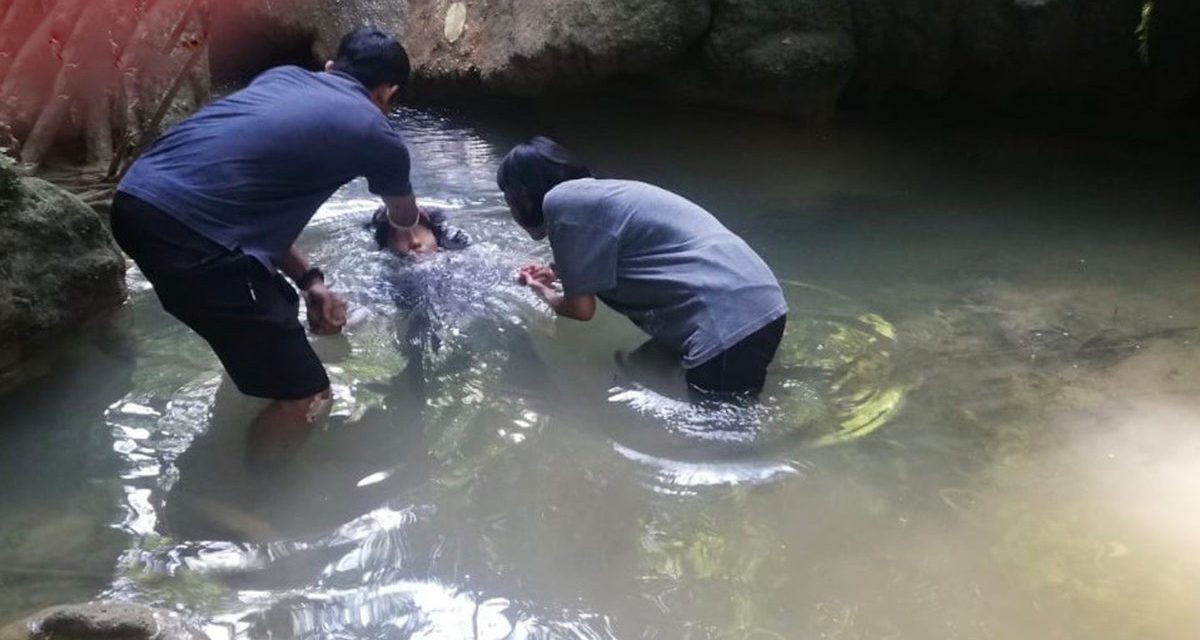 When an individual from an unengaged, unreached people group comes to faith, many rejoice: the missionaries who’ve dedicated their lives to reaching the people group, the believers and churches in the United States who’ve spent time praying for and investing resources in the people, the national believers and churches who have been instrumental in gaining access to and reaching the people, and even the angels in heaven (Luke 15:10). 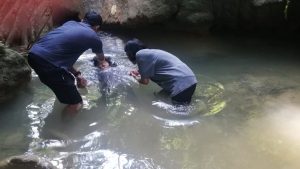 Ruth*, the first believer in an unreached people group in the mountains of Southeast Asia, was baptized in the fall of 2019. (IMB photo)

But, for the new believer—sometimes the first believer in an entire community—life can get complicated. In these situations, openly living out one’s faith may cost a believer their job, family, or community standing.

Boldly sharing the Gospel despite the risks is just what Ruth*, the first known believer from a people group of 50,000 in the mountains of Southeast Asia, has been doing.

A divine appointment in language school

Robert and Eileen Hawkins*, International Mission Board (IMB) workers in Southeast Asia, had been praying for Ruth’s people group since 2013. They’d contacted the leader of her village, Ruben*, and had visited and stayed in his home many times. They’d taken mission teams to the village to prayer walk.

Before they came, he’d never heard the name of Jesus.

A hundred yards from Ruben’s wooden hut lived a widow the workers had never met. She was Ruth’s mother.

By that time, Ruth had left her village to find work in the very city where the Hawkins lived. Their IMB coworker, Charissa Taylor*, had started a language school there to teach the local language to foreigners. One of the first teachers she hired was Ruth, and Ruth’s first students were the Hawkinses.

Ruth’s interest in the Gospel had already been piqued earlier when she met a national believer who gave her biblical material. But she had always been taught the worst about Christians. However, the Hawkinses and Charissa were different than the Christians she’d been warned about.

Charissa began speaking “truth and God’s Word into Ruth’s life,” and the Hawkinses began sharing Bible stories with her.

Charissa’s parents came to visit and help with the school in March of 2019.

“My mom did a training on evaluating learners, and at the end she asked to speak a blessing over the teachers,” she said. “Ruth broke down and sobbed.”

Ruth explained that she felt stuck between two ways of life. When she described a dream she had about a bright light that helped people, the missionaries pointed her to Jesus.

While at dinner with two local believers, Ruth explained that the thing holding her back from giving her life to Christ was fear of family rejection.

“That night she decided to follow,” Charissa said. “The next morning she came to work and told me of her decision. It was such an encouraging time, as she slowly told the people she knew.”

Ruth became the first known baptized believer in her people group in the fall of 2019.

And despite the distrust her people have of Christianity, something that is actively taught by the government, Ruth has been vocal about her faith.

She’s translating the Bible stories she’s studying into her own language.

When COVID-19 hit, she went home for a couple months. During that time, she became the first (and only) person to share the gospel with her people in their heart language—a language that is exclusively oral.

“I mentioned to her the possibility of recording some Bible stories for her people,” Charissa said. “I figured she could work slowly on them one by one for us to use in the future. Instead, I was away for a little while and came back to learn she had recorded them all!”

Charissa continued, “The Father is working in and refining her heart. I pray He will use her greatly on behalf of her people.”

Her mother was more hesitant to accept the Gospel because she knew “the high cost of being the only one in her village to believe and live this way,” Robert explained. Recently, though, Ruth’s mother professed faith.

Ruth lives with her uncle in the city nine hours away. He has been resistant to the Gospel since Ruth first heard and shared the stories of Jesus. He is considering kicking her out because of her beliefs.

“I try to encourage people to put themselves in Ruth’s shoes,” Robert said.

“What would it be like to be a young lady in her mid-20s, who is (one of two) in her people group of 50,000 that speaks her language who knows the Truth? How do you live faithfully and balance that pressure, that responsibility, that opportunity?”

An unengaged, unreached people group (UUPG), according to peoplegroups.org, is a people group where there is “no church planting strategy, consistent with evangelical faith and practice, under implementation.” A people group is unreached when evangelicals constitute less than 2 percent of the population.

This healthy church planting happens, sometimes, by identifying and mobilizing a national church and believers to reach their unreached neighbors. Other times this happens through creative strategies to gain access to the lost. The methods vary as the cultural context varies.

Whatever the method, the goal remains the same—evangelism and discipleship leading to organic church growth among those who previously have had no access to the Gospel. This is one way the IMB seeks to support the Revelation 7:9 vision.