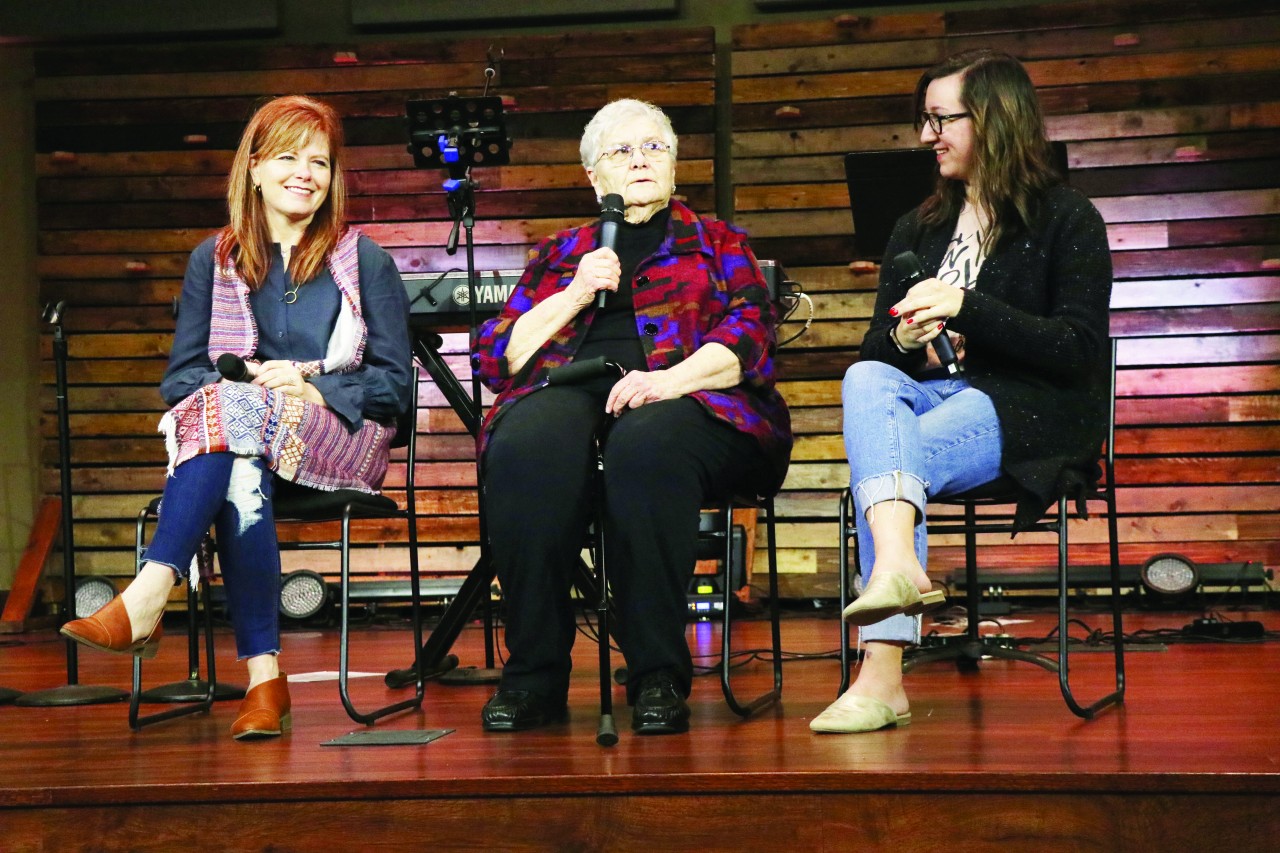 DEL CITY—On Tues., Jan. 29, Oklahoma Baptist Women gathered at the State Evangelism Conference at Del City, First Southern to be encouraged to share their faith with boldness. A lineup of powerful women of faith made the program a challenging, yet inspiring, women’s session. 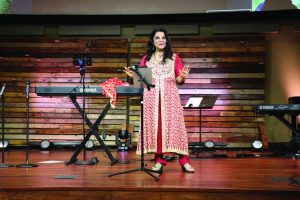 Mona Sabah Earnest in her wedding dress from 25 years ago.

To begin the Women’s Session, Chanda Graham led the room, which was nearly seated to capacity, in a time of worship.
Graham made the transition from attorney, to judge and now vocalist. She said, “No one is more surprised to see me transition from the courtroom to the stage.”
Next, Mona Sabah Earnest, author of From Isa to Christ: A Muslim woman’s search for the hand of God, began by saying not all Christians look one way.
She was born and raised in the Middle East, lived in England, went to school in Pakistan and then finally moved to the United States at the age of 11. Sabah has worked in the human resources field and teaches business, management, Leadership and Cultural Diversity. She received her master’s degree in human resources from the University of San Francisco and is a professional speaker and a corporate trainer.
She left Islam and became a follower of Jesus Christ at the age of 35. She has been married to her husband since 1993 and has three children. After marrying an American man, she was disowned by her family, for the first of two times.
Moving to Oklahoma in 2001, Sabah Earnest questioned what she believed as a Muslim after the terrorist attacks on the World Trade Center.
“Everyone was saying Islam was a peaceful religion, and I wanted to know more. It led me on a three-and-a-half-year journey into the Quran, trying to become a better Muslim,” Sabah Earnest said. 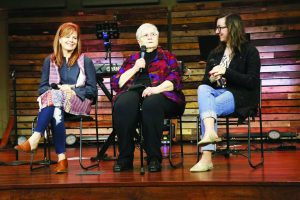 Her husband was a “Bible-belt Christian,” or a cultural Christian, but didn’t have an active relationship with God. This led her to ask what was an authentic Christian?
Sabah Earnest then explained similarities between Islam and Christianity.
“Did you know that 100 percent of Muslims believe that Jesus Christ was born of a virgin and that He performs miracles? Did you know that not 100 percent of Christians believe that?” she said.
Her questions brought her and her husband to a church, where for the first time in both of their lives, the Gospel was presented to them, and they both made professions of faith in Christ. Her family disowned her for a second time when she made this decision and begged her not to tell anyone what she had done, for fear of her life.
She told her family, “I’ve already died from my previous life, and now I have a new life in Jesus. I’m not scared; it’s going to be okay, because I know where I’m going if I die from my earthly death, because I have the gift of eternal life, and that’s the Good News of the Gospel.”
After Sabah spoke, Donna Paulk, women’s ministry strategist at the Southern Baptist Convention of Virginia spoke about practical ways she engages people in her neighborhood and city in evangelism. Paulk shared a story about how she told a prostitute in her neighborhood that God told Paulk to tell her that she needed to come back to Him, and the woman broke down. She then prayed with Paulk and made a profession of faith in Christ.
Following Paulk was a panel of three Oklahoma Baptist women. The three women practice evangelism daily through volunteer work, or like Paulk, simply in their neighborhood.
Hannah Hanzel, art director of the Baptist Messenger was the first to share the different ways she practices evangelism by volunteering at local hospitals and going on prayer walks in her neighborhood, which has led to Gospel conversations with neighbors. 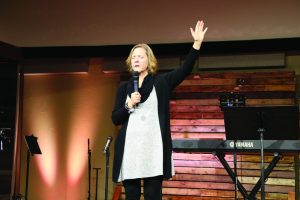 Hanzel’s grandmother, Juanita Hanzel serves in a jail ministry where she shares the Gospel with female prisoners through a weekly Bible study. Because of her experience in troubled people’s lives, she shared valuable advice on how to love others, judgment-free.
Stacee Goetzinger practices evangelism on her daily trip to convenience stores for Diet Cokes. Goetzinger shared about a past eating disorder, which has opened the door to share the Good News of Jesus with others who were “spiritually empty” in her outpatient rehabilitation program.
Let it be said of the Women’s Session at the State Evangelism Conference that women from all walks of life were offered encouragement and challenged to urgently share the Good News of Jesus by using evangelism in their daily lives.