What to know for Annie Armstrong Week of Prayer 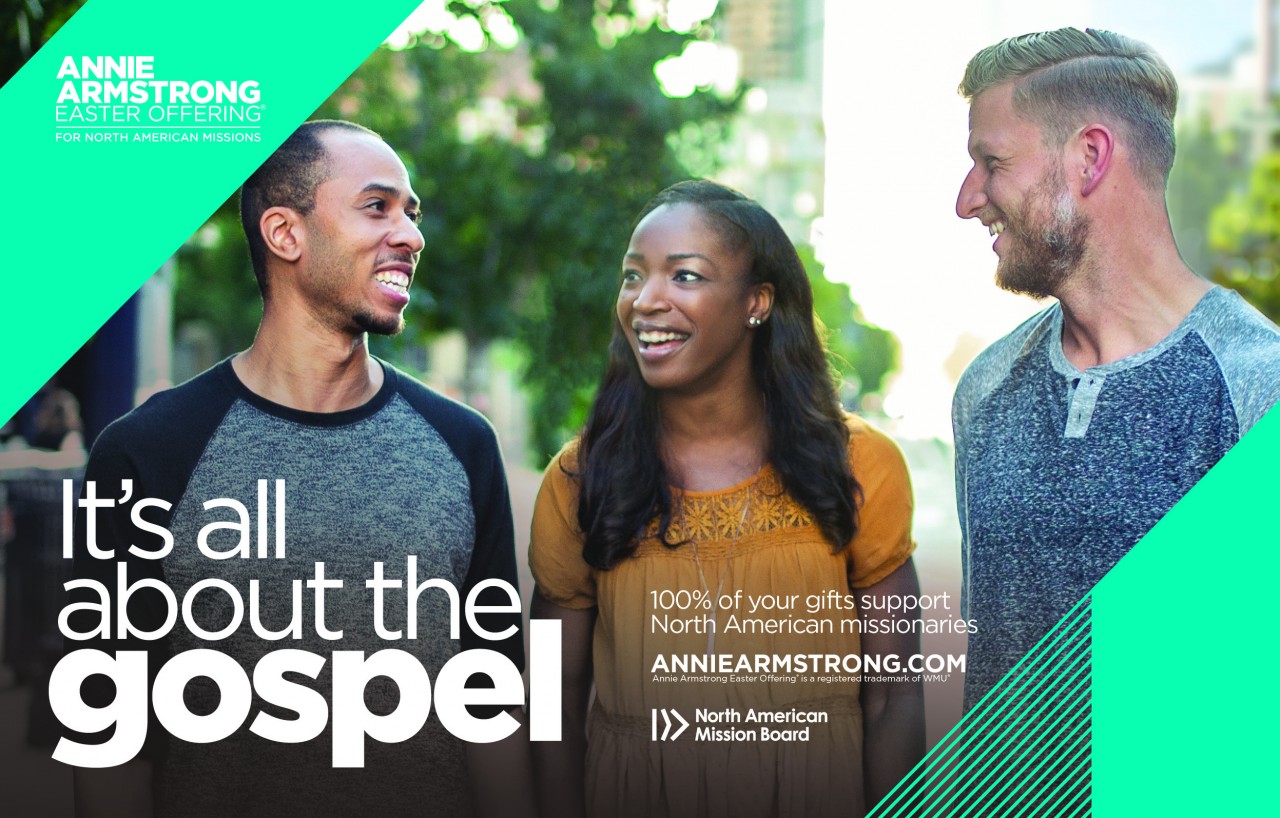 The following is overview information about the Week of Prayer for the 2020 Annie Armstrong Easter Offering, which starts Sunday, March 1. For more information, visit AnnieArmstrong.com

Since 1934, Southern Baptists have supported missionaries and their work through the Annie Armstrong Easter Offering® for North American missions. Millions have heard the Gospel throughout the United States, Canada and the territories of Puerto Rico, the U.S. Virgin Islands and Guam because Southern Baptists sacrificially gave.

The spiritual needs in North America, though, remain as great as ever. The demographics continue to change. More people are moving to the continent. The culture is rapidly secularizing. Entire regions that were once bastions of Christian thought, such as New England, are now deemed post-Christian.

Approximately 363 million people live in North America, and a projected 75 percent of those people do not have a personal relationship with Christ. The presence of Bible-teaching, Evangelical churches has been waning, especially outside the South.

Along with the intense spiritual need, there are immense physical needs as well. Missionaries with the North American Mission Board strive to reach out to refugees and internationals, assist those in poverty, reach out to those caught in human trafficking and serve children through foster care and adoption—all while remaining focused on sharing the hope of the gospel.

Every gift to the Annie Armstrong Easter Offering—100 percent—goes to train, resource and deploy thousands of missionaries involved in church planting and compassion ministries. Together we make a difference by meeting needs, planting churches and discipling new believers. Transformation is taking place one life at a time.