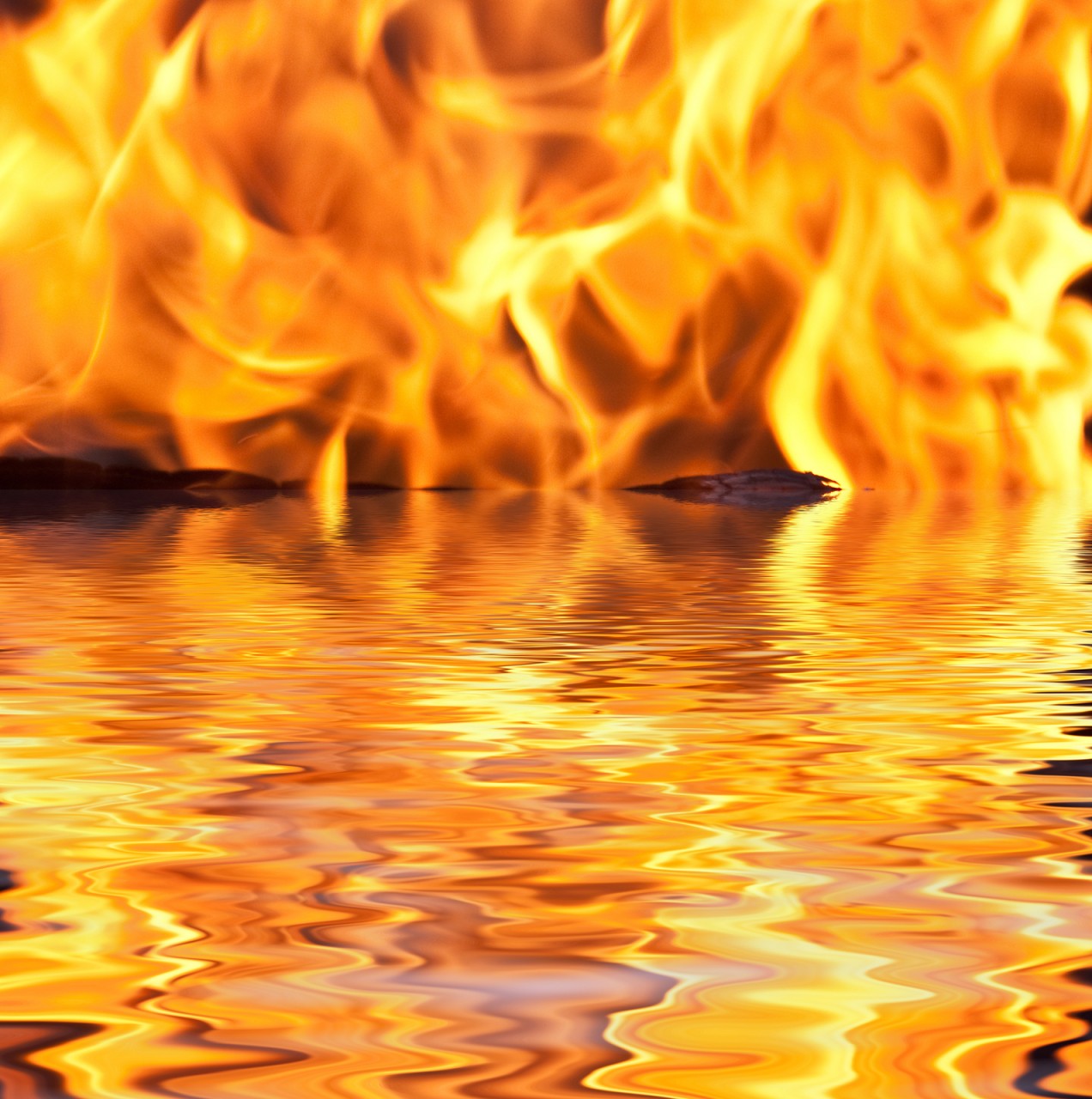 Have you ever heard of a church or a Christian talk about being baptized with fire? Years ago, I was walking with a friend in Tulsa when two young Bible college students stopped us and asked if we were Christians. We responded in the affirmative, and their next question was asking if we had been baptized with fire.

I know this was probably not an appropriate time to laugh, but sometimes it just slips out. They seemed confused by my response and asked again if I had received the second baptism and spoke in tongues. My question to them was simple, who told you that baptism of fire was a good thing?

Yes, the Bible does talk about baptism of fire, but all you have to do is look at the context. It comes from Matt. 3:11 where John the Baptist is speaking about Jesus. He says, “He will baptize you with the Holy Spirit and fire.”

That sounds like the two go together, doesn’t it? We can see how easily people can be told that being baptized in fire would be a wonderful thing. However, if you continue to read, we are told what that fire is.

Verses 12 reads, “His winnowing fork is in his hand, and he will clear his threshing floor, gathering his wheat into the barn and burning up the chaff with unquenchable fire.”

The idea of fire representing judgment is common throughout the New Testament. The reason I laughed when they asked if I had been baptized with fire was because they just asked me if I had been to hell. That’s what that verse means, but it is taken so far out of context that they had no idea what they were really asking me.

Oklahoma is full of churches that teach that Baptism of fire is some kind of second baptism that all believers should desire. This is such a simple idea to disprove that if anyone you know who goes to or is interested in a church that uses that kind of language, you now have everything you need to help them be concerned at the kind of teachings they are receiving. You didn’t have to do any fancy theological gymnastics, all you had to do was read the next verse.

We should hope that nobody we know gets baptized with fire. It’s not a good thing. We should also teach this next generation how important it is to keep reading and not just rely on one verse for what we believe. Not all of us will teach from behind a pulpit, but we can all help to hold preachers accountable when they teach things that are unbiblical.