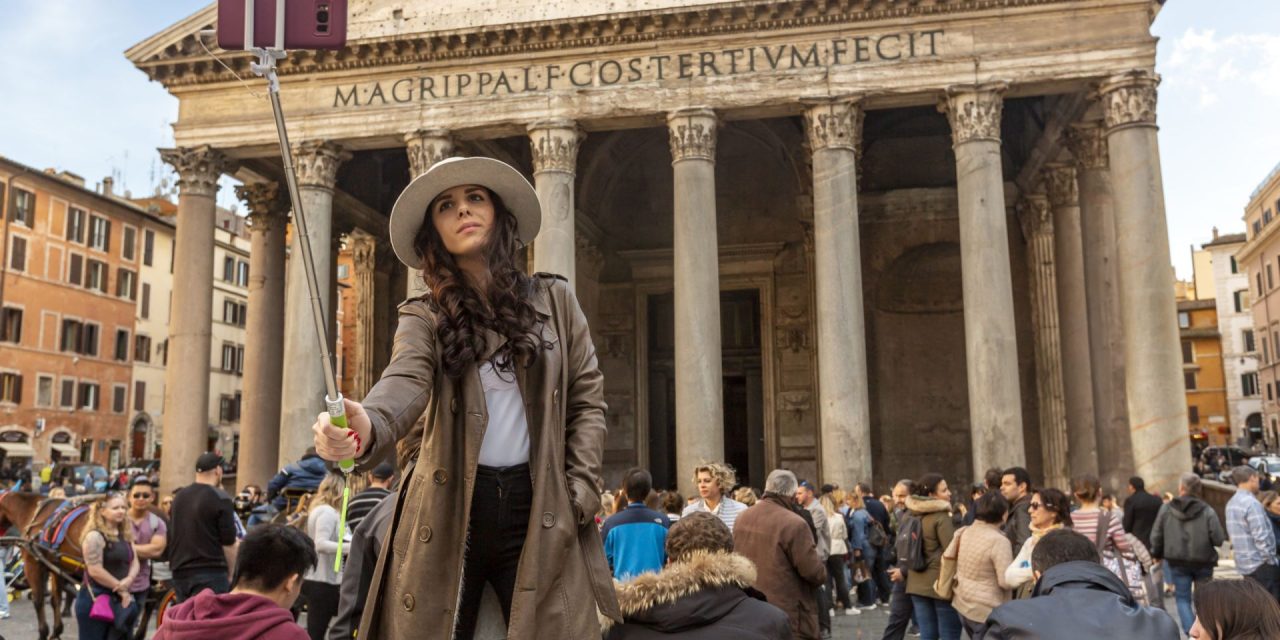 Above: Tourists hang out in front of the Pantheon, a major tourist attraction, in Roma, Italy. By 2050, urban areas will host two-thirds of the world’s population. These cities will include large slum areas, ethnic neighborhoods, migrants and refugees, young adults and working professionals. IMB Photo

Everyone in the small church wondered if the baptism was ever going to happen. In this Central Asian city visited by thousands of tourists each year, the delays kept stacking up.

Delay one: A new believer fell through a double-paned glass sliding door, landing him in the hospital.

Delay two: The pool overflowed, flooding everything around it. 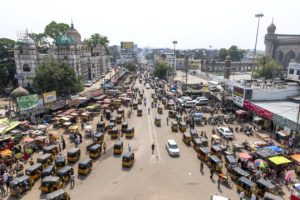 Auto rickshaws line the streets of the streets of a South Asian city. South Asia is home to more than 500 million Muslims and is the birthplace of Hinduism, Buddhism, Sikhism and Jainism. IMB Photo

Finally, everything fell into place and the new believers were baptized. They shared stories of meeting Jesus and choosing to follow Him. The celebration marked an extra special occasion — welcoming a man and a woman into the family of God. In this Central Asian city, only about 0.01% of the population follows Christ.

“It’s kind of a number that doesn’t mean very much,” Erik White, International Mission Board (IMB) missionary, said, trying to explain a statistic that normally rounds down to zero. “The best way to explain it is ‘very, very, very few believers here.’ Because of that, there are even fewer churches.”

Each decision, and subsequent baptism, is cause for celebration. Having a female submit to Christ is rare. In this city, most interest in the Gospel comes from young men. Through strategic placement of advertisements on social media, the team made up of IMB missionaries and local ministry partners have piqued interest in learning more about the Gospel. Those interested click on a link or scan a QR code which leads them to a local church or believer for follow up.

The one-on-one contact most often begins with answering questions and progresses to studying Scripture. 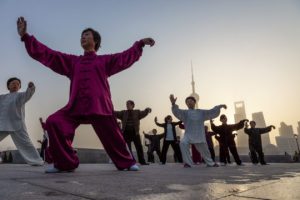 Locals gather at dawn to practice tai chi by the Monument for People’s Heroes in Huangpu Park in Shanghai, China. The Asia-Pacific Rim is home to 2.3 billion people and 3,355 people groups, more than 95 percent of whom are living in spiritual darkness. IMB Photo

A lot of young people are disillusioned by the majority religion in this area. Many turned to a hybrid-form of Deism—not wanting to say there’s no god but searching for a better answer.

“So that’s why Southern Baptists sent us,” Erik explained. “Here, we try to do the missionary task to see healthy churches among the peoples and places of our city.”

In this global city are immigrants sleeping on dingy warehouse floors, troubled youth escaping into the shadows of gaming salons and minority groups struggling to find acceptance. Erik sees a lot of beauty here but what God continues to show him are neighborhoods filled with people in desperate need of the Gospel.

Equipping a local church or believer to engage their neighbors with the Gospel can take 5-10 years. The goal is to have local believers pouring into others so they might go and see new churches planted. The reality is that there are few believers. Millions walk the city streets without knowing the Savior. That’s why each proclamation and baptism is cause for rejoicing and celebration, despite the delays.

Thank God for these new decisions and baptisms. Pray for local churches to focus on seeing others grow in their faith and be equipped to tell others about Jesus. Ask God to send more workers into the world’s cities with the saving message of the Gospel.