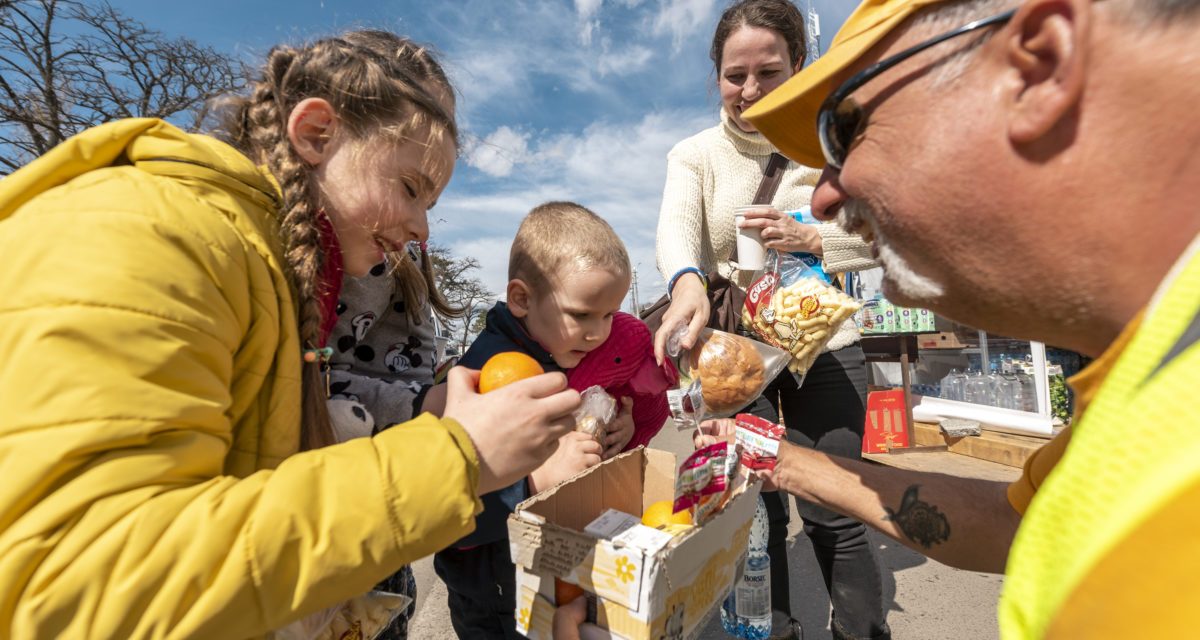 Above: Russ Wise, a volunteer with a Southern Baptist Disaster Response team, offers water and snacks to Ukrainian children coming across the border into Romania. Russ attends Vertical Church in Yuma, California. SBDR and Send Relief teams served Ukrainian refugees crossing the border at Siret, Romania, by handing out snacks, water and hot drinks and providing cell phone charging stations. The station was originally started by the Romanian Baptists who were some of the first to respond to those Ukrainians crossing the border after the war started. IMB Photo

Olga wanted to go to church for years, but her husband forbade it. He didn’t believe in God and didn’t want his family dabbling in a faith he understood to be false. 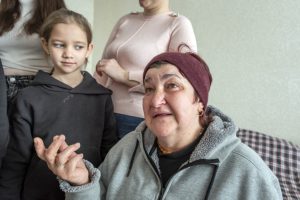 Olga shares how the pastors and members of Dancu Baptist Church in Dancu, Moldova, are caring for her and her family. Many Ukrainian refugees have passed through the church and traveled to other countries in Europe, but Olga and her family decided to stay. IMB Photo

After Russia invaded Ukraine in the spring of 2022, Olga, her daughters and grandchildren fled and were welcomed at the border of Moldova by Christians from Dancu Baptist Church in Dancu, Moldova.

Moldova shares an eastern, southern and northern border with Ukraine and a western border with Romania. When news of the war emerged, the Moldovan Baptist Union, comprised of 400 churches, converted their buildings, summer camp facilities and children’s homes into shelters. Dancu Baptist Church sent buses to the border to meet refugees. The church created a welcoming environment by placing stuffed animals on beds for the children and having school supplies on hand. They provided WiFi, three home-cooked meals a day and counseling.

David and Shannon Brown serve with the International Mission Board and they, along with their home church, partner with and support the pastors of Dancu Baptist Church and the Moldovan Baptist Union in ministering to Ukrainian refugees. They are steadfastly present among Ukrainian refugees because they know that each day, 157,690 people are dying without Christ.

They’ve been impressed at the way Moldovan believers have embraced refugees like Olga. 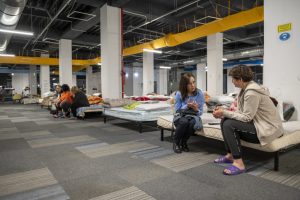 Her grandchildren found freedom and safety within its walls. The emotion rose in her voice—strong and insistent, but also trembling—as she said, “They’ve surrounded us with love and care.

“They are supporting us psychologically, emotionally and spiritually,” she continued.

The Browns recruited volunteer medical teams to meet the needs of refugees housed in Baptist churches, campgrounds and a medical clinic in the capital.

Olga called her husband to tell him how well the Baptists cared for them. She was astonished by his response.

“Praise the Lord! That’s God’s grace. God is good and protected you,” he said. 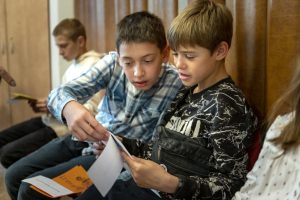 She never imagined she would hear these words leave her husband’s mouth.

She finally had what she waited so long for—the chance to go to church. After attending church on two Sundays, Olga and her daughter, Alexandra, committed their lives to Christ.

Olga and her family often read a children’s storybook Bible. The illustrations helped their understanding of the Bible stories.

The children were more interested in reading the Bible than their school lessons, and they paid attention during the church services. They affectionately called the senior pastor “grandpa.” 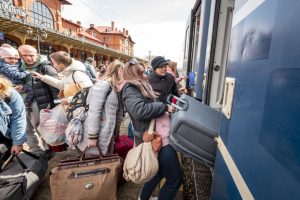 Ukrainian refugees board a train in Suceava, Romania. The refugees were transported from the border to the train, where they travel on to other cities in Romania and to other countries in Europe. Ukrainians can travel for free. Members of Southern Baptist Disaster Relief teams took time to visit the train station to help and pray for refugees. IMB Photo

“Did you listen to what grandpa said?” Olga asked after a service.

“He said to love your neighbor,” they responded.

“We came here through God’s grace, and we are in God’s grace here,” Olga said.