With the holidays here, New Year’s Day will be arriving sooner than we think. People everywhere will make resolutions to eat better, exercise more, read their Bibles daily and to kick bad habits.

On Tuesday, March 7—three months from today—Oklahoma voters will have the opportunity to kick a cultural bad habit to the curb before it starts. To be specific, voters will consider State Question 820, which would legalize the recreational use of marijuana in our state. For a host of reasons, voters should reject SQ 820. 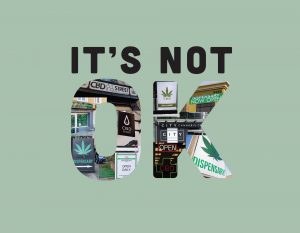 SQ 820 is unwise and unnecessary. Oklahoma already has more marijuana dispensaries than any other state in the United States. SQ 820 would expand marijuana’s reach in our state, making Oklahoma “go to pot” even further. Oklahomans should reject the goal of making our state a “pot-smokers paradise,” instead of a pleasant place to raise a family.

Recreational marijuana creates easy access to a mind-altering, addictive substance that has proven adverse effects on the user, their families and entire communities. Recreational marijuana has been linked to addiction and proven to be a gateway to other risky behaviors. Legalization has led to increase casual use among Americans and an even greater surge among those who use cannabis heavily.

This state measure comes with empty promises and disguised consequences. Proponents of the state question have used phrases to advance their drugs’ cause, phrases like “sensible laws,” “the tax revenue will help education.” Socially liberal proposals promise good end results, but they often end up being empty promises that only invite furthering social harm and breakdown.

In November, messengers to the Annual Meeting of Oklahoma Baptists approved a resolution against recreational marijuana. The resolution expressed our alarm “at the rapid advance of acceptance of marijuana in our state. Believing that states should protect its people from the trafficking of addictive, mind-altering drugs, and we know that legalizing drugs leaves neighborhoods and schools vulnerable for exploitation. We pray that Oklahoma will put legal barriers between addiction and the communities it devastates, and that the church will work with Christ-centered ministries to reach people who are addicted to substances.”

On March 7, Oklahoma voters can and should share that same resolve. They should ‘just say no’ to SQ 820!