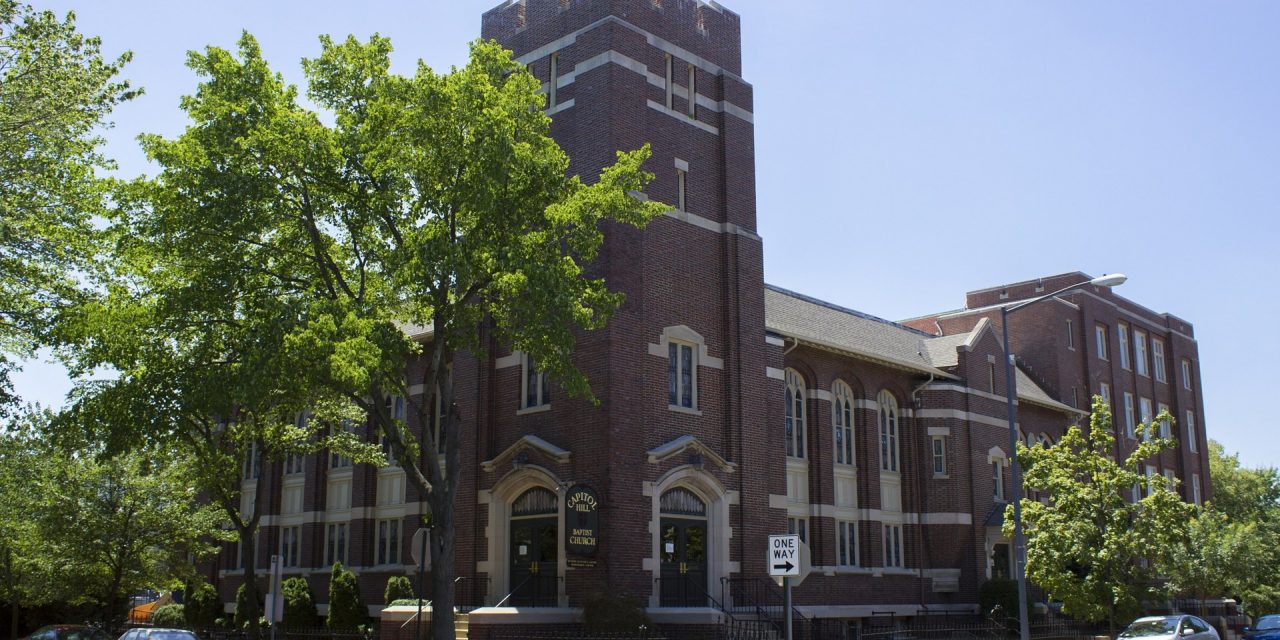 McFadden’s ruling prevents D.C. from enforcing its current pandemic rule that restricts religious gatherings to 100 people or 50 percent of capacity, whichever is less, whether they are held indoors or outdoors. Capitol Hill filed a lawsuit Sept. 22 after the D.C. government rejected its latest request for a waiver despite the church’s commitment to require social distancing and the wearing of masks outdoors.

“With this ruling, our government is restoring equity by extending to religious gatherings the same protections that have been afforded other similar gatherings during this pandemic,” said Justin Sok, a Capitol Hill pastor, in a written statement.

“A church is not a building that can be opened or closed,” he said. “A church is not an event to be watched. A church is a community that gathers regularly and we are thankful that such communities are once again being treated fairly by our government.”

“We were thrilled to see that Capitol Hill has received this preliminary injunction,” said Travis Wussow, the ERLC’s general counsel and vice president for public policy. “This is a critical step in their efforts to safely and wisely meet.”

Describing the opinion as “excellent,” Wussow said: “The judge made note of both the church’s theological convictions and their efforts to work with the city before even pursuing litigation.”

In its suit, Capitol Hill Baptist—which had a Sunday morning attendance of about 1,000 before the pandemic—said Mayor Muriel Bowser’s order has been applied in a discriminatory manner, permitting gatherings of thousands for other events this summer while severely limiting the meetings of churches and other religious bodies.

The church said in the complaint it “has a sincerely-held religious belief that the physical, corporate gathering of its entire congregation each Sunday is a central element of religious worship commanded by the Lord.” Therefore, the church’s leaders chose long ago not to hold multiple services, and senior pastor Mark Dever decided not to livestream sermons during the pandemic because such a video “is not a substitute for a covenanted congregation assembling together,” according to the suit.

McFadden wrote in his 26-page opinion that D.C. “misses the point” when it proposes Capitol Hill Baptist “hold multiple services, host a drive-in service, or broadcast the service online or over the radio,” which other churches in the district have done.

“It ignores the Church’s sincerely-held (and undisputed) belief about the theological importance of gathering in person as a full congregation,” McFadden wrote. “The District may think that its proposed alternatives are sensible substitutes. And for many churches they may be. It is for the Church, not the District or this Court, to define for itself the meaning of ‘not forsaking the assembling of ourselves together.” which is taken from Heb. 10:25.

D.C. has not met the requirements for hindering religious freedom under RFRA, McFadden wrote. The 1993 federal law requires the government to have a compelling interest and use the narrowest possible means in burdening religious exercise.

The district “has failed to meet its burden at this stage, as it presented little to no evidence that it has a compelling interest in applying its restrictions to ban the type of services that (Capitol Hill) wishes to hold,” he wrote. “And some of the scant evidence that does appear in the record cuts against the District’s arguments.”

McFadden also said the D.C. government’s support for mass protests in June attended by thousands or tens of thousands of people “undermines its contention that it has a compelling interest in capping the number of attendees at the Church’s outdoor services. The Mayor’s apparent encouragement of these protests also implies that the District favors some gatherings (protests) over others (religious services).”

He also contrasted D.C.’s treatment of outdoor restaurants, which face no limit on customers, with its restrictive handling of churches and other religious bodies that seek to meet outside.

—The Department of Justice submitted a “statement of interest” to the federal court Oct. 2 that argued D.C. is required under the Constitution and by federal law to accommodate Capitol Hill’s attempt to hold corporate worship outdoors.

—Sen. Roger Wicker, R-Miss., a Southern Baptist, filed a friend-of-the-court brief Oct. 7 on behalf of 33 other senators in support of the church’s suit.

Since mid-June, Capitol Hill has held corporate worship outdoors on Sunday afternoons at the property of a Southern Baptist church in Alexandria, Va., where requirements are less restrictive, and will do so again for future Sundays. The church, however, has desired to meet outdoors in D.C., where more than 60 percent of its 850 members live.

Capitol Hill is “speaking with the operators of a variety of outdoor venues to move our weekly gathering” to D.C., Sok said.

The church continues to appreciate Bowser’s attempts “to protect the public health of our city while balancing the importance of various First Amendment rights,” Sok said. “Our congregation continues to pray for God’s mercy in ending the ongoing pandemic, that He would protect the lives and wellbeing of our neighbors, and that many in our city in the coming months would experience the far greater freedom that comes from forgiveness through Jesus Christ.”

Capitol Hill applied for a waiver from the restriction in early June but failed to receive a reply until after it filed an updated request Sept. 1, according to its suit. D.C. denied the church’s request Sept. 15, and CHBC’s members voted overwhelmingly Sept. 20 to file the suit.

The church has become known throughout much of the SBC since Dever became pastor in 1994. He later founded the 9Marks Ministry, which seeks to foster healthy churches. The ministry holds its “9Marks at 9” events on successive nights each year during the SBC’s annual meeting.

Until the COVID-19 pandemic, Capitol Hill had met in person every Sunday since its founding in 1878 except for three weeks during the Spanish flu outbreak in 1918, Sok said.

The ERLC has worked with state and local officials across the country and has reached out consistently to all 50 governors’ offices to provide guidance regarding religious liberty considerations during the pandemic, according to a staff member.

Southern Baptist leaders commended guidelines issued in May by the federal Centers for Disease Control and Prevention for restoring in-person worship gatherings. The guidance reminded state and local officials to take the First Amendment right of religious liberty into account when they institute reopening policies. No church or other religious group should be called on to enact “mitigation strategies” stricter than those requested of “similarly situated entities or activities,” according to the CDC.