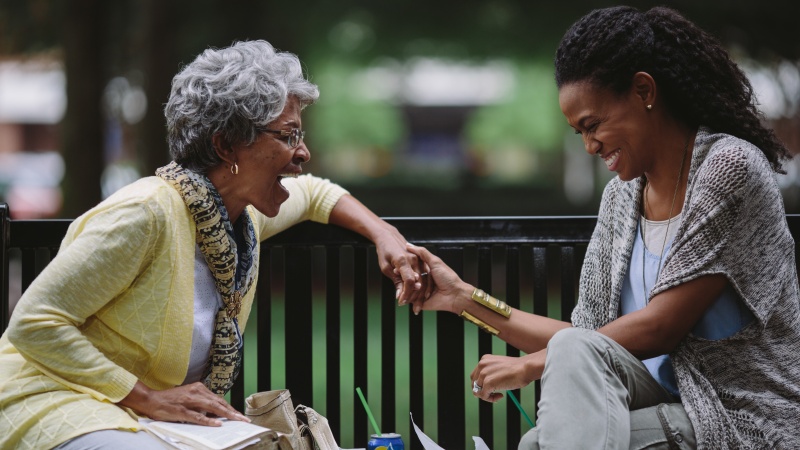 DAVIS—The Arbuckle Mountains will become a battleground—a figurative spiritual battleground at least—in April when “War Room,” the new motion picture from the creators of “Facing the Giants,” “Fireproof,” and “Courageous,” is screened at the Baptist General Convention of Oklahoma’s women’s and men’s retreats at Falls Creek Baptist Conference Center.

Those attending the retreats will see the new movie starring director Alex Kendrick, Priscilla Shirer, T.C. Stallings, Beth Moore, Michael Jr., and Karen Abercrombie as “the unforgettable Miss Clara,” four months before the announced Aug. 28 national release of the movie, which illustrates the power of prayer.

Alex Kendrick will be a featured speaker at Rewired, the state men’s retreat, April 24-25. 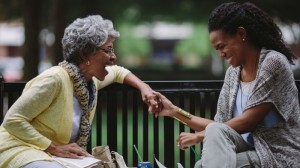 “We are excited to have Alex as our special guest at Rewired on Friday night April 24, and to have the opportunity to show the movie “War Room” four months before its release in theaters,” said Keith Burkhart, BGCO men’s ministry specialist. “God is calling men and women across our land to be people of prayer.  It is my prayer that men will walk away from Rewired with a new passion for prayer and a zeal to wage war through prayer for every issue facing their lives and families.“

“We’re very excited to have the opportunity for our attendees to see War Room on April 17,” added Kelly King, BGCO women’s specialist. “It fits perfectly with our theme of “Heroes,” because the battles we face as Christians must be fought on our knees. The emphasis on prayer, coupled with Priscilla Shirer starring in the movie, is definitely a win.”

“This film is about the power of prayer, the necessity of prayer in our lives,” director and co-writer Alex Kendrick says in a promotional video posted at the movie’s website, War
RoomtheMovie.com. “If we return to prayer, passionately actively seeking the Lord, and we’re right with Him and right with each other, God can do amazing things in our lives.”

The plot focuses on a couple, portrayed by Shirer and Stallings, who have all the trappings of perfect lives, but whose marriage is falling apart. They salvage their lives by learning to earnestly and fervently pray. 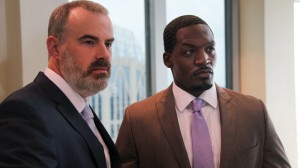 “Most of us have somewhat of a financial strategy, an education strategy for our children, maybe even a health strategy . . . but when it comes to prayer, it’s a wish to the wind,” Stephen Kendrick said in the promotional video on the movie’s website. “If you look at the history of the church, the history of revivals, of great awakenings, it always was connected to people unifying and praying for the Lord to work in that situation. And that’s what we want to happen in our generation.”

Shirer; her father, best-selling author and pastor Tony Evans; Moore, and vice president of LifeWay Christian Resources Selma Wilson are all featured in the promotional video.

“(Prayer is) what opens up the floodgates for God to come down and be involved in our everyday circumstances,” Shirer said. Her father adds, “A lot of people don’t pray ‘cause they don’t believe it works. But unfortunately it doesn’t work because we don’t really pray.”

Jesus’ teachings on prayer in Matthew 6 are central to the movie, the brothers said.

“In Matthew 6 Jesus said when you pray, go into your inner room, in your secret place. We seek God first before going to war, if you will,” Alex Kendrick said.

“That verse in that passage is one of the keys to this movie. It’s really easy to make prayer an afterthought. We want people to begin to fight their battles in prayer first,” his brother, Stephen, added.

Prayer is a weapon of war, Moore said. “(God) has us fight not human flesh and blood, but fight the war that is in the heavenlies,” Moore said, “that can only happen from our knees.”

Wilson said there is power in prayer.

“If we can call the body of Christ to take seriously our conversations with God and we commit to pray, can you imagine what God can do in and through us,” she said. “There is nothing impossible for our God.”

Worldwide Distribution for Sony Pictures will release the film.

“We are pleased to be distributing the Kendrick Brothers’ next film, which will be the perfect programming for families seeking a wholesome and inspiring summer movie,” Rory Bruer, president of Worldwide Distribution for Sony Pictures, told Movieguide.com. “‘War Room’ is the ideal addition to our August slate, following in the footsteps of last year’s hit, ‘Heaven is for Real,’ which had a $12 million budget and grossed more than $100 million.”

“Courageous,” the latest Kendrick Brothers production filmed for $2 million and released in 2011, grossed more than $34 million and was the top selling DVD in the U.S. It received an A+ Cinema Score rating from filmgoers and has led to a series of Bible study and discipleship tools.