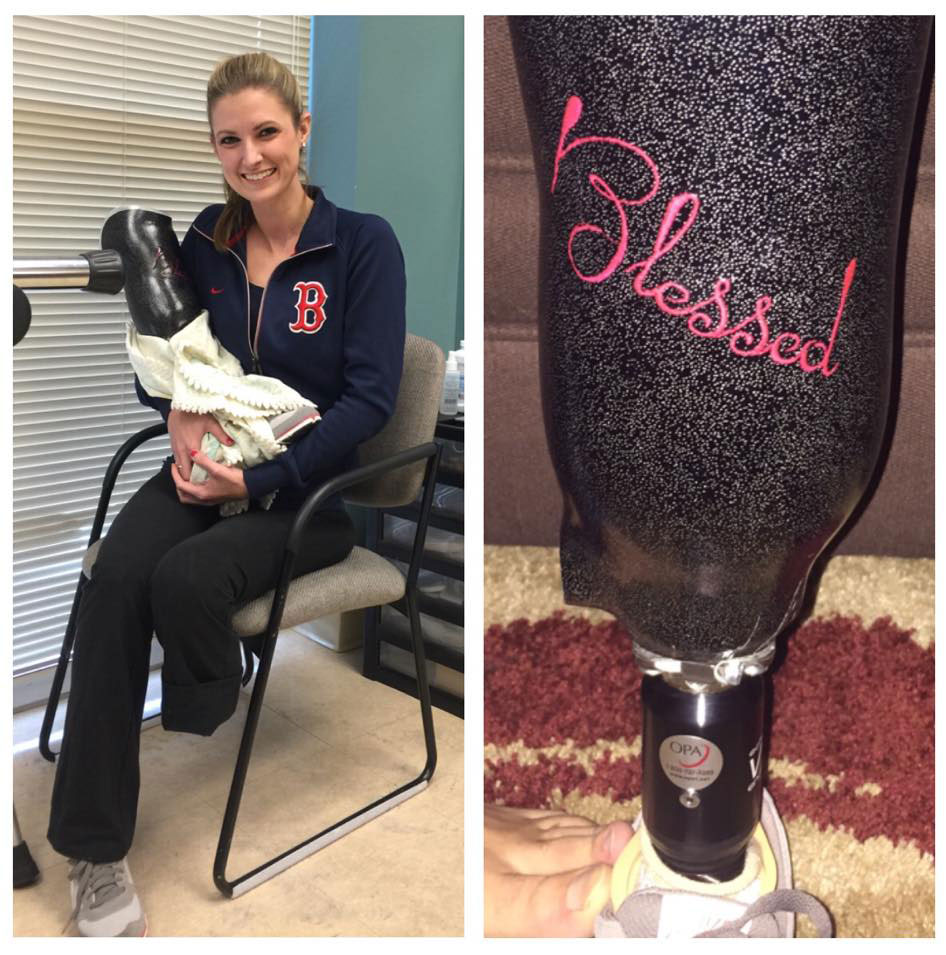 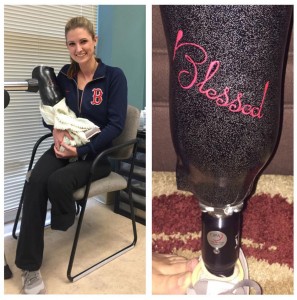 Rebekah DiMartino poses with her new prosthetic leg after receiving it last month. The word “Blessed” is embroidered on the leg to signify DiMartino’s gratitude that she and her son are still alive despite being three feet away from the Boston Marathon bomb as it went off. (Photos: Facebook)

LOUISVILLE, Ky. (BP)—Rebekah DiMartino was at the Boston Marathon in April 2013, standing just three feet from where a bomb exploded at the finish line.

“Here was me,” she said, pointing to a spot on the floor at a Kentucky church where she was speaking.

“Right here was a bomb!” she exclaimed.

“Three (feet)! And I’m alive, and I’m standing here to tell you about it,” she marveled.

DiMartino, at Louisville, Ky., St. Matthews, recounted her experience at the marathon—when three people were killed and more than 250 were injured—and how her faith has been a key part of her months-long recovery.

Jury selection has been underway in Boston since January for the trial of Dzhokar Tsarnaev, one of two alleged bombers—his older brother Tamerian being the other, who was killed during the post-bombing manhunt.

“It was my birthday weekend,” said DiMartino, who lives in Texas. In Boston for her first time, she was there to watch her now-mother-in-law in the race. “No, I was not the runner,” she quipped. “I was actually the one on the sidelines eating chocolate-covered pretzels and watching everybody else (pass by).”

DiMartino noted that the “most miraculous part of my story” is how her legs shielded her then-5-year-old son Noah and spared his life—and how she has gained an array of opportunities to share her faith in churches and in media appearances such as the syndicated medical show “The Doctors” on Feb. 17. 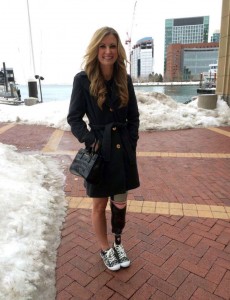 “Whatever you are going through in your life, don’t give up because God has got a plan for everything,” DiMartino said. “And everything that we go through, it ultimately works together for your good.”

On the screen behind her was one of the most iconic pictures of the Boston Marathon bombing: Her little boy being rushed away in a wheelchair by first responders.

When the bomb went off, Noah was sitting at DiMartino’s feet, playing with some small rocks. Had he been standing, she was told, he likely would have died instantly. “I took everything in the back of the legs so that Noah would be saved,” she said.

“That is God’s purpose (for me),” she nodded. “I cannot feel sorry for myself in the least bit because I know my son is running around like normal today. … I thank God every day for my little boy still being here.”

DiMartino was hospitalized for 56 days. In the past 18 months, she endured 30 surgeries—more than half on her left leg, which was nearly destroyed from the knee down. Doctors told her it may never function again.

“I was miserable. It was weighing on my heart for me to have to endure the pain and frustration of a leg that didn’t work,” DiMartino said, so she decided to have the leg amputated. In a bit of moribund humor, she wrote a breakup letter to her leg. “It was like a bad boyfriend to me,” she said. “There are things that hold you back, and this was one of them that I realized . . . where I could make a change.

“And God’s glory shines through better when things don’t hold you back,” she asserted.

“My leg is not my life,” DiMartino said. “I’m so thankful that I get to be here. A leg is just a leg. Cut it off and give me a new one.” She introduced her new prosthetic as though it were a baby: “She’s absolutely beautiful. I just love her; she’s a doll. ” Across her new leg is the word “blessed” in embroidery.

Learning to walk with a prosthetic leg, however, is painful and “one of the hardest things I’ve ever had to do,” DiMartino noted in a Facebook post Jan. 14.

“(S)ometimes I find myself wanting to throw (the leg) across the room. But today I feel so thankful. In a week’s time I can already see so much progression in myself, and in the words of my prosthetist . . . I am WAY ahead of schedule. So I guess you could say I’m ending tonight feeling pretty stinkin’ awesome.”

When facing tough decisions, DiMartino said in her Jan. 25 testimony at St. Matthews Church, it ultimately leads to a greater purpose. “I believe with all of my heart that my purpose in life is to inspire and encourage other people,” she said. “I don’t feel I have it figured out at all. But I know that I have such a passion to help other people, based on the struggles that I’ve been through   . . . and that’s what I’m going to spend the rest of my life doing.

“It’s a scary world; change it!” she urged. “I try very hard every day when I wake up to say, ‘God, let me have that open heart to where whoever talks to me, whoever comes in my path, sees that I radiate some type of light for You.’”

Rather than let adversity destroy her, “it’s gonna make me stronger,” she declared. She hopes to run the Boston Marathon. “I’m going to climb mountains. I’m going to dance. I’m going to run. I’m going to do anything and everything that I can because it’s my life and I’m not going to waste a second of it.” 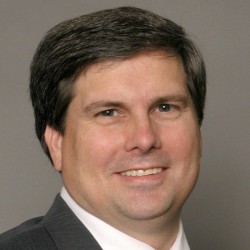 Todd Deaton is editor of the Western Recorder.

View all posts by Todd Deaton