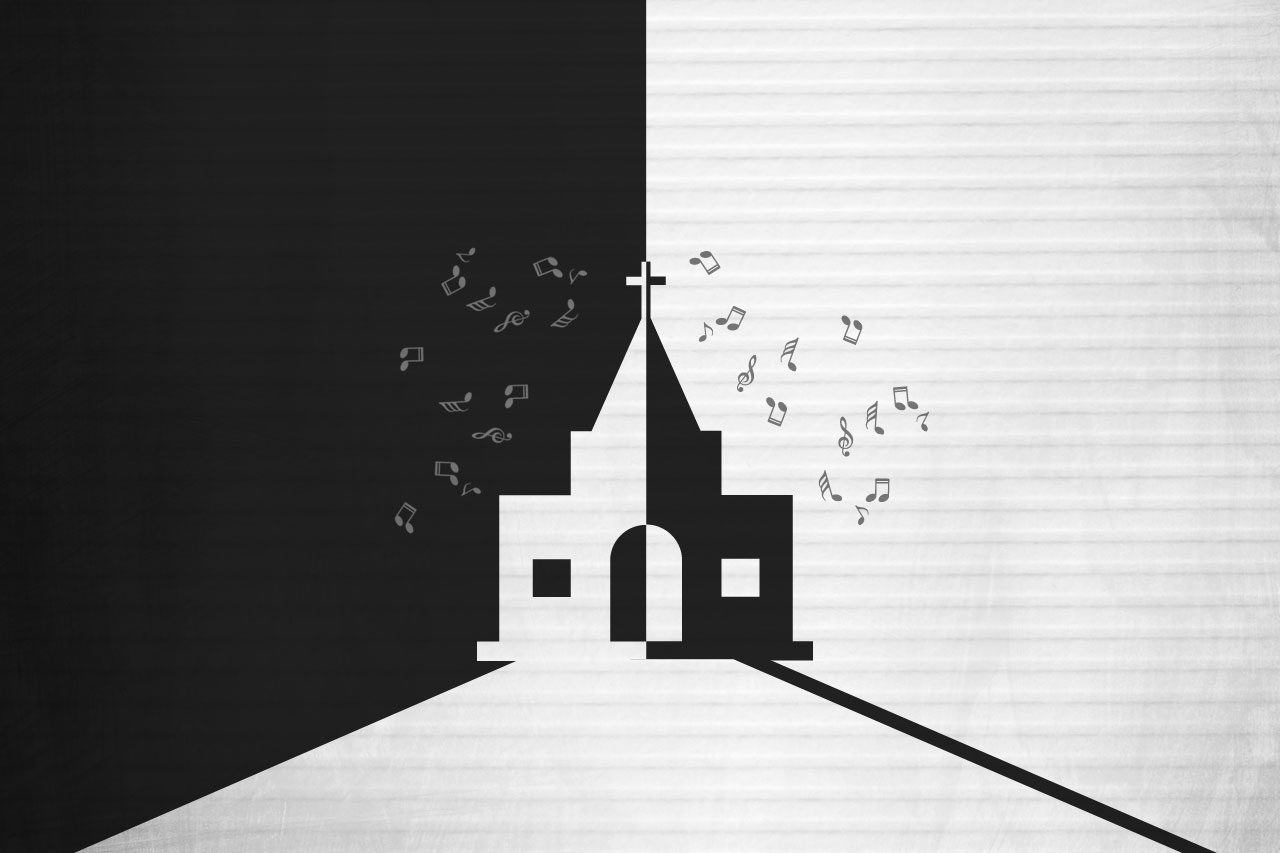 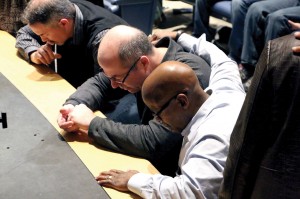 That significant step paved the way for Pastor Victor Paul Sr. to meet with Bartlesville, Southern (BSBC) Pastor Paul Rummage to discuss the idea of a joint worship service.

With the enthusiastic support of the two congregations, the meeting resulted in a joint worship service Jan. 25 at the Bartlesville High School Fine Arts Center.

Paul delivered the sermon during the service, which was attended by 600 people. He preached on “the danger of a routine religion.”

“A religion that goes beyond the routine is more concerned about the individual’s needs,” he explained, “Rather than their particular concerns, issues and even background.”

Rummage led the congregation in a time of prayer centered on confession, unity and forgiveness.

“We had prayer groups gathered all over the auditorium, asking God to pour out His Spirit of love and unity,” Rummage said.

Worship was led during the service by Paul’s wife, Renee, who directed a “Unity Choir,” and a praise team. Singers from both churches participated. 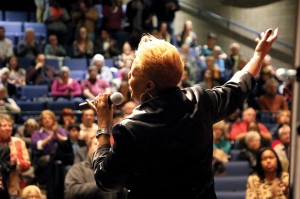 Although on the surface, BSBC is predominantly white, and GFBC is predominantly black, the pastors have much in common. Not only do they share the name of the First Century Apostle, but they also have grown in their love and appreciation for one another as friends, brothers in Christ and fellow pastors.

And, as fellow members of the Association, the churches jointly participate in some mission and ministry projects.

“Although we have known each other in the past, our church members do not really know each other intimately yet, but we look forward to a growing relationship as brothers and sisters united under the cross of our Savior,” Rummage said. “I think we’re going to have a great time together (going forward), and I don’t just mean for one event. Since that service, we have received overwhelming support from the various congregations—they loved the celebration together, and being able to meet new friends. From young to old, they want to do it again and again.”

The pastors credit the original idea and discussion of the Jan. 25 church service to God, as it happened before the nation erupted over several racial issues last fall.

“He (God) already knew we should come together and make a deliberate statement of unity and love, especially in light of the events of late 2014,” Rummage said.

“I thought things went very, very well. I was very pleased with the turnout and very pleased that the community recognized what we were trying to do, and from my perspective, I was very grateful to preach,” Paul said.

“Our church enjoyed it very well, and look forward to the possibility of doing something like that again because I think reconciliation is very crucial to the cause of Christ and Christ’s churches.

“I have an added emphasis that as glorious we think worship services are, they have to be only the first step. For me, pure reconciliation takes place when we become community friends and are invited over to  each other’s houses for dinner and things like that, because I believe that’s when things will really change.

“It’s so easy to go to church and go back to your individual houses of worship—and you can even do it every year—but if we don’t come to know and accept each other as we are, and our differences whatever they may be, then I just don’t think things will change. So, I encourage our people to develop friendships; that’s what I hope is the secondary fruit of this.”

A special offering was accepted by the churches that day to benefit two local ministries—My Refuge and Hope Clinic. My Refuge is a Friday night children’s ministry that meets at Bartlesville, West Oak, and Hope Clinic is a free weekly health clinic that is open to the public on Thursdays evenings, also at West Oak.

“Let’s be clear—this is not a political statement, or even a racial statement,” Rummage emphasized. “It is a statement that Jesus called us together, and we too easily let things keep us apart. Under the cross of Jesus, we are not black Christians or white Christians, but we are Christ followers called to love God and to love people.”

As the date of the Jan. 25 meeting approached, Bartlesville’s First Presbyterian Church decided to participate in the service as well.

Although Paul Koonce, director of missions for Washington-Osage Association, was preaching at another church that day and not present at the special service, he said he has heard many good comments about it.

“Everyone that I talked to said it was excellent. They were blessed not only by the preaching and the singing, but also by the atmosphere of unity and harmony and a real sense of being one in the family of God,” he said. “I know there are a couple of other churches that wanted to join together with them; they are very high energy and that’s exciting for some of our churches that are not.”