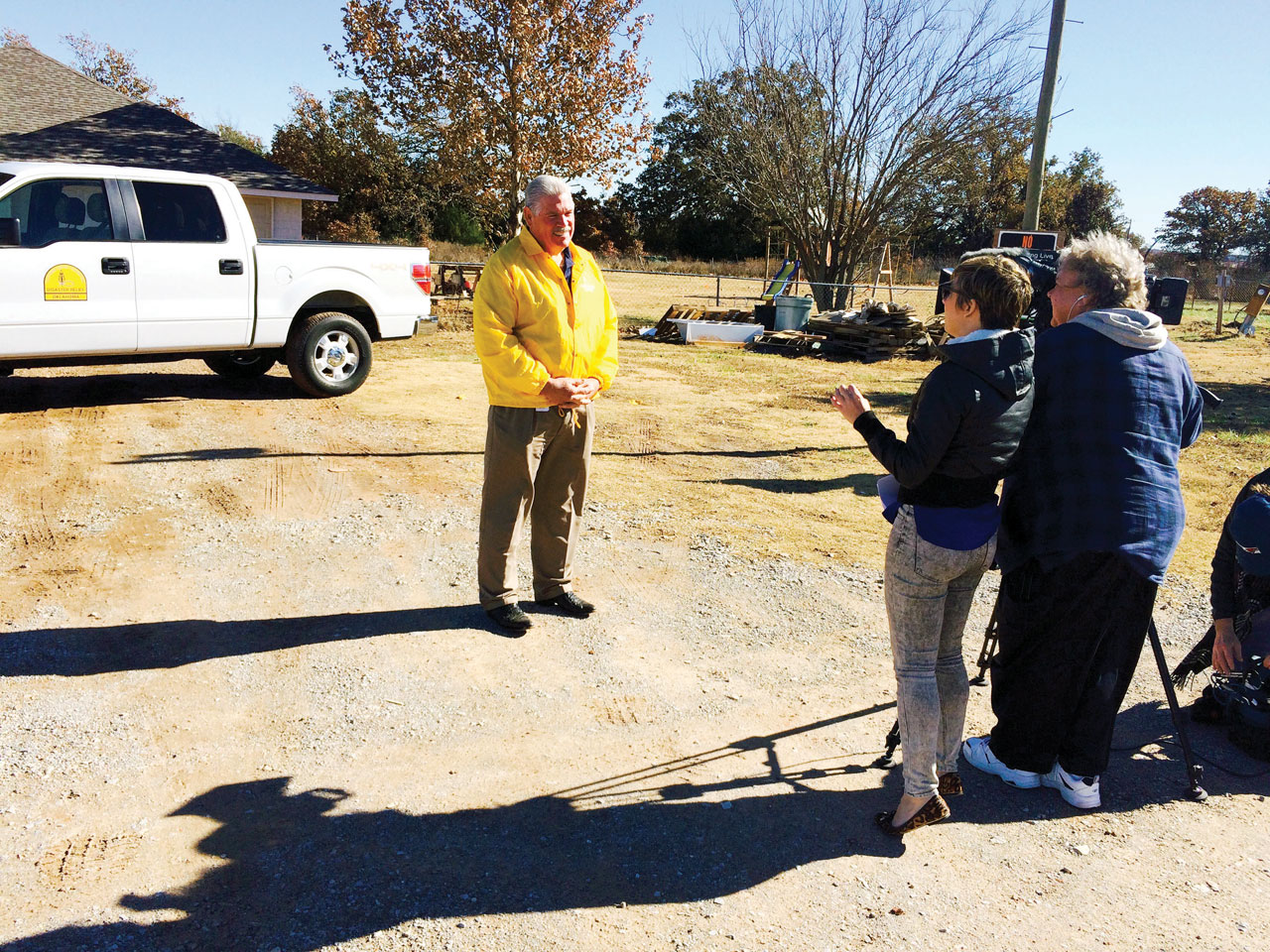 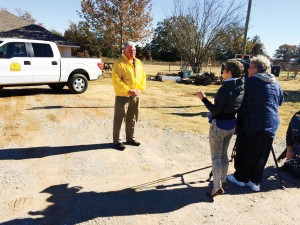 Segments of the show highlighted independent businesses and programs that are not government-regulated, and such examples, Stossel said, have proven to be “better” because of “spontaneity” and “people are free to make their own decisions.”

The show spotlighted the Oklahoma Baptist Disaster Relief (DR) ministry. The show’s online promo said, “After Hurricane Katrina, the New York Times ran the headline: ‘A Big Storm Requires Big Government.’ But FEMA did an awful job. By contrast, after a big storm, private businesses like Walmart, and charities like Oklahoma Baptist Disaster Relief help many people, much more quickly.”

Those in Oklahoma Baptist circles know how impressive and effective the state’s DR ministry has been and appreciate DR’s services. Led by Baptist General Convention of Oklahoma (BGCO) DR Director Sam Porter, they have been involved in responding and serving people who have been affected by numerous national disasters throughout the last 40 years. It is always nice when those on the national level can offer recognition.

“I received a call from John Stossel’s producer, Rikki (Ratliff), back in November,” Porter said, recalling how DR got its acknowledgement. “She said they had received a recommendation from some organizations in the Oklahoma area about Oklahoma Baptist Disaster Relief, and basically were told from non-faith-based groups that we did an excellent job of responding to disasters and helping people in a very significant way.”

Porter was pleased to hear other organizations around the state giving great reports about DR. “That’s what we want,” he said. “We want our organization, Baptist Disaster Relief, to impact the world for the cause of Christ. I am very honored that (John Stossel) would choose our organization as a representative to be spontaneous to respond and get things done in as quickly a way as we can. That’s who we are. That’s what we think Jesus would do. That’s why our mode of operation is we are on mission. We go anywhere, anytime. We respond to any kind of disaster, natural or man-made, which is terrorism in our opinion. And we do respond quickly. And it’s not just the organization itself that Sam Porter and the BGCO runs; it’s the individual volunteers who put themselves on the line every day and they answer the call of God in their life. Being on a national broadcast like Stossel’s confirms that we are doing things the way we should to impact the world for Jesus.”

The process of filming the two-minute segment, Porter said, took about four hours, but he understands how things worked in the news business. He also made a point to the production team to not film him, representing DR, as degrading FEMA because DR works alongside FEMA.

“The thing I wanted them to say was that we can do things quicker and more efficient than FEMA because I answer to the Baptist General Convention of Oklahoma, executive office, board of directors and churches,” said Porter.

“That’s several hundred people, whereas FEMA has to answer to millions of U.S. citizens, and so they naturally have more baggage to deal with, whereas we are pretty much streamlined, and we can move more effectively, efficiently and quicker. So that’s what Stossel was trying to say, and I think he told our story well.

“To me, that’s a big honor,” Porter continued, “for (Stossel) to shoot about 90 seconds-to-two minutes worth on his program to say this ‘spontaneous action’ made a huge difference after natural disasters.”

Porter received feedback as early as the following day, complimenting him and DR for the segment.

“I have had comments from friends as far as New York who knew what we did after Sandy and 9/11,” he said. “I’ve had lots of comments from other Disaster Relief leaders around the United States. Even some of our Oklahoma emergency management people who are government, the state-side of FEMA, sent me a note and said ‘Good job. I appreciate you representing Oklahoma,’ because we work very closely with them, and they didn’t see it as throwing them under the bus in any way.”

Many can recall another national report that was on NBC news, praising DR for the response to the May 2013 tornadoes that hit Oklahoma. News anchors Brian Williams and Harry Smith were reporting live from Moore and referred to DR as the “Faith-based FEMA.”

“As you and I have seen in so many different places in this country,” Smith said to Williams in the broadcast, “if you’re waiting for the government, you’re going to be in for an awful long wait. The Baptist men, they’re going to get it done tomorrow.”

Porter said he knew Smith had seen DR serving after Hurricane Katrina struck, and the news reporter had become well aware of what DR is doing.

“We’ve had ‘perks’ along the way,” Porter said about the media attention. “Again, it adds to us, and we are adding to our brothers and sisters. We are in 42 state conventions, so Southern Baptist Disaster Relief is truly known around the world. We don’t advertise. Salvation Army and Red Cross, they advertise because they have to raise funds from donors. We are in 47,000 churches. That’s our donor base, and they are brothers and sisters. But it’s always cool to know that the national media can’t ignore us because we are there and always will be there.”

Emphasizing his point of always being there to help victims of disaster, Porter said three DR volunteers will be going to New York soon to continue helping with rebuilding projects after Hurricane Sandy.

“Two years after (Sandy) hit, we as Southern Baptists are still helping people who cannot help themselves,” he said. “That probably won’t hit the news, but you never know. That’s the cool thing about this whole Disaster Relief ministry. We make a difference whether we get recognized or not.”