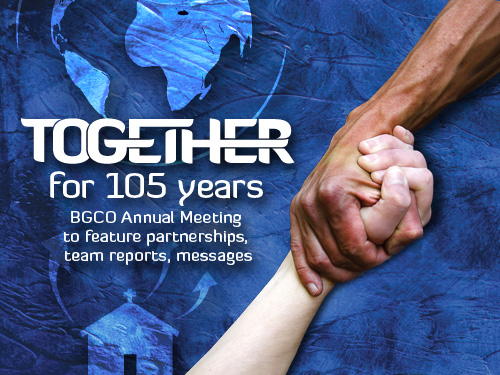 Messengers to the 105th annual meeting of the Baptist General Convention of Oklahoma will hear reports from its three partnerships, and the Mission Advance Team, as well as addresses from a prominent Florida pastor and the BGCO president and executive director during a three-session gathering at Moore, First Nov. 14-15.

The convention will end following a 4:10 p.m. address Tuesday by Stephen Rummage, pastor of Bell Shoals Church in Brandon, Fla. There will be no Tuesday evening session.

Monday evening’s opening session at 6:30 will feature the president’s address presented by Doug Melton, pastor of Oklahoma City, Southern Hills, the annual sermon, delivered by Michael Williamson, associate pastor of Lawton, Northside, and a performance by the Singing Churchmen of Oklahoma, directed by James Bradford, minister of music at Oklahoma City, Quail Springs.

Sam Porter, BGCO partnership and volunteer ministries specialist, will present his first of three reports on the convention’s mission partnerships, this one focusing on the new liaison with Colorado. Other partnership reports will include Mexico, at 10:25 am. Tuesday, and East Asia at 2:45 p.m. Tuesday.

Business sessions will be conducted at 6:45 p.m. Monday and 9:45 a.m. and 2:15 p.m. Tuesday, with election of officers during the Tuesday sessions. Melton is expected to be nominated for a second term as president. Resolutions will be adopted during the 2:15 p.m. session, which will include a report of the Constitution & Bylaws committee presented by Tyson Wynn, chairman and a member of Welch Church in Craig-Mayes Association.