The Politics of Faith 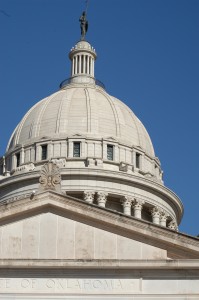 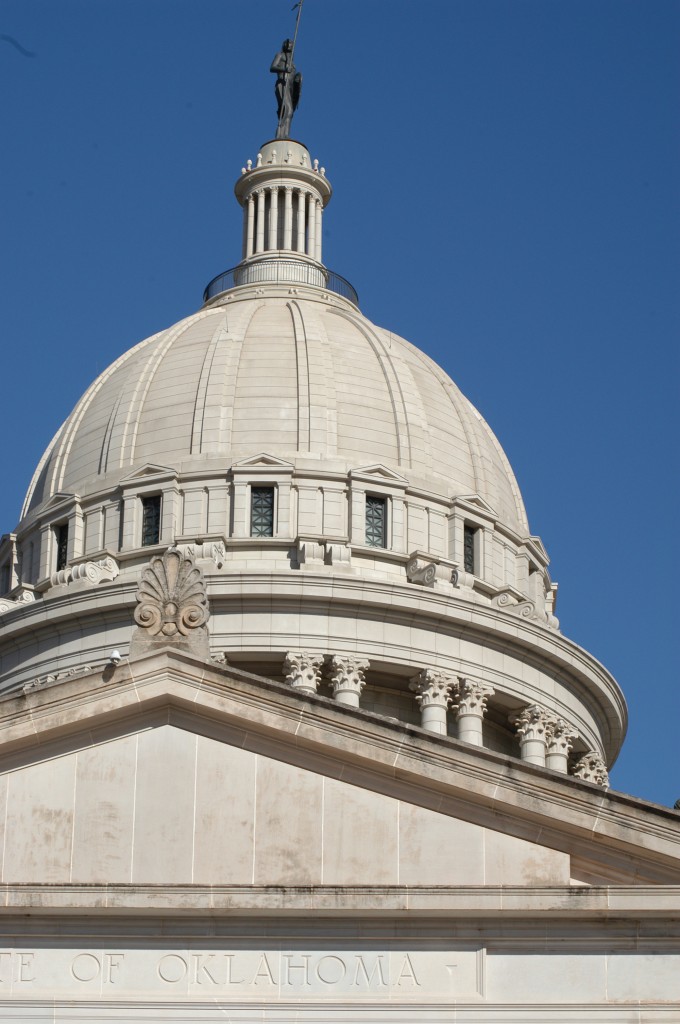 The latest U.S. Religious Landscape Survey presented by the Pew Forum on Religion and Public Life revealed that about one in six Americans is Baptist. The Southern Baptist Convention holds the largest number of congregants in the Baptist tradition, totaling 6.7 percent of the overall national landscape of 17.2 percent who identify in some way with Baptist theology. Oklahoma joins two other states (Arkansas and Tennessee) whose residents that identify themselves in the “evangelical Protestant tradition” number above 50 percent. Of that total, it is estimated that Oklahoma Baptists who affiliate with the Baptist General Convention of Oklahoma number among the largest segment of evangelical life in the state.

Such percentages easily become fodder for political analysts and consultants during the season when Congressional campaigns begin to form. Already, political pundits are speculating how the electoral map might emerge in the elections of 2010. The perennial question of American politics is just how much a theological worldview should be advanced so as to influence public policy—especially social policy—for those who do not share the same commitment to Christianity—or any particular religious view for that matter. Evangelical political influence has been effectively checked by those who desire to portray all religion as dangerous to a free society, fearing that a religious dominance by any religious majority might well result in a dominance of tyranny. This idea has steadily gained traction since Sept. 11, 2001.

Some political theorists and journalists saw religion itself as the driving force behind the attacks on the World Trade Center and the Pentagon. Former Roman Catholic nun, Karen Armstrong, linked the presence of religion with the occurrence of terrorism. The obvious connections of thought: all religions possess latent tendencies toward extremism, all religions are dangerous, therefore all should be equally avoided when it comes to public policy.

A more recent example of the perceived danger of religious thought in public policy was Rabbi James Rudin’s use of the “specter” metaphor that originated with Karl Marx in the Communist Manifesto in his 2006 book, The Baptizing of America: The Religious Right’s Plans for the Rest of Us. He fused the ideas of communism with some of the doctrines of Christianity to reveal a supposed convergence of control factors of both theological/political systems. He documents how “Christocrats” desire to limit individual rights and freedoms and impose a “baptized” federal government into every aspect of life.

The entire concept of morality has come under scrutiny as politicians struggle to determine exactly how social policy is to interact with public virtue—if at all. Morality policy (as it has come to be known by some political analysts and journalists) has shaped much of the social policy agenda since 1979. The beginnings of this subfield of social policy analysis originated with the American professor James B. Christoph of Indiana University.

University of Akron Professor John Green, in his work, The Bully Pulpit, employed what for many in the evangelical world was a neologism—social theology. During the 1960s, the conflict between rival visions of social theologies reached a fevered pitch. It was the civil rights movement followed by the war on poverty then the Vietnam War followed by Roe v. Wade which has sustained the often bitter debate over the role of religion in politics.

A research factor that has largely been ignored, says Green, are the “denominational distinctives which solidify a two-party system.” That two-party system (of conservative and liberal theology) politically separates many Protestant ministers from each other even as both read the same Bible, but come to radically different conclusions about public policy.

Of Marx and Men

An example of how this division in mainline Protestantism occurred is found in the early part of the 20th Century. By 1929, the American electorate had grown tired of the promises of President Herbert Hoover, who often said prosperity was just ahead if only the nation would be patient. A capitalist system founded on a free market seemed unappealing to many ministers in the face of widespread economic hardship.

In the Spring of 1932, the New York East Conference of the United Methodist Church unanimously adopted a report which advocated the federal government should immediately take over the production of goods and services for the entire nation. Every utility company should be changed so as to be a public company, and all notions of business profit were rejected outright. “The profit motive must go,” the report stated. “We must bring our economic order, sick and wounded, to the Great Physician who can cure our social blindness and move us to love our brethren as we ought.” The Address of the Methodist Bishops was somewhat less extreme in their repudiation of capitalism, but they, too, called on everyone to “remake the whole structure of industrial life upon the teachings of Christ.”

By every indication, the Great Physician and agent for the teachings of Christ was the federal government. The “cure” for the economic ailments of the nation was collectivism (or taxes), centralized government planning for every area of economic development, and government ownership for almost every form of industry. The Christian Century, a leading Christian magazine of the day, recommended that the two major political parties be abolished in favor of one vehicle for a unified national policy.

Earlier that same year (1932), Dwight Bradley laid out in the publication a social program for the new party which the true church of Jesus Christ should wholeheartedly support. The plan advocated the full cooperation with the League of Nations; the support of the Kellogg Peace Act; the end of any compulsory military training; full diplomatic recognition for the Soviet Union; immediate federal relief in the form of public works, old age, disability and unemployment insurance; a national banking system; and the full use of the power of the federal government to tax personal incomes at will to finance the endeavor.

Many in the church felt organized Christianity had become so tied to a capitalist system that it had lost its capacity to care for the poor and lift up the downcast. The only solution was to join forces with other social liberals who shared this common goal: the elimination, or at least the amending, of capitalism in the United States. Some saw that without this new “voice for the people,” the church would have no real reason for existence in the industrial age.

The biblical Gospel suffered greatly at the hand of churchmen who, together with various social engineers, sought to make the world anew with little or no attention to Scripture as a guide. The failures of those religiously supported policies would soon hurt those they were originally designed to help and marginalize the church at the same time.

Even President Franklin D. Roosevelt stated his New Deal programs would give Americans a sufficient level of comfort that would allow them to focus on spiritual issues. He often brought the church and state together in terms of benefits for the individual. “The great objective which church and state demands,” Roosevelt stated in 1933, “is a more abundant life.” His use of the phrase, “the abundant life” was a continual theme in his speeches that advocated the New Deal. Roosevelt’s program was framed as the realization of the abundant life Christ came to bring, and Roosevelt publicly exhorted the churches to teach a theology of social justice, even if key theological themes must be laid aside to advance national interests.

The 20th Century brought with it a powerful wave of organized political thought. Paramount in the thinking of the new politically “enlightened” cadre of social reformers was the expansion of government as a tool of social change. The Christian tradition and all that came with it was to be jettisoned for more “progressive” measures.

With this progressivism came a change of heart about theology and the meaning of the church in a society. The church, as it existed in Protestant America, was under attack from forces within its denominational structures to rid itself of any reference to, or public mention of, the rudiments of Christianity (as defined by Holy Scripture and the historic creeds of the Christian church) for fear of being seen as uneducated or uncaring regarding the plight of the poor. Slowly, political issues surfaced and supplanted “nebulous” doctrines that seemed out of date and unable to provide any real solution to the problems of poverty, racism and war.

The late Carl F.H. Henry reminded evangelicals in his lecture at the Acton Institute on Nov. 7, 1995 that “while the Bible does not commend any specific historical form (of government) as incarnating the kingdom of God, scriptural teaching on the nature of God and of human society nonetheless excludes some political options and clarifies the implications of others.” The ongoing interpretation of the political arena will not cease with this round of elections. Rather, the intensity is likely to grow as the polarization of political life (largely influenced by a division over morality) will continue to manifest itself electorally.

It was Henry who wrote in Christianity Today over a half century ago that “fears are deepening that, apart from a vigorous rededication to spiritual and moral values, even the American form of democracy must decline and decay.” For him and for many evangelicals, that rededication must first take place in the local church before it moves to the public square.

Editor’s Note: This is the first in a four-part series that will examine the politics of faith. Future segments will appear monthly until the end of the year. Future topics are: Un-Locke the Church (October); A Political Hermeneutic (November); Toward an Evangelical Public Theology (December).